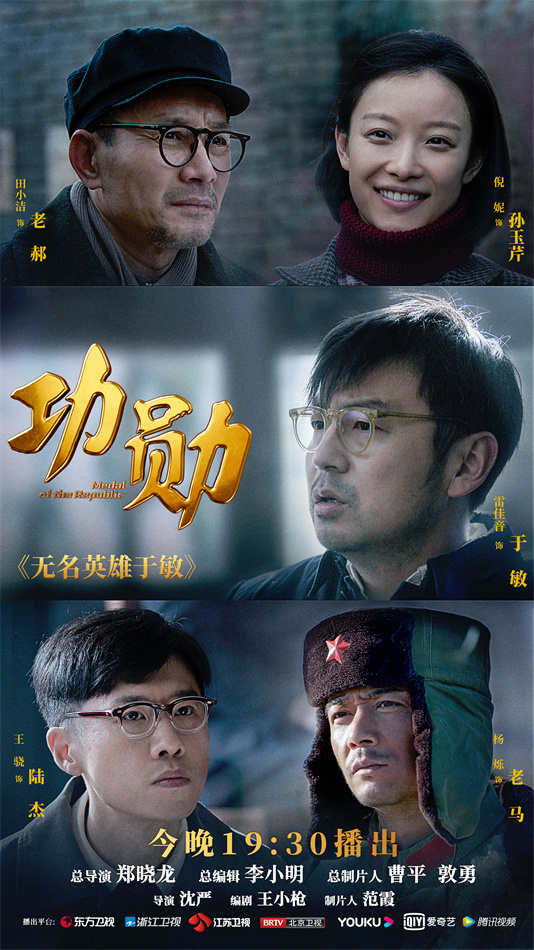 A person’s name will be absent sooner or later, and it is enough to be gratified to integrate one’s meagre power into the prosperity of the motherland. ——Yu Min

Pay tribute to the country’s heroes and tribute to the heroes. The TV series “Meritorious” is a major realistic theme work organized and promoted by the State Administration of Radio, Film and Television. It is also a repertoire of the State Administration’s “Ideal Shines on China-Celebrating the 100th Anniversary of the Founding of the Communist Party of China”, produced and distributed by Chunyu Film and Television, with the famous director Zheng Xiaolong acting as The chief director, Li Xiaoming is the editor-in-chief, Cao Ping and Dun Yong are the chief producers, and Wang Lei, Lei Jiayin, Guo Tao, Huang Xiaoming, Jiang Xin, Tong Dawei, Zhou Xun, and Huang Zhizhong lead the starring roles. Yesterday, the first unit “Neng Wen Neng Wu Li Yannian” officially ended. Li Yannian (Wang Lei) fought bravely against the enemy on the battlefield to resist US aggression and aid Korea. Tonight, the story of the second unit “Unsung Hero Yu Min” is about to begin, and the nuclear physicist Yu Min (Lei Jiayin) will be here. “As a leaf has no importance,” Yu Min downplayed his life achievements, but the country and the people will never forget this incognito hero. He is a truly unparalleled scholar and the upright backbone of the Chinese people. 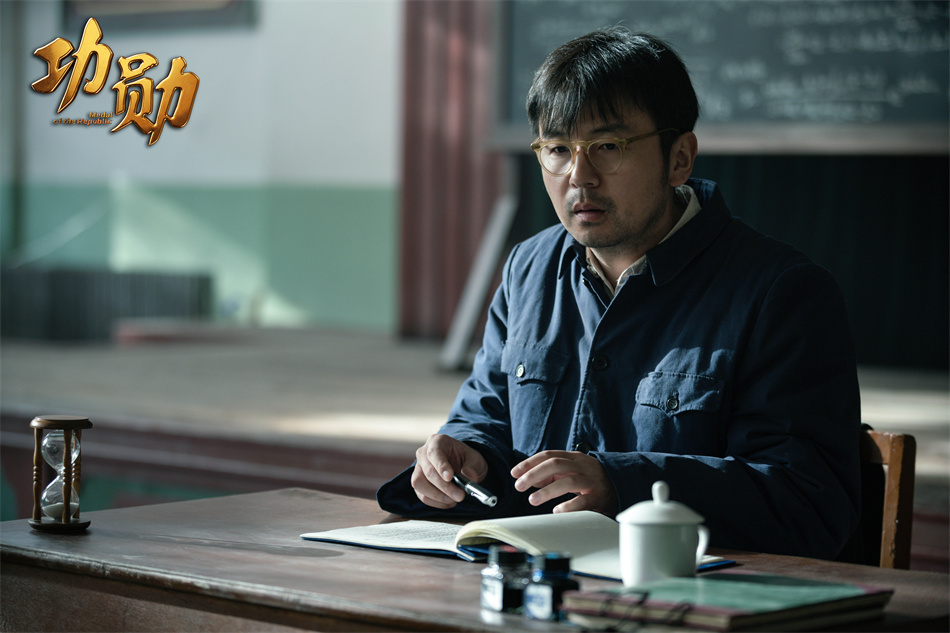 The unit of “Unknown Hero Yu Min” is directed by Shen Yan, written by Wang Xiaoqiang, and starring Lei Jiayin, Ni Ni, Yang Shuo and others. It tells the story of the first batch of “Republic Medal” winners and nuclear physicist Yu Min resolutely obeyed the country Need, a desk, a slide rule, a blackboard, 28 years of incognito, from scratch to explore hydrogen bomb theory research, race against time, the story of safeguarding national defense security, leading us to relive the “draft paper covered the Gobi Desert” Hard years. 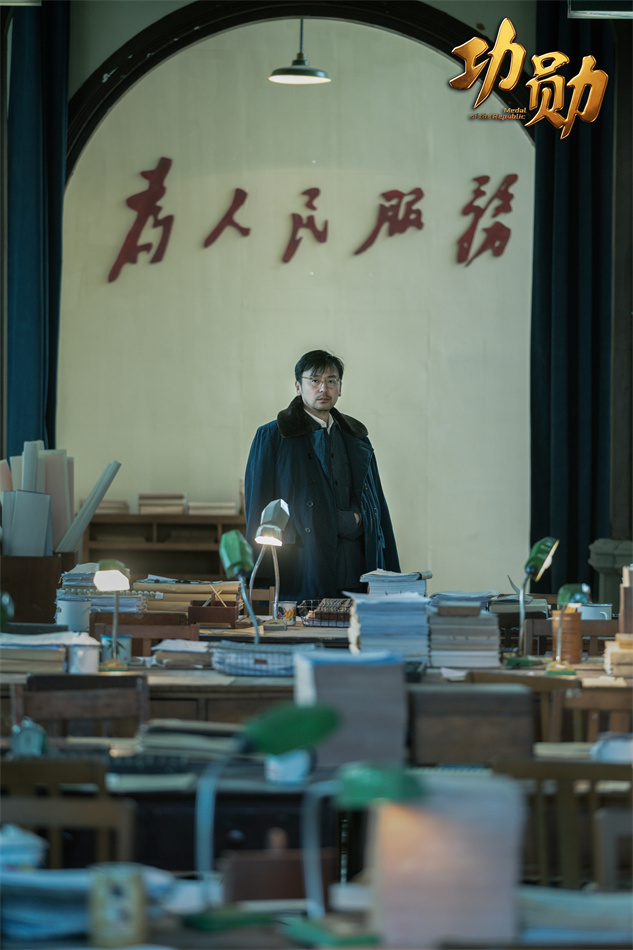 The director of this unit, Shen Yan, is good at creating realistic themes and won the “Magnolia Award” Best Director Award at the 23rd Shanghai TV Festival for his “Chinese-style Relations”. His works have a strong sense of substitution and full of life, and the creation of a three-dimensional, full of pyrotechnic Yu Min is his creative concept throughout the shooting process. At the beginning of the unit, when the leader asked Yu Min if he was willing to transfer to study the hydrogen bomb theory, Yu Min replied, “We can’t let others bully, we must do things for the survival of the country.” A promise that Yu Min will use his entire life to practice, simple and simple. The image suddenly appeared on the screen. 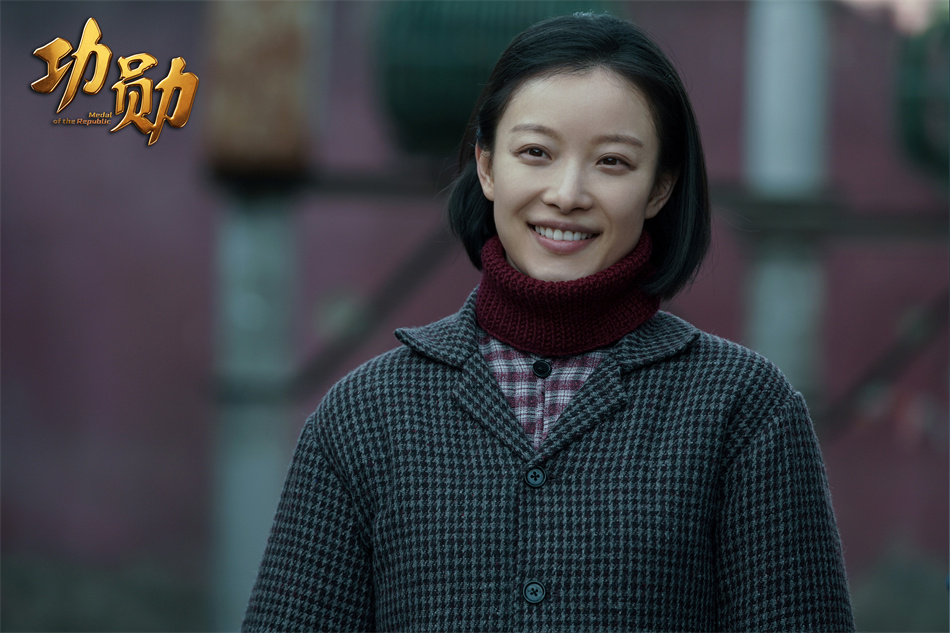 In the poster of Yu Min’s unit exposed today: a pair of round glasses, messy hair, and stubble, but his eyes are serious and his mind is calm…this is Yu Min shaped by Lei Jiayin. At the same time, Sun Yuqin (Ni Ni), Lao Ma (Yang Shuo), Lu Jie (Wang Xiao), Lao Hao (Tian Xiaojie) and other major figures also appeared. The people in these different positions are ordinary and great, and they give up their small family for everyone. In that hard time, either fighting in the front or guarding in the rear, silently dedicated to the national defense construction of our country in their own way. 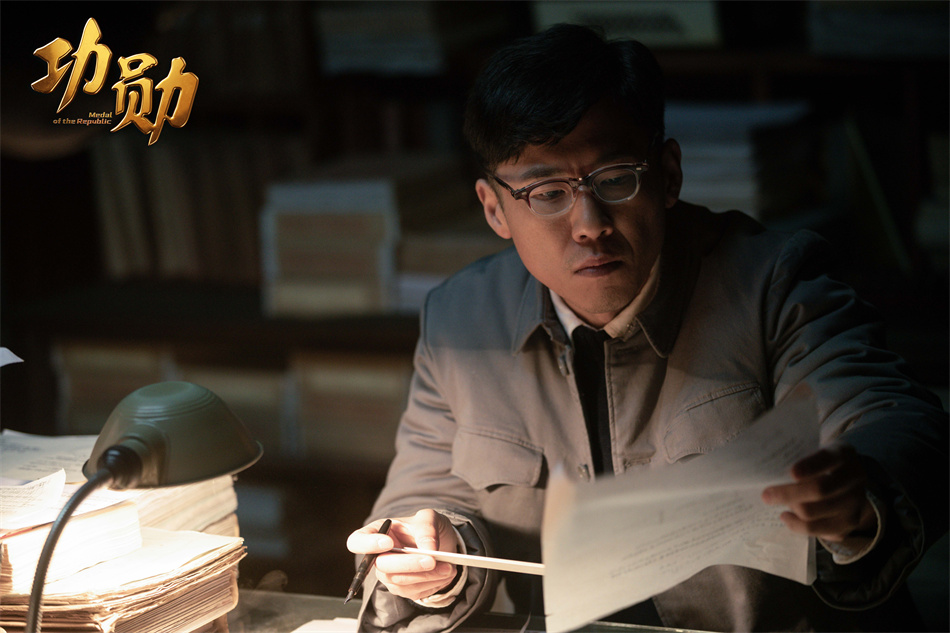 The preview of the unit released at the same time featured Yu Min (played by Lei Jiayin) yelling “I am Yu Min, I lost!” while running a circle in the yard. Colleague Lu Jie (played by Wang Xiao) silently watched the scene by the window. , The two scientists seem to use this as a bet. This interesting episode quickly filled the audience’s interest value, which also shows that “Meritorious” broke the stereotype of the main melody drama and created a flesh and blood hero model. The hourglass turned backwards, time went by, and the blackboard was covered with dense calculations. Under the dim table lamp, Yu Min was utterly distressed. He discovered that the hydrogen bomb research “the calculation results are always not ideal, and the road may be wrong”. In the face of other people’s doubts, he said aloud his beliefs: “Science does not believe in authority, science only believes in truth!” Even if he was criticized blindly and confidently, even under pressure, he never gave up his belief in the pursuit of truth. 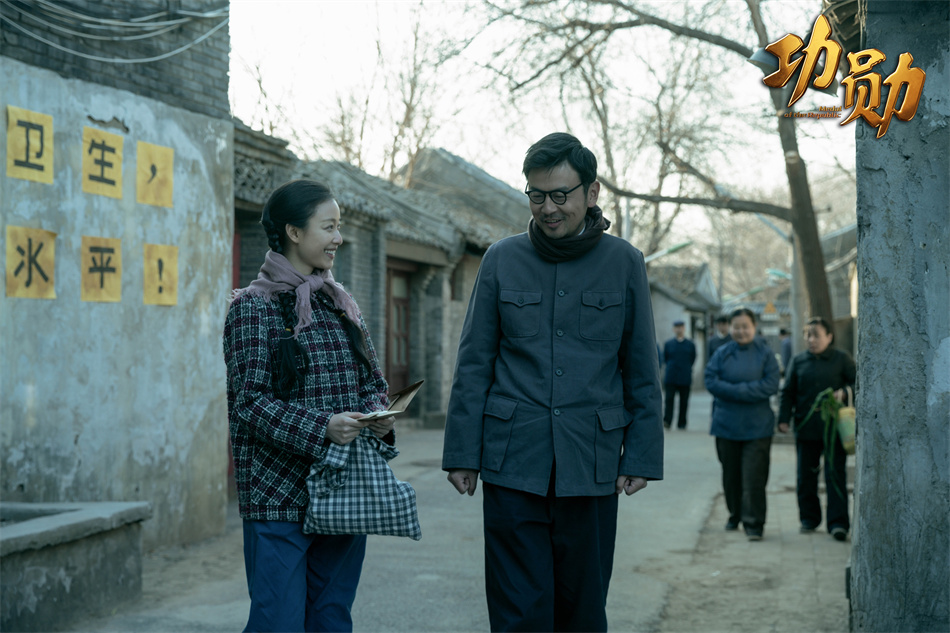 “I want to tell more people about these things”, this is the original intention of director Shen Yan, but he does not want to make the film into a biography of a great man. Therefore, during the preparation of this unit, the creators carefully studied documentaries and other materials, visited Mr. Yu Min’s family, interviewed his colleagues and students, and built up the vivid and lively “Yu Min” in the script and reproduced the five Those hard but bloody days more than ten years ago. 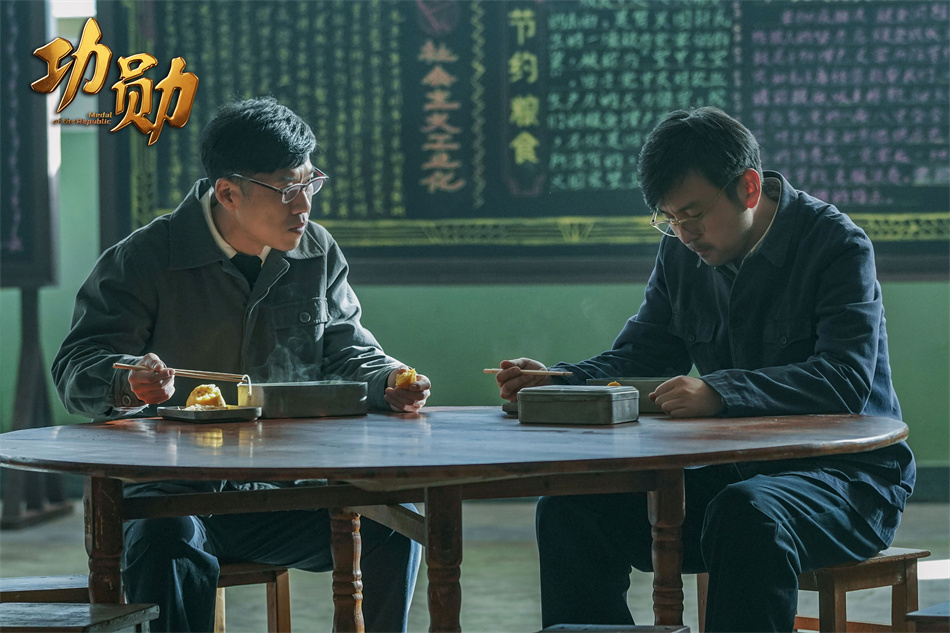 For Lei Jiayin, the interpretation of Yu Min caused him to encounter a lot of problems and pressure. “Most of my previous roles were fictitious characters, but Yu Min is a real person.” After fully understanding Mr. Yu Min’s deeds, he became more awe-inspiring and full of awe. Insufficient. But I have given it all.” The answer sheet carefully handed in by Lei Jiayin is about to be tested by the audience. Ni Ni plays Yu Min’s wife in the play, “Actually, you are meritorious in this house.” This line is Yu Min’s distress and comfort to his wife, and it is also a noble tribute to the families of scientific researchers by the creators. 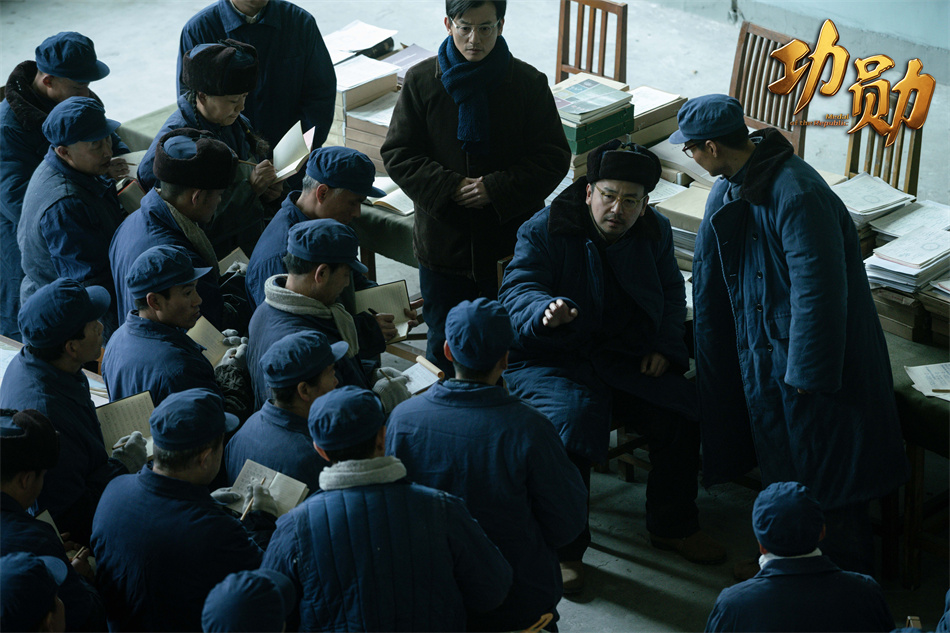 “Meritorious” is currently being broadcasted on top of Beijing Satellite TV, Zhejiang Satellite TV, Jiangsu Satellite TV, and Dragon TV. It is broadcast simultaneously on the three network platforms of Youku, iQiyi, and Tencent Video. The play uses the artistic technique of “national narration, expression of the times”, and uses the form of a unit play to connect the colorful chapters of the first batch of eight “Republic Medal” winners, “Li Yannian”, “Yu Min”, “Zhang Fuqing” and “Huang Xuhua” The eight units of “Shen Jilan”, “Sun Jiadong”, “Tu Youyou” and “Yuan Longping” jointly expressed their praise of the lofty character of “loyalty, perseverance and simplicity”.

All works marked with “Source: China Net Entertainment” on this website are works that this website has legal copyright or has the right to use.

When reprinting, indicate “source and author”.