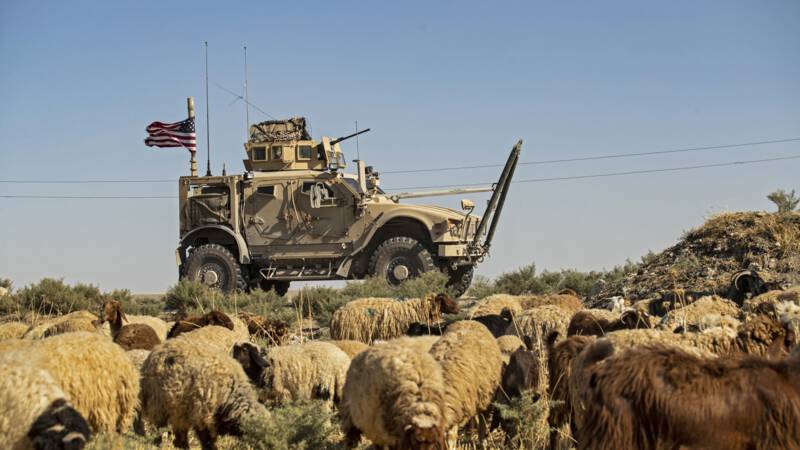 The US has launched air strikes on some Iran-linked militias in eastern Syria. The bombings are a retaliation for a missile attack in which, among other things, an American soldier was injured.

It is the first time under President Joe Biden that the US has embarked on a military operation. Several military targets in Syria were destroyed in the attack, according to the Pentagon statement. Those posts were located near the border with Iraq.

They were manned by fighters from militias like Kata’ib Hezbollah and Kata’ib Sayyid al-Shuhada, who, according to the US, have carried out more attacks on American targets. The death toll from the series of bombings is still unclear.

“This operation has a clear message: President Biden will act to protect US troops and coalition forces,” the Pentagon said. The spokesperson added that it was “consciously acting with the aim of de-escalating the situation in Eastern Syria and Iraq”.

The preceding missile attack happened on February 15 near the Iraqi city of Irbil. A non-American employee of a private military company was killed. A number of American private individuals and a soldier were also injured. Dutch soldiers are also active at the airport, but they were unharmed.

The missile attack was claimed by a Shia militia who translated into English, according to AP news agency Guardians of the Blood Brigade hot. This group is also linked to Iran, but this week said it had nothing to do with the militia.

The Pentagon spokesman said he could neither confirm nor deny that this group was actually behind the Feb. 15 attack. The Iraqi authorities are still investigating who the perpetrators are.

See Also:  Austria is changing its vaccine strategy, it will not rely on the EU alone