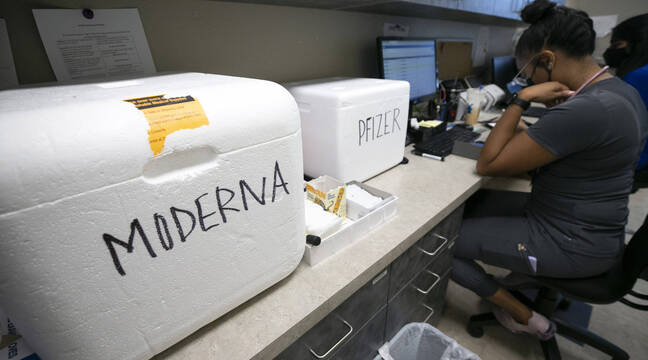 The American health authority, the Food and Drug Administration (FDA) decided to add a new warning on Friday to the leaflet accompanying the vaccines against the
Covid-19 Moderna and Pfizer. This concerns the rare risk of heart inflammation in some patients after administration of the vaccine.

According to FDA, the risks of myocarditis and pericarditis would be higher after the injection of the second dose and the symptoms would appear a few days after the vaccination.

The Vaccine Adverse Event Reporting System (VAERS) in the United States, reports for its part that as of June 11, more than 1,200 cases of these inflammations had been reported out of nearly 300 million doses of messenger RNA vaccine administered.

As a result of these side effects, 309 people under the age of 30 have been hospitalized in the United States, according to the American Centers for Disease Control and Prevention (CDC). Since then, 295 of them have been discharged from the hospital.