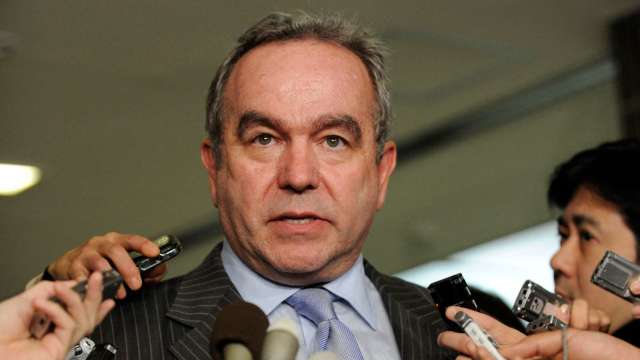 Kurt Campbell, the White House’s Asian Policy Coordinator, said that many US senators visited Taiwan to show the US commitment to “stand with Taiwan.” The US will continue to provide Taiwan’s defense materials, but Taiwan must also strengthen its defense against enemies. ability. In addition, China’s policy is strongly opposed globally, and China itself can only be blamed.

Campbell is the coordinator of Indo-Pacific affairs. This position is known as the “Asia tsar” (Asia tsar). He himself has visited Taiwan many times and is a relatively friendly and hardliner of the Democratic Party.

Campbell stated in a meeting of the Center for New American Security (CNAS) to discuss Indo-Pacific affairs that the U.S. Senator’s visit to Taiwan showed that the U.S. “stands with Taiwan.” The U.S. will continue to provide Taiwan with defensive “supplies.” Strengthen one’s own ability to defend against the enemy.

US Secretary of State Blincoln also mentioned at the meeting that when everyone is focusing on “large weapons systems,” the United States should focus on strengthening Taiwan’s “asymmetric capabilities”, such as reserve military reforms.

Regarding China, Campbell said that China’s foreign policy establishments are well aware that their own diplomatic strategies have made the world resent the Beijing government, including building militarized artificial islands in the South China Sea and declaring sovereignty, and adopting a tough attitude towards global diplomacy.

He said: “In the past two years, China has faced troubles not because the United States deliberately finds ballast, but because China is doing its own thing.”

Campbell believes that Xi Jinping has gradually become the only decision maker in China, instead of being a member of the decision-making team in the past, and the team that helps Xi Jinping make decisions is getting smaller and smaller.

He also revealed that the four-party security dialogue consisting of the United States, Japan, India, and Australia（Quad）Focusing on “deepening” cooperation with each other, it has also revealed that other countries are “interested” in the four-party security dialogue and that they do not exclude other countries from joining. Quad is scheduled to hold a meeting in the second half of the year.