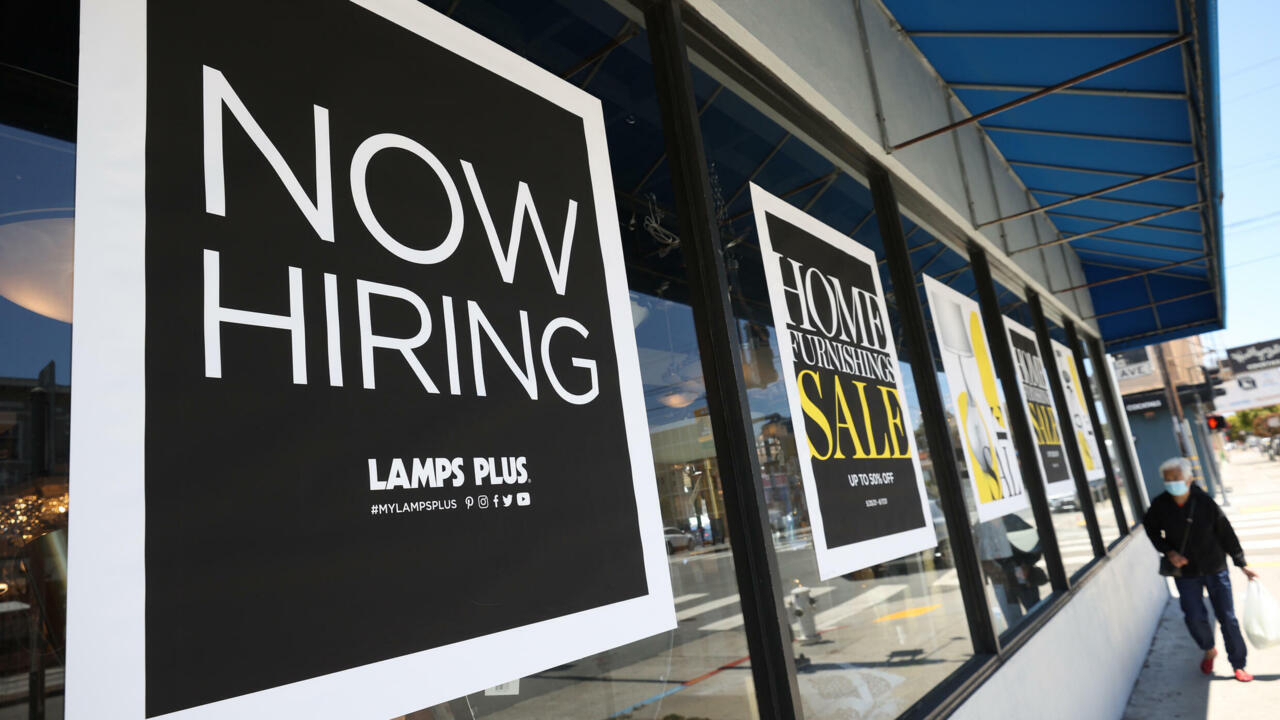 Millions of Americans who found themselves unemployed with the pandemic have now returned to work, but black and Hispanic workers are struggling to get hired again, an inequality that has plagued the United States for decades.

These disparities are fueled by long-standing discrimination in employment, point out the experts, but also by specific disruptions, linked to Covid, preventing some unemployed people from finding a job to which they can go, or in which they can find themselves. feel safe.

These issues of “underlying economic disparities” are “not really addressed,” laments Kate Bahn, director of labor market policy for the NGO Washington Center for Equitable Growth.

After skyrocketing to 14.7% in April 2020 due to containment measures intended to prevent the spread of the virus, the US unemployment rate fell back to 5.9% in June.

A racial and ethnic divide that the world’s largest economy was already experiencing long before the pandemic struck, when unemployment was at its lowest in 50 years.

President Joe Biden has vowed to tackle the problem, arguing that the two massive investment plans he hopes to push through Congress can ensure a sustainable and more inclusive economic recovery.

This is also the objective of the American Central Bank (Fed), when it says it wants to keep key rates close to zero for a while in order to promote employment among minorities, which had taken nearly a decade. after the 2008 global financial crisis.

“Everyone does better when the cake is bigger, and the cake grows by being offensive on these subjects,” William Spriggs, chief economist of the AFL-CIO union federation, told AFP.

July’s unemployment rate will be released on Friday, and may have fallen further to 5.6%, with nearly a million jobs created.

“There is a permanent inequality between black and white people when it comes to rehiring,” commented William Spriggs.

The share of black women looking for work is thus higher than that of white women. At the same time, all over the country, companies are struggling to find candidates for certain positions.

For this economist, “as long as we do not take discrimination in hiring and work seriously, we simply will not be able to move forward”.

The challenges of the pandemic persist, and they are preventing some workers from accepting or even seeking jobs, observes Walter Simmons, president of Employment Prince George’s, a nonprofit based in a predominantly black suburb. and Hispanic from the federal capital Washington.

Thus, public transport has not yet resumed its usual schedules and frequencies, a constraint for some job seekers, while open crèches and day care centers have been reduced, which poses a problem when parents have to work.

And when several generations live under the same roof, there is great fear of contracting the virus at work and of infecting those close to them, all the more so with the outbreak of the highly contagious Delta variant, adds Walter Simmons.

“These are three areas for which no one really has an answer. They just say + come back to work”, he lamented in an interview with AFP.

Unemployment benefits, more generous and paid to all unemployed people until September 6, still allow these workers to survive. But half of the country’s states have already reduced or eliminated them.

Walter Simmons is worried about the future, fearing that “those who were already struggling before the pandemic” will find themselves in even more difficulty.