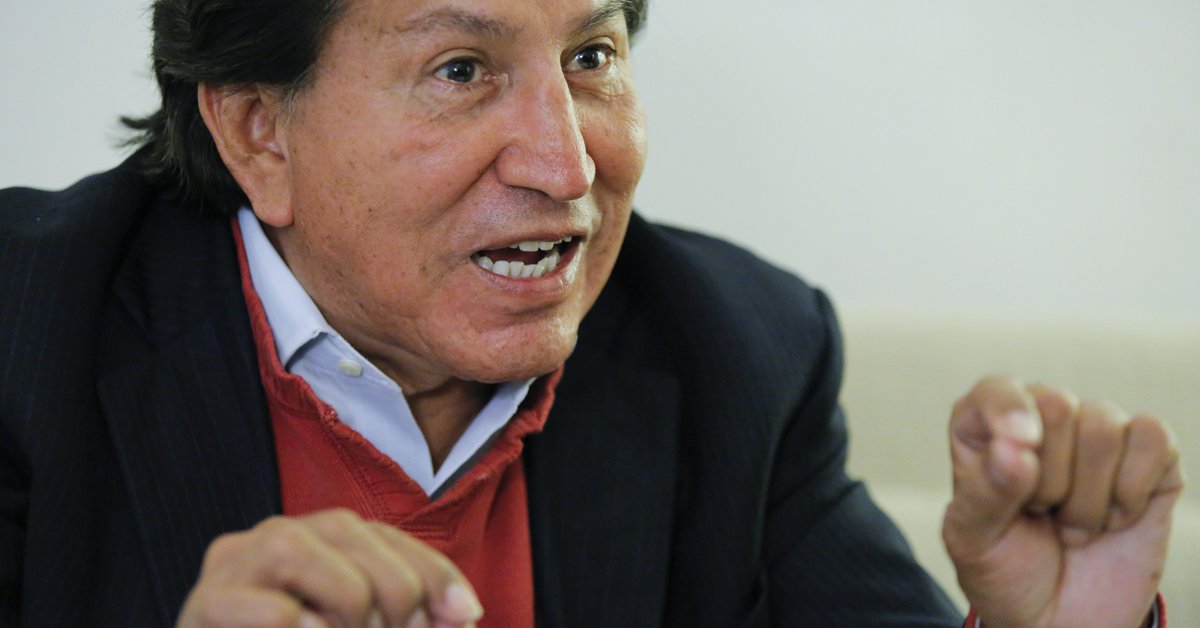 The justice of USA resolved this Tuesday that the former president Alejandro Toledo Manrique can be extradited to Peru, where is accused of corruption for the Odebrecht case.

The American magistrate Thomas Hixson I certify that Alexander toledo he may be extradited to Peru, having found sufficient evidence to justify this measure.

With the approval of the American Justice, will now depend on the US Secretary of State, Antony Blink, make the final decision on whether or not the former Peruvian president is extradited, after a process that has lasted more than two years.

“The court has considered the evidence on the existence of a criminal act and considers it sufficient to support the charges of conspiracy and money laundering “Justice Thomas Hixson of the Northern District Court of California, based in San Francisco, wrote in his resolution.

The Friday, September 24, Judge Thomas S. Hixson, of the Northern District Court of California, evaluated the extradition request against the former president Alejandro Toledo Manrique for the case Odebrecht.

The hearing, which was held through the Zoom platform after an agreement between the prosecutors and the defense of the former president, was attended by the prosecutor Rebeca Haciski, Alejandro Toledo and his lawyer Graham Archer.

During the session, Haciski rejected the evidence presented by Toledo, stating that it is neither relevant nor admissible.

For his part, The judge specified that it was a hearing to determine probable cause, where the facts and the classification of the crimes are evaluated, for which Toledo is asked to return to Peru to be tried.

Similarly, probable cause evaluates the evidence that exists to date and that has been presented in the United States court, through the Department of Justice.

The attorney for the Lava Jato case, Silvana Carrion, who traveled to the United States, clarified that the prosecution of the former president for the alleged bribes he would have received from the Brazilian construction company for the Interoceanic highway only corresponds to the Peruvian authorities.

Toledo Manrique was arrested on July 16, 2019 in USA and during the first months of the extradition process, he was held in the Santa Rita prison and the Maguire correctional facility, on the grounds that there was a risk of escape.

However, with the onset of the pandemic, he was released on March 20, 2020 to serve house arrest. The ex-president is obliged to wear a shackle.

Peruvian justice awaits the extradition of Toledo Manrique to be processed for the alleged bribes of US $ 35 million that he would have received from the construction company Odebrecht in exchange for the award and execution of sections 2 and 3 of the South Interoceanic Highway during his government.

The extradition treaty between the two countries that the judge has examined and by virtue of which it is possible to proceed with the delivery of Toledo to the Peruvian authorities was signed on July 26, 2001, just two days before Toledo acceded to the Presidency of Peru.

The attorney for the Lava Jato case, Silvana Carrión, pointed out a few days ago that the coordination carried out in the United States with the Peruvian embassy and the law firm hired by Peru for the extradition of Mariella Huerta Minaya and Gustavo Salazar, fugitives in the Odebrecht case.

The working meetings were held in conjunction with prosecutors Rafael Vela and José Domingo Pérez, from the Lava Jato special team, in charge of the investigations into this case.

Carrión said Mariella Huerta Minaya is under investigation for the concession of Section 2 of Line 1 of the Lima Metro, while Salazar Delgado for the alleged payment of bribes for the work Vía Expresa del Cusco.

“They are fugitives, the United States is there, the Department of Justice is evaluating these two extradition requests, we have met with the Peruvian embassy and the law firm hired by the Peruvian State for extradition cases.”, He said.

(With information from Agencia Andina)

César Hildebrant: “It seems that there were three presidents: Bellido, Castillo and Cerrón. It’s chaos “
COVID-19: blended classes are suspended at Surco school due to a case of coronavirus
Prosecutor’s Office criminally charged Miriam Morales and Richard Cisneros for irregular contracts at the Ministry of Culture
Ethics Commission will investigate Guillermo Bermejo for speaking in favor of closing Congress