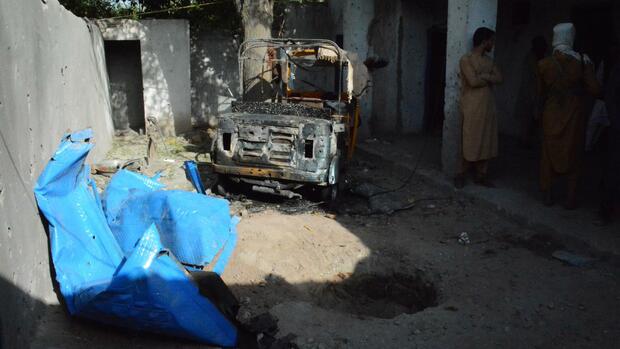 Washington The US military has acknowledged the killing of civilians in an air strike in the Afghan capital of Kabul in late August. The drone attack was a “tragic mistake,” said US General Kenneth McKenzie, who heads the US Central Command Centcom, on Friday. An investigation showed that up to ten innocent people, including up to seven children, died.

In addition, it is believed that it is unlikely that the vehicle and the people killed would have posed a direct threat to the US armed forces or were connected to Isis-K, an offshoot of the Islamic State (IS) terrorist militia.

After the militant Islamist Taliban came to power in Afghanistan in mid-August, the US and its international partners began a military evacuation mission to evacuate their citizens and former Afghan local staff. A few days before the US air strike, dozens of Afghans and 13 US soldiers were killed in an attack by IS, which is hostile to the Taliban, outside Kabul airport. The US responded with air strikes and targeted Isis-K fighters.

Shortly after the US air attack on August 29, the media reported that several civilians had died. The US did not directly reject this, but announced an examination. “This blow was carried out in the serious belief that it would prevent an imminent threat to our armed forces from the evacuees at the airport, but that was a mistake,” McKenzie said now.

But it was not a “hasty attack”. The vehicle had previously been observed for eight hours and was very worried that it was moving towards the airport. The Americans expected further attacks there in the last few days before the US military withdrew. McKenzie apologized, but defended the airstrike with the suspected imminent threat. However, compensation is now being considered. “As the commander, I am fully responsible for the tragic outcome of the attack,” he said.

The US military had originally announced that the destroyed vehicle contained “a large amount of explosives”, which may have resulted in further casualties. We now know more, said Petagon spokesman John Kirby. Chief of Staff Mark Milley had defended the air strike after initial reports of possible civilian casualties. The last US troops left Kabul at the end of August – two weeks after the Taliban came to power. This ended the international mission in Afghanistan after almost 20 years.

More: The US President has issued a new warning to the Afghan offshoot of the IS terrorist group. With a view to future military missions, Biden announces that he will learn from mistakes.