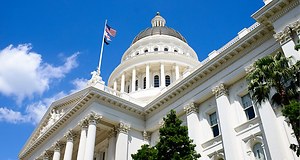 The European regulation on the protection of personal data (RGPD) is emulated in the United States. Against a backdrop of scandals and mistrust of Web giants like Facebook or GoogleUS senators will continue on Wednesday, December 4 the examination in committee of two bills – one carried by the Republicans, the other by the Democrats – aimed at setting rules at the federal level.

Time is running out as some states in the country have already made good progress on these issues, like California, whose text is due to come into effect in less than a month, on January 1, 2020. "We are at a key moment", said Republican Senator Roger Wicker in
an article from the "Wall Street Journal

"Published earlier this week, while it still has to agree at the federal level with the Democratic opposition to reconcile the two texts in question and pass a final version. He is a fervent militant of a national law, rather than letting the States on this hot topic for the digital economy.

The price of a patchwork of regulations in the United States

More complete and stricter than the few sectoral or local rules already in effect in the country of Uncle Sam, the Californian text
is inspired by Europe

to protect consumers against the unauthorized trade and use of information about them in the first place. For example, the text will address the allegations
to the Cambridge Analytica political marketing company

, which had analyzed the interests of 87 million Facebook users without the knowledge of all, and this to win its candidates in several election campaigns between 2013 and 2016. Next year, companies that collect personal data will have to display the color to obtain the consent of the Californian Internet users, by specifying to them the nature of the data which they preserve and the use which will be made of it.

But companies in Silicon Valley whose business model relies on legal monetization of personal data are afraid to pay the price of a patchwork of regulations if other states in the country followed the example of California. After pleading for a single law, common to the 50 US states,
their lobbyists

hope that Democrats and Republicans will come to a compromise.

Reflections on an American CNIL

The parliamentary debates are just stumbling over the strength that such a federal law must have in relation to the laws of the states. Roger Wicker would like the national law to be as protective as California law and to invalidate it or other local regulations. This would prevent states from voting more restrictive measures. On the contrary, the Democrats intend to leave the States the leisure to enforce their own text.

In the Democratic camp, voices are also rising to create an agency of privacy online, within the US competition authority. Two elected officials of the State of California have filed at the federal level a bill providing for the creation of this regulator, comparable to the French CNIL but which could include 1,600 people.

Rapinoe: "I did not understand the tactical system of the France team"