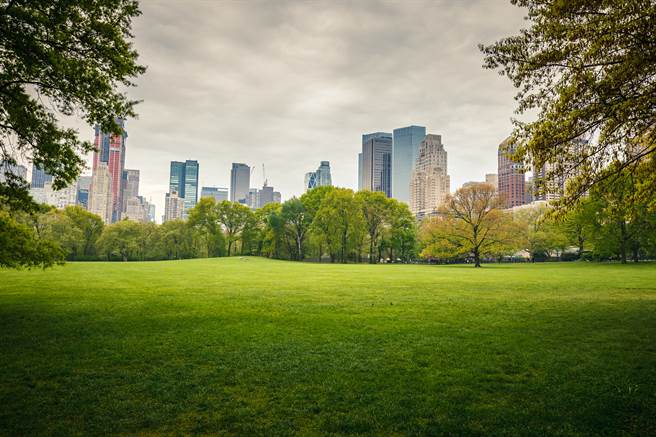 In order to determine whether parks will become the source of the spread of the pandemic during the pandemic, Drexel University of Pennsylvania conducted an investigation into 22 parks in Philadelphia, Pennsylvania and New York City, New York, to observe how people are doing during the pandemic Use these parks. It turns out that these parks are not related to the confirmed cases in the surrounding communities. The research team concluded that during the pandemic, the park did not increase the spread of new coronary pneumonia, but instead provided a place of comfort for people seeking respite due to social isolation.

This research report has been published in the “Journal of Serious Events”, Volume 7, No. 4, 2020. The paper pointed out that cities are particularly vulnerable to epidemics due to their high population density and connectivity to transportation. The connection between cities has accelerated the spread of diseases. With the pandemic of the new crown pneumonia, cities across the United States have been closed, schools and businesses have been closed, and people’s social activities have also been cancelled. It is not just the reduction in the movement of people, but also changes in air quality, greenhouse gas emissions and wildlife behavior.

As a green infrastructure, parks not only provide biological habitats in cities to increase biodiversity, and reduce urban heat islands; parks can also promote social connections, entertainment, leisure, and community organization activities, thereby building a sense of trust and generating places. Attachment. This kind of social support and psychological feeling can bring people physical and mental health and happiness.

However, with the COVID-19 pandemic, the government restricts social gatherings; people spend more time at home, and the role of parks during the epidemic has become more uncertain. Although the park helps to alleviate feelings of isolation and anxiety, it is also suspected of being a coronavirus exposure site. Indeed, the existing literature points out that if park facilities are not properly disinfected, the virus can attach to metal and plastic objects for hours or even days. In addition, the gathering of people in the park has greatly increased the chances of the virus being transmitted through saliva; combined with a large number of homeless groups gathered in the park, it has made government agencies worry that the park has become the tipping point of the epidemic and closed it.

In order to explore whether parks will increase the spread of the new crown pneumonia epidemic, the research team investigated 22 parks in Philadelphia and New York City. The study period is from May to July 2020. The selection criteria are population density and vulnerability. A total of 22 parks were selected based on low, medium, and high population density, and high social vulnerability and low social vulnerability; among them, 15 Two parks are located in Philadelphia and seven are located in New York City. Although out of caution, the municipality closed public amusement parks with high contact such as swings, but the parks in Philadelphia and New York remained open for use throughout the pandemic.

It turns out that in areas with high population densities, parks are indeed used more frequently, and the rate of use by men is higher than that by women. However, the results of the study found that the increase in usage does not mean that the spread of new coronary pneumonia in neighboring communities has increased. In fact, the spread of new coronary pneumonia is more related to social vulnerability.

Secondly, from the perspective of tourists’ use of the park and whether they engage in high-risk behaviors (such as contact sports without social distancing, not wearing a mask, coughing and not covering their mouths), only a small percentage of park users do not wear a mask. About 22.7%, 1.2% in New York; 0.7% in Philadelphia, and 0.9% in New York, spitting or coughing without covering their mouths. Similarly, about 1.6% of Feicheng and 12.9% of New York visitors engage in contact sports in the park.

The research team said that although it is understandable that the government closed the park due to cautious considerations; research shows that there is insufficient evidence to confirm that the increase in the use of the park during the pandemic will cause the spread of the epidemic. People continue to visit the park during the lockdown, which reflects that the park has become a place for residents to breathe psychologically under the severe epidemic.

Of course, this does not mean that the park has no risk of transmission; on the contrary, it is precisely because most park users maintain social distance, wear masks, avoid contact sexual activities, and even avoid touching their faces and washing hands frequently, that makes the park become A safe haven for the soul.