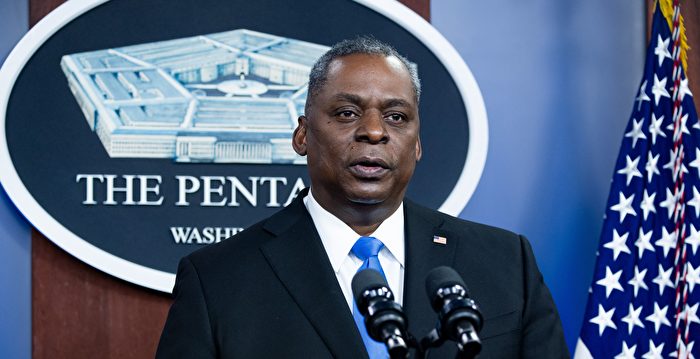 [Epoch Times News on May 1, 2021](Epoch Times reporter Xu Zhenqi comprehensive report) Friday (April 30), US Secretary of Defense LloydAustin(Lloyd Austin) In his first major policy speech, he put forward a war vision that is completely different from the last traditional war in the past 20 years, saying that the next major war will be completely different from the past. He urged the military to move in a faster and more innovative direction and act at the “speed of war.”

AustinWhen inspecting the US Pacific Command in Hawaii, he said: “The way we fight in the next major war will be very different from the past.”

Austin emphasized the importance of emerging technologies, as well as the rapid increase in computing power, to push the military into the future and bid farewell to the more traditional Middle East warfare model that is conducted on the conventional battlefield.

Austin said in a speech on Friday afternoon: “The rapid development of technology means that we are doing work to ensure the safety of the United States in all five areas of potential conflict (not only air, land and sea, but also space and cyberspace). Changes.” “They mean that we need new capabilities and flexibility to handle future battles.”

Austin chose to deliver this first important speech at Pearl Harbor, the center of US military power in the Indo-Pacific region. CNN reported that the defense secretary hardly mentioned any specific allies or opponents in his speech, but his speech obviously alluded to the CCP’s accelerating military modernization in order to expand its influence in the Western Pacific region and intends to fight the United States in cyberspace. .

He said that the US military cannot be complacent about thinking that it is the most powerful and capable military force in the world today. Austin said on Friday: “What we need is the right combination of technology, operational concepts, and functions. They are intertwined in a reliable, flexible and powerful network that will bring our opponents to a standstill.” “We need to create advantages for us. To create difficulties for them (the opponents).”

At present, the United States has begun to withdraw its troops from Afghanistan to end the longest war in American history and reset the mission priorities of the Department of Defense. Austin admitted that he has spent most of the past 20 years in this last traditional war.

Austin proposed a new paradigm of deterrence in all areas of warfare. CNN reported that in the future, the US military will rely on investment in cutting-edge technologies such as quantum computing and artificial intelligence. These concepts are not used when fighting ISIS in Iraq and Syria, or fighting the Taliban in Afghanistan, but are essential to deter the CCP.

Although Austin did not explicitly mention the CCP, General Philip Davidson, the outgoing commander of the US Indo-Pacific Command, issued a frank assessment of the current situation after Austin.

“The strategic competition in the Indo-Pacific is not between us (the U.S. and China), but a struggle between freedom (the basic idea behind a free and open Indo-Pacific) and the autocratic and lack of freedom of the CCP’s goals.” Davidson Said, “This competition does not put us on the path of conflict. Our first job is to maintain peace. To do this, we must be prepared to fight and win.”

See Also:  [국제]"Chinese spokesman shows photo of US prisoner and claims to be black slave"

He reiterated that the CCP is carrying out “harmful” actions to challenge the U.S. dominance in the Indo-Pacific.

Two weeks ago, the top US intelligence official warned that the CCP constituted an “unmatched priority concern” for the intelligence community, and that CCP’s cyber capabilities could affect and damage critical U.S. infrastructure.

Austin’s speech emphasized the fundamental shift in the Pentagon’s thinking, that is, from the Middle East war to planning for future conflicts with China and Russia. Austin once named the CCP as a “close challenge” and “near-end opponent” of the US military.

The Biden administration is committed to strengthening alliances with Japan, South Korea, and other countries in the region to fight the CCP together. This transformation has gone beyond the military realm.

Austin said: “We will work more closely with friends in the Indo-Pacific region and other regions, especially friends in Europe, to strengthen a rule-based international order that is conducive to free development.”

“As I said, our allies are power multipliers and strategic advantages that our competitors cannot match.” He said.