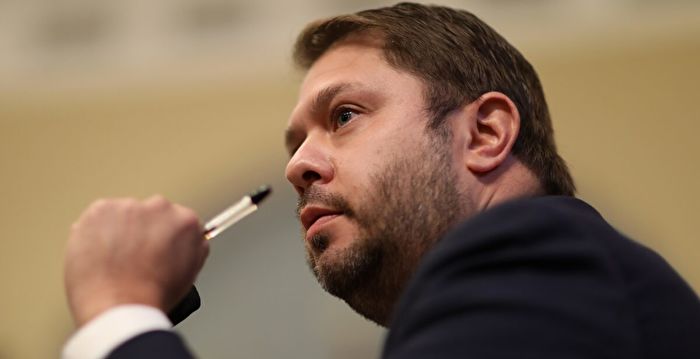 [Epoch Times September 27, 2021](Reported by the English Epoch Times reporter Zachary Stieber/Compiled by Li Yan) The latest version passed by the US House of Representatives this weekDefense Expenditure ActIncluding a clause that would establish a new office to investigate the aerialUFO(UFO) incident.At the same time, the Senate is also reviewing its own version ofDefense Expenditure Act, Also contains similar clauses.

If the 2022 National Defense Authorization Act is passed by the Senate and signed by President Joe Biden, a new office will be created within 180 days after the bill is promulgated. The office will be responsible for formulating the Ministry of Defense to collect and analyze relevant “Unknown aerial phenomenon“or”UFO“Reporting procedures.

The office will also assess the links between these UFO incidents and foreign governments, try to figure out whether these phenomena pose a threat to the United States, and report these phenomena to Congress every year. The first report should be no later than December 31, 2022.

This office will replace a task force established by the Pentagon last year.

The clause was proposed by Arizona Democratic Rep. Ruben Gallego (Ruben Gallego), who believes that the current system is insufficient.

“Knowing our flying objects in the sky is in the national security interests of the United States.” Gallego said in a statement this month: “Whether it is emerging technologies from strategic competitors and opponents, or aerial phenomena of unknown origin”, the United States The military must have a complete intelligence system to “swiftly respond to these potential threats.”

Gallego told the US political news website Politico this week that people in the Pentagon who are currently engaged in research on UFOs and similar phenomena usually also devote themselves to other tasks.

He said: “The national security agency is completely lacking in attention to this and cannot really understand what happened.” He said: “I think that in the Department of Defense (with respect to the UFO phenomenon) there has always been a pastime that is partly curiosity. But. The entire defense enterprise does not have any professional measures…so that we can really make some thoughtful and insightful decisions.”

The U.S. government released a report on the phenomenon of unidentified flying in June. This 9-page report reviews 144 UFO sightings since 2004.

Government officials said that these phenomena “obviously constitute a flight safety issue and may pose a challenge to the national security of the United States.”

But they also said that the number of high-quality reports on these unidentified objects is limited and called for improvements in the way the government collects and analyzes intelligence.

“I decided to really implement the action in words.” Gallego said that they held a briefing on the UFO phenomenon and demanded that “all departments need to have standardized data collection.”

The provisions proposed by Gallego are not part of the Senate version of the Defense Funding Act S.2610. While the Senate is considering this intelligence funding bill, the task force previously established by the Pentagon will be retained, but as required, more UFO-related data will need to be disclosed.