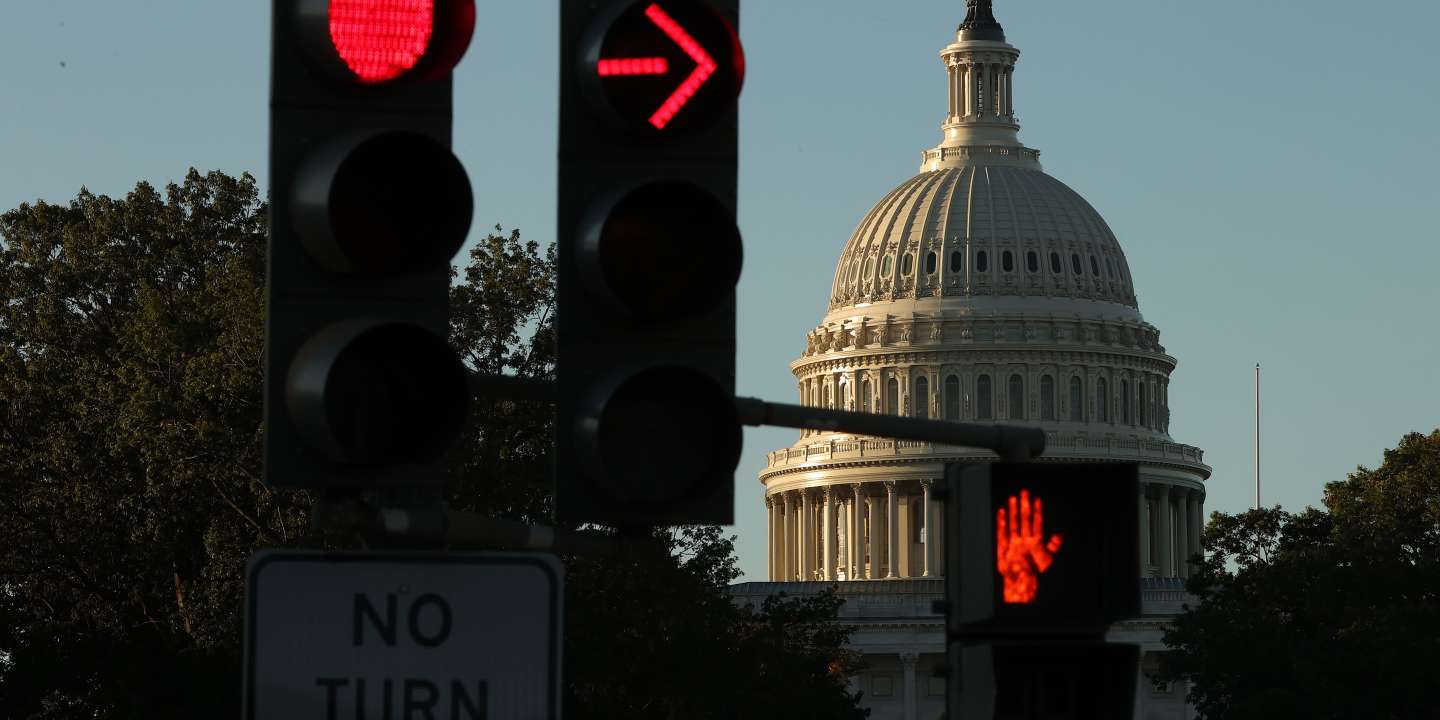 Launched in a race against time to avoid the shutdown, the American senators approved, Thursday, September 30, a temporary budget. The latter must be adopted in the wake of the lower house, then promulgated by Joe Biden, before midnight, in order to avoid the paralysis of the services of the federal state. The stakes are so high that the President of the United States preferred to cancel a trip to Chicago initially scheduled for Wednesday, September 29, to stay in Washington and to conduct negotiations with key elected officials from his group.

The text, which provides for an extension of the budget until December 3, was approved with the support of Republicans in addition to Democrats. The leader of the Democratic majority, Chuck Schumer, welcomed this rare moment of union in a context where there is “So much to settle here”, in reference to the threat of a sovereign default by the United States and the heated negotiations in Congress around Joe Biden’s investment plans.

If this new finance law is not validated on time, all federal service funds will suddenly be cut on Friday: ministries, but also national parks, certain museums and a multitude of organizations would be affected, forcing hundreds of thousands of technically unemployed employees. No elected representative wants the instability that the threat suggests, especially at a time when Washington is battling on many other legislative fronts, in particular, in the first place, to avoid a default by the United States.

Because, even if the shutdown is ultimately avoided, there will remain the problem of the debt ceiling. If it is not suspended or relieved, the United States will find itself strapped for cash on October 18, warned Finance Minister Janet Yellen. “Time is running out, the danger is real”, warned Chuck Schumer.

Republicans are refusing to give the go-ahead to suspend the debt limit, which they say would amount to writing Joe Biden a blank check. They urge Democrats to approve it alone, through a laborious parliamentary maneuver. But Chuck Schumer insists that this route would be too much “Risky”, and that the debt has so far mostly been accumulated under previous presidents.

The elected representatives of the House of Representatives, with a Democratic majority, approved for their part Wednesday a text providing for the suspension of the debt ceiling until December 2022. But, without any Republican support, this project was stillborn in the Senate. At this stage, great uncertainty remains about the solution that Congress will find.

On the front of Biden’s plans, several dozen elected members of the Democratic left wing are threatening to derail a final vote on infrastructure, scheduled for Thursday in the House. They are indignant at not having received firm guarantees from the centrists on the progress of the plan of colossal social reforms. The greatest doubt therefore weighs on these plans at the heart of Joe Biden’s mandate, currently amounting to nearly 5,000 billion dollars (4,309 billion euros).

The president received Democratic leaders in the Oval Office on Wednesday and pledged that the White House’s efforts to advance its plans ” Continue[aie]nt tomorrow “. In the meantime, all gathered in the evening around a baseball field for a friendly match between parliamentarians.