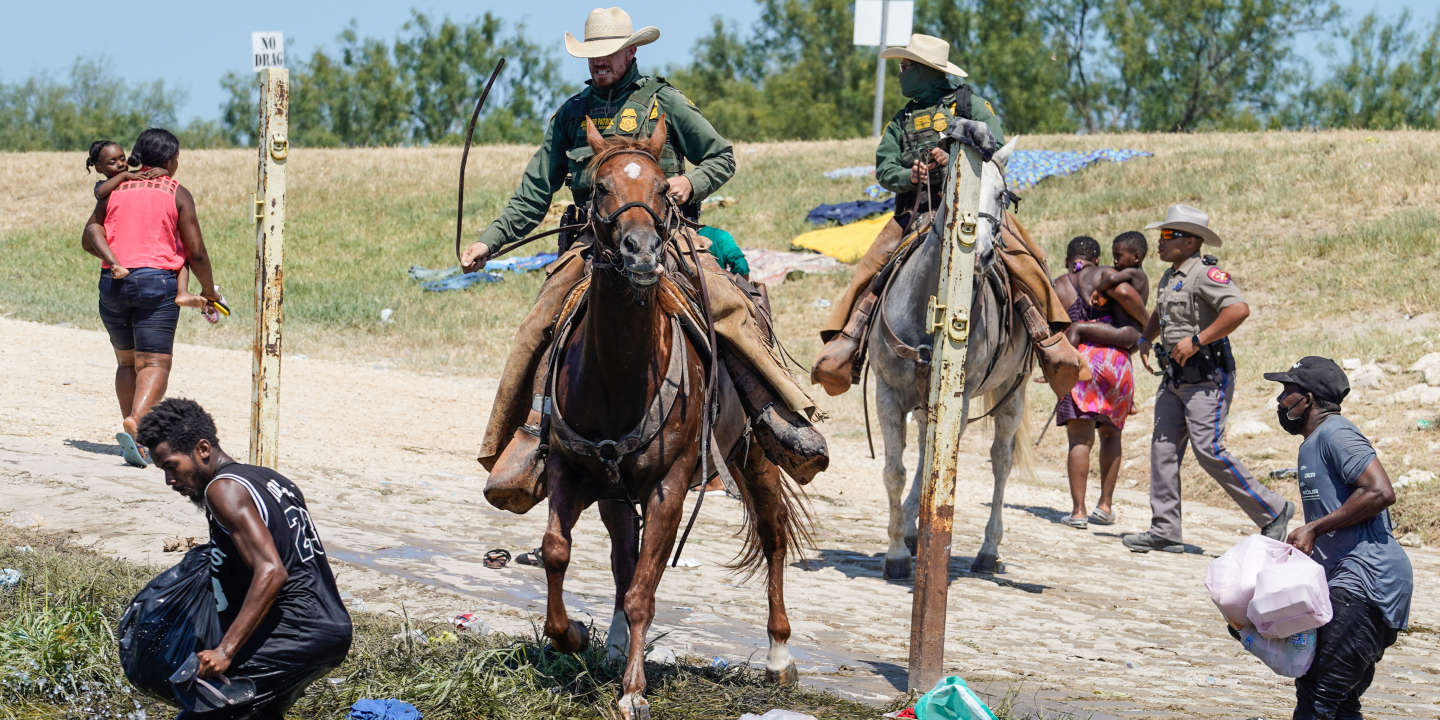 “It’s horrible to watch”, admitted White House spokeswoman Jen Psaki. Photos showing border guards on horseback pushing back migrants near Del Rio, Texas, aroused great emotion on Monday (September 20) in the United States, where the government of President Joe Biden announced the opening of ‘an investigation to shed light on the facts.

In a snapshot taken by a photographer employed by Agence France-Presse (AFP), an agent on horseback grabs a man by his T-shirt. On another, he keeps a group at bay by turning his reins, in a threatening posture.

Read also United States: Washington promises to accelerate the deportation of thousands of migrants massed on the southern border of Texas

These images “Mistreatment of Haitian migrants along the border is horrific and very disturbing”, said in a statement the elected Democrat Bennie Thompson, who chairs the committee on internal security in the House of Representatives.

“I do not know the context, but I do not see in which framework that would be appropriate”, admitted White House spokeswoman Jen Psaki during a press briefing. Secretary of State Antony Blinken met with Haitian Prime Minister Ariel Henry on Monday. “Cooperation to repatriate Haitian migrants south of the United States border”, explained the State Department. The two men shared their “Common concern for the safety of Haitian citizens”.

Mr Blinken also spoke by phone with his Mexican counterpart, Marcelo Ebrard, of “Coordination for the management of the flow of illegal migrants”, said a spokesperson.

“Controlling a horse in a river is difficult”

Equestrian patrols were deployed on Sunday near the Rio Grande River, where thousands of migrants, most of them Haitians, have been camping for several days in the hope of being admitted to the United States, the chief told reporters. border guards, Raul Ortiz.

“I asked them to find out if any individuals were in distress and to gather information on smugglers”, he added, recalling that “Controlling a horse in a river is difficult”.

It seems that, in this context, some have used the long reins, added the US Minister of Homeland Security, Alejandro Mayorkas. “We’re going to do an investigation to make sure this is the situation; otherwise, we will act accordingly ”, he assured.

The scene occurred as migrants were washing in the Rio Grande or crossing the river to collect food in Mexico and bring it back to their families on American soil, according to the author of the photos, Paul Ratje.

Suddenly five or six officers on horseback arrived and asked them to return to Mexico. “The situation was tense, and migrants started running to get around them”, he reports. “One of the officers grabbed the man in the picture by the T-shirt. I don’t believe he was hurt. “

“I did not see any lashes, but the agents twirled their reins”, he again related.

The tension then eased, and border guards let these migrants join the makeshift camp.

A continuing crisis at the border

The influx of migrants to the border has turned into a crisis for the Biden administration.

In Del Rio, Mr. Mayorkas claimed that Haitian migrants were receiving false information about the possibility of staying in the United States, also stating that the United States was speeding up its repatriation process to Haiti, considering such a return as safe for them. .

“We have reiterated that our borders are not open and that people should not undertake such a dangerous journey”, said the minister.

“If you come illegally to the United States, you will be sent back”, he added.

Alejandro Mayorkas also said it was reasonable to return these migrants to Haiti, despite the political instability there, and the consequences of the earthquake that hit the southwest of the country on August 14.