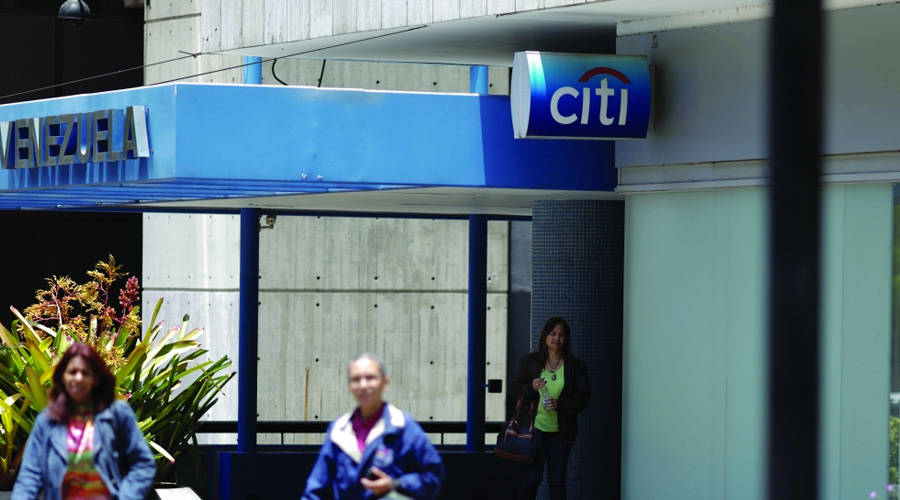 Wall Street indexes closed sharply higher, Tuesday, supported by gains in technology shares and growth companies, after strong retail sales numbers calmed concerns about slowing growth.
Shares of Microsoft, Apple, Tesla and Amazon rose between 2% and 5%, leading the Standard & Poor’s and Nasdaq indices to rise.
The market’s rise came after weeks of selling in the US stock market that pushed Standard & Poor’s last week to its lowest level since March 2021.

The banking index jumped 3.8%, with Citigroup shares rising nearly 8%, after business magnate Warren Buffett revealed an investment of about $3 billion in the bank.
Other economic data showed that industrial production accelerated 1.1% last month, beating expectations of 0.5%, after increasing 0.9% in March.
The Standard & Poor’s index ended the trading session, up 2.02% to 4088.85 points, while the Nasdaq Composite Index jumped 2.76% to close at 11984.52 points.
The Dow Jones Industrial Average closed 1.34% higher at 3,264.59 points.

The Commerce Department reported Tuesday that retail sales in April rose 0.9%, a strong increase that underscores Americans’ ability to continue increasing spending even as inflation remains at its highest level in nearly 40 years.

The market is trying to recover after a recession witnessed by the “Nasdaq” index and a 19% decline in the “S&P” index.

Citigroup’s stock jumped after a filing Monday night revealed that Berkshire Hathaway Inc. has pumped nearly $3 billion into the bank’s troubled shares. The performance of “Citi” shares has been weak compared to the rest of the companies in the financial sector during the past 12 months, as it declined by nearly 40%.

The shares of travel companies emerged during the pre-market trading, after United Airlines raised its forecast for the second quarter revenue thanks to the improvement in demand. The company’s share rose by 4%, and the “Delta” company jumped by 3%, while the shares of “American Airlines” grew by 3%.

Shares of Home Depot rose more than 3%, after the retailer reported better-than-expected quarterly results and raised its full-year forecast.

AMD’s semiconductor stock rose more than 3% after a promotion from Piper Sandler, which recommended buying the stock. The “Nvidia” share increased by 3%, the “Qualcomm” share jumped by 2.4%, while the share of “Micron Technology” increased by 2%.

Tuesday’s rebound represented the market’s latest attempt to recover after weeks of sharp losses, as S&P exited a six-week losing streak, the longest since 2011. Meanwhile, the Dow fell for seven consecutive weeks, posting its longest decline. Weekly since 2001. So far, the “S&P 500” and “Dow” indices have witnessed a decline of 15.9% and 11.3%, respectively.

European shares rose on Tuesday, set to extend gains for the third consecutive session, supported by hopes of continued demand from China as authorities look to ease Covid-19 restrictions.

The Stoxx 600 index rose 0.7% during trading, amid gains for all major sub-sectors, led by the travel sector and commodity-related stocks.

But sentiment received a boost after Shanghai achieved the long-awaited achievement of three consecutive days of no new COVID-19 cases detected, which could lead to the start of lifting restrictions.

Among the individual stocks, French energy group Engie jumped 6.2% after it posted an increase in first-quarter profit and raised its forecast for 2022. The company also said it was in talks with Russia’s Gazprom about changing the price payment system for Russian gas supplies.

In Tokyo, the Japanese Nikkei index closed higher for the third consecutive session, Tuesday, as optimism over the end of the closure imposed to combat Covid-19 in China, Japan’s main trading partner, outweighed the disappointing financial results.

The Nikkei index witnessed volatile trading before closing up 0.42 percent at 26,659.75 points, after declining for a short period in early trading, before rising with other regional markets after the opening of Chinese stocks on the rise.

Energy stocks led the gains among the Nikkei sub-indices, which jumped 3.62 percent after crude oil prices rose overnight on expectations of a rebound in Chinese demand.

Sentiment was boosted after Shanghai achieved the long-awaited achievement of three consecutive days of no new COVID-19 cases detected, which could lead to the start of lifting restrictions.

Among the 225 stocks on the Nikkei index, 124 rose versus 97 declined, with four remaining stable.