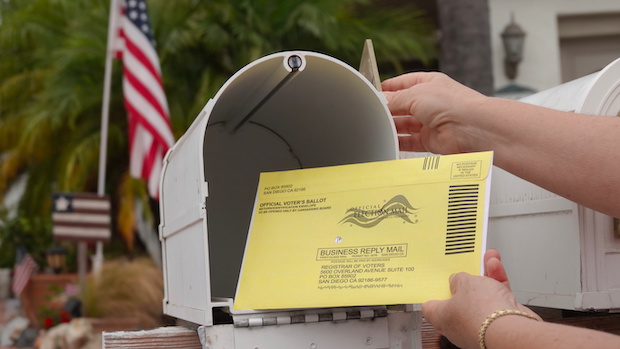 In the corona crisis, more Americans than usual cast their votes in the presidential election by letter. But nobody really knows how quickly the election documents will arrive. Now the Supreme Court has dealt with the issue of postal voting.

The United States Supreme Court has mailed ballots counted in two major states that arrive after the November 3rd election. In Pennsylvania, postal ballot papers should still be valid if they arrive up to three days later. It’s even nine days in North Carolina. The Supreme Court now put this decision in effect. President Donald Trump and Republicans want only ballots delivered by November 3rd to be counted.

In view of the corona pandemic, significantly more Americans vote by letter than usual. At the same time, it is unclear how long the letters could take after, among other things, austerity measures at the US Post. There are already disputes in several states, further proceedings could follow.

In North Carolina the electoral authority had extended the deadline for the arrival of the ballot paper from three to nine days. An appeals court declared that to be admissible. The Supreme Court now voted for this decision with a majority of five to three votes.

Berett not involved in the decision

In the Pennsylvania case, the Supreme Court initially only denied a motion by the Republicans to expedite their action against the three-day period. But that means it remains in force for the time being. However, three conservative judges expressly kept it open to take up the case again after the election.

The Supreme Court’s decisions on cases involve complex considerations of whether state or local and federal courts can rule on issues surrounding the election. According to polls, the Democrats who support Trump’s challenger Joe Biden are more likely than Republicans to vote by mail. At the same time, many states offer the opportunity to vote in a polling station before November 3rd or to throw their ballot papers in collection boxes.

The newly appointed judge Amy Coney Barrett stayed out of both decisions. You didn’t have enough time to familiarize yourself with the documents, said a spokeswoman for the Supreme Court New York Times on Wednesday. Barrett was only sworn in on Tuesday. The Democrats, who failed to resist their appeal, generally demand that they not take part in decisions on the upcoming presidential election.

President Donald Trump had particularly emphasized that he wanted to fill the vacant seat at the Supreme Court, especially with a view to possible proceedings around the vote count before the election date on November 3. The conservative majority in the Supreme Court grew with Barrett to six of the nine seats.