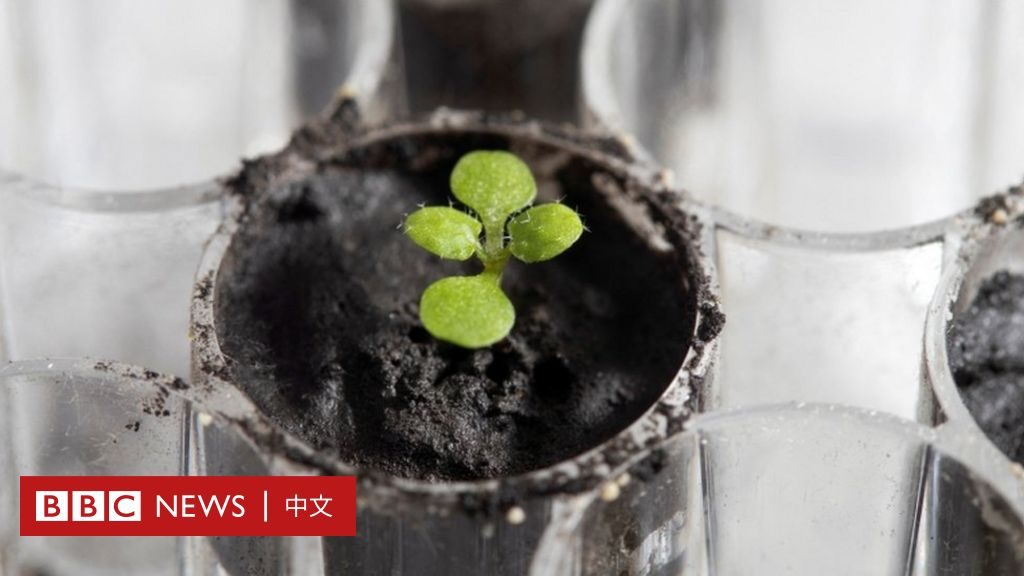 For the first time, scientists have grown terrestrial plants using soil from the moon. This is an important step towards achieving a long-term stay on the moon. The experimental results were published in the journal Communications Biology under Nature.

The success of the research team of the Interdisciplinary Center for Biotechnology Research at the University of Florida in the United States means the possibility and hope of using Earth’s plants to support the human space exploration program.

“Plants can grow in lunar soil. This simple statement is huge. It opens the door to future exploration using resources on the moon and possibly Mars,” said Anna-Lisa Paul, director of the center and professor of horticulture. -Lisa Paul) said.

The researchers announced May 12 that they planted the seeds of a small flowering weed called Arabidopsis in 12 small containers the size of thimbles containing one gram of lunar soil, and germinated two days later.

Lunar soil is the regolith material on the lunar surface, with sharp grains and a lack of organic matter, which is very different from the earth’s soil.

The fact that these little green weeds can grow in the lunar soil is a remarkable achievement, which means that it is possible to grow terrestrial food, clean the air, and use plants to recycle water on the moon.

“This research is critical to NASA’s long-term human exploration goals, as we need to harness the resources on the Moon and Mars for future life in deep space,” said NASA Administrator Bill Nelson. and working astronauts to develop food sources.”

He added that the study “is also an important example of how NASA is working to unlock agricultural innovations that can help us understand how plants can overcome difficult situations that exist in food-stressed regions of the planet.”

One problem researchers face is that there isn’t much lunar soil to experiment with. Over a three-year period from 1969-1972, NASA’s Apollo 11, Apollo 12, and Apollo 17 missions collected 382 kg (842 lb) of lunar rocks, core samples, pebbles, sand, and dust.

12 grams (just a few teaspoons) of lunar soil provided by NASA is part of it.

The researchers planted three or four seeds in 12 containers moistened with nutrient solution, then placed them in a laboratory at about 73 degrees Fahrenheit (23 degrees Celsius) under pink-emitting LED lights.

After about a week of growth, the researchers kept one plant in each container and removed all others. The leaves of the one that remained in the container were taken after 20 days to assess gene activity.

After about six weeks, the differences started to be noticeable: plants in the lunar soil grew slower, smaller, with poorly developed roots, smaller leaves, dark reddish-black, etc., not typical of healthy growth.

A gene activity that shows stress, tension, similar to how plants respond to salt, metals and oxidation, was also found.

This suggests that seeds planted in lunar soil need to work harder to metabolize, Paul explained.

That said, the lunar regolith, which is exposed to cosmic rays and solar wind for a long time on the lunar surface, is not very suitable for plant growth.

Arabidopsis thaliana, also known as Arabidopsis, Arabidopsis, is a winter annual angiosperm with a relatively short life cycle. It is native to Eurasia and Africa, and is common in the wild and roadside. It is a multicellular true river organism but has a relatively small genome. Small. Botanists and biologists began studying Arabidopsis in the early 20th century, and its mutants were first systematically described around 1945.

In 2000, Arabidopsis became the first plant whose genome was completely sequenced. Because the plant is small and has a short life cycle, it is suitable for cultivation in the limited space of the laboratory, and a single plant can harvest thousands of seeds. People’s Favorite Choice.

It is now the leading model organism in the field of plant biology and genetics research, with roles in the laboratory like mice and fruit flies, and is widely used in plant science, including genetics, evolution, population genetics and plant development research , the transformation of DNA into the Arabidopsis genome by Agrobacterium tumefaciens is routine.

Pseudomonas chinensis has been used in space orbital experiments.

part of a larger plan

The MASA Artemis program, which aims for astronauts to land on the moon again, is set for 2025, a year later than originally planned.

If all goes according to plan, Artemis 3 will send astronauts to the moon, including a female astronaut and a minority astronaut. It would be the first manned lunar landing program since Apollo 17 in 1972.

But the ultimate goal is Mars. The “Gateway” project in the Artemis plan is to provide an intermediate station for human exploration into outer space.

Dr Hannah Sargeant of the University of Central Florida said that using a robot to land on the moon is the first step. “The next step will be to build a lunar space station, a lunar base, and finally a manned landing on Mars.”

She said many lunar missions will be devoted to investigating the moon’s environment, understanding how to protect astronauts and spacecraft from dangers such as lunar dust and strong solar winds, and providing prototype tools and experiments to test some resources such as water. chance.

“We want to make sure that these machines are working properly before we go on manned missions and make astronauts rely on the resources they make,” she said. “Eventually, these resources may be used to produce fuel to go to Mars.”

“The moon is also a testing ground for technologies that eventually hope to be used on the red planet. The moon is closer to us, taking only three days to travel, not Mars, which takes at least six months to reach.”

Actress Yousra: She breaks her silence and makes a very bold confession (I slept with the leader, Adel Imam), and I was very happy all the time with him and I wanted to marry him! !

Ruling on mercy for Shireen Abu Aqila and describing her as a “martyr” .. Secretary of the “Muslim Scholars” clarifies his fatwa after extensive interaction