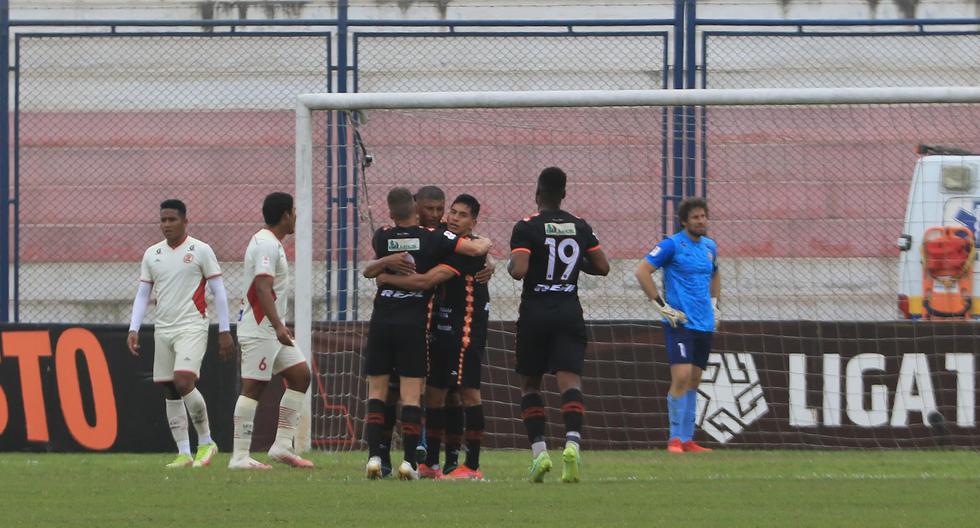 The two teams knew that more than three points were being played at the Iván Elías Moreno stadium. For instance, UTC It came from losing with Sporting Cristal and then drawing with Cienciano. For its part, Ayacucho FC He had a difficult scenario: he had not won for four dates and was out of the qualification zone for an international tournament. Perhaps those details influenced so that a great round trip was played by date 13 of Phase 2.

And a key situation in the game occurred at minute 18. What happened? Hervé Kambou entered with everything against Sergio Barboza and looked at the red one. Two minutes later, the ‘Zorros’ pressed the accelerator and looked for the first with Jesús Mendieta. The winger took a strong shot from long distance and Salomón Libman controlled in two halves. Now, the ‘Gavilán’, although he was with one less man, did not stop looking for the rival goal.

At 30 ‘Gaspar Gentile crossed for Alexis Blanco, who was close to opening the scoring: his header passed near the goal of Maximiliano Cavallotti. Ten minutes later, Gentile again appeared to UTC. This time he enabled Cristian Mejía, who lacked precision in the last touch. And before the first half is over, it hit Ayacucho FC. This time Minzum Quina took advantage of his passing game and scored.

In the complementary stage, everything indicated that at 53 ′ the tie was going to arrive for the Cajamarca team. Everything was born from the feet of Luis Trujillo, in a free kick. Then the ball was left to Blanco, who crossed for defender Nicolás Ortiz. His head butt came close. And in the middle of that round trip, the Ayacucho club scored the second. At 55 ‘Pablo Lavandeira enabled Leandro Sosa. The ’11’ did not forgive in the hand-to-hand with Libman.

And in the absence of 10 minutes for the comparison to complete, UTC he sought to discount with a center by Josué Estrada for Alexis Blanco. The header of the ‘9’ passed close to the goal of Maximiliano Cavallotti. Then Jesús Mendieta would look at the red for a strong entry against Estrada. But the marker would not move anymore. Ayacucho FC, after table dates, he smiled again. Above, he is already in the international tournament qualification zone.

UTC vs. Ayacucho: minute by minute

The match between Cajamarca and Ayacuchanos is scheduled for this Sunday from 11:00 in the morning (Peruvian time). GOLPERU will be the channel in charge of the transmission, the same that can be seen through channel 14 of Movistar TV or 714 in HD. Movistar Play also makes this commitment available to you, if you prefer to follow it from your mobile.

Both teams will meet for the second time this year. During Phase 1, the ‘Zorros’ were left with the victory by 3 to 1, with annotations by Janio Posito, Roberto Villamarín and Minzun Quina, while A. Blanco discounted a penalty.

The team led by Mario Viera has added 19 points and is in sixth position in the second phase. This allows them to stay in the qualifying zone for the Copa Sudamericana, for which they have the obligation to return on the path of victory, after accumulating a draw and a defeat in the last two days.

The ‘Gavilán Norteño’ trusts that his striker Alexis Blanco, the main weapon in attack, will continue with the fuse lit. The Argentine forward has eight goals in Phase 2 and is the top scorer in this part of the championship.

For its part, Ayacucho is immersed in a crisis of results during the last four days, registering three defeats and a draw. His most recent result was a narrow loss against Alianza Atlético. In that match he suffered the expulsion of his coach Walter Fiori.

Although they have not been fortunate in the results, the Ayacuchanos remain with points to access the next edition of the South American Cup. For now, only goal difference takes them away from that quota. For that reason, a win could go a long way in your fight for this goal.