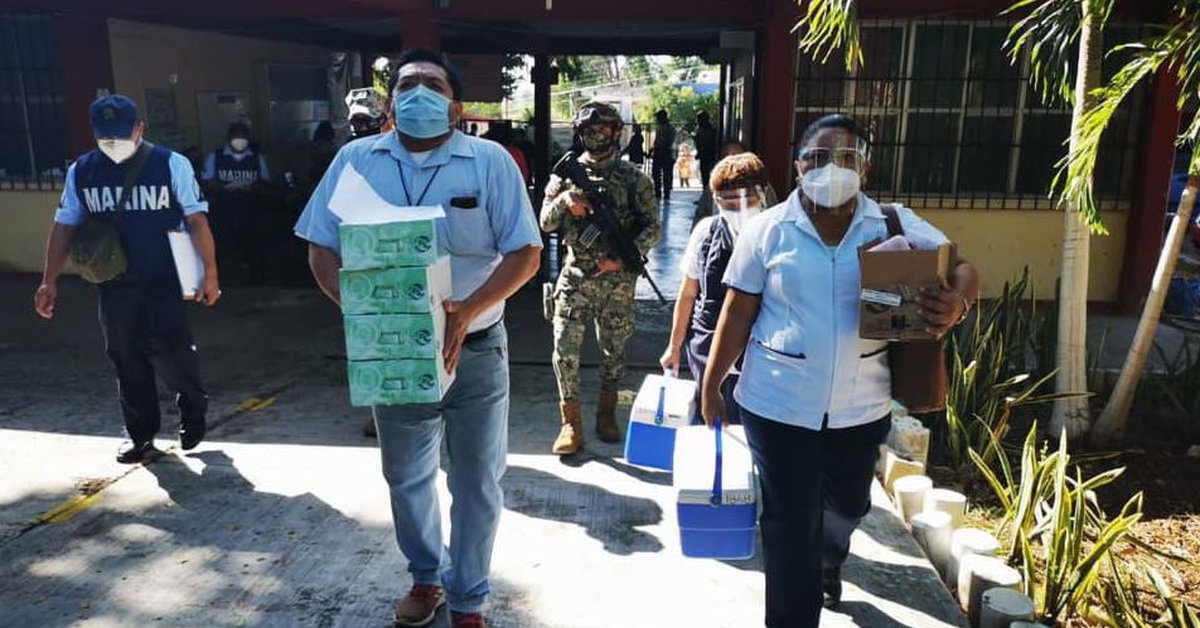 Despite the change in the color of the traffic light, the vaccination of teaching staff in Campeche will continue (Photo: Facebook Secretariat of Health Campeche)

After four months of staying with him minimal level of contagion at the epidemiological risk traffic light, Campeche went to yellow (moderate risk of contagion) in the most recent update.

However, the vaccination strategy for teaching staff will continueTherefore, in accordance with the Director General of Health Promotion, Ricardo Cortés Alcala, the authorities are confident that it will return to color verde when the inoculation of teachers of basic education is finished.

When questioned about the viability of the strategy to immunize teaching staff in the entity, in the latest update report on the state of the COVID-19 pandemic in Mexico, Cortés Alcalá assured that with the decision It will be possible to return to the classrooms in a timely manner.

In this sense, and reaffirming the statements made by the Dr. Hugo López-Gatell, Undersecretary of Prevention and Health Promotion, in yesterday’s conference:

Once the teaching staff in Campeche have their complete scheme, they can start doing the specific activities within the educational facilities to prepare for the return to classes and in that interim, I am sure, that the Campeche society in conjunction with the state of Campeche will have already returned to the green traffic light

The immunization of approximately 20,000 male and female teachers in the entity is planned (Photo: SSa)

With the decree of the new normal, the health authorities implemented an epidemiological traffic light to determine the health situation by entity. With that, from September 28 to January 29, Campeche maintained low levels of cactive persons, hospitalizations and deaths, so it acquired the green color of the classification.

Due to this, and before the suspension of face-to-face classes at the national level, the president Andrés Manuel López Obrador announced the vaccination of 20,000 teachers, approximately. Thus, in order to return to face-to-face classes as soon as possible, they became a priority group immunization. However, the decision has been questioned with the most recent change in health security.

With the decision, and along with the vaccination of health personnel nationwide, on Saturday, January 23, the people registered in the registry of the Ministry of Education attended the vaccination centers. 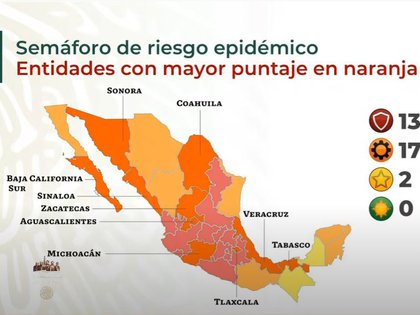 With the latest update, no state in the country has the minimum risk of contagion (Screenshot)

In this sense, Cortés Alcalá advanced that the immunization schedule will be completed between 21 and 42 days after the first contact with the antigen. In addition, in said period “the Campeche society may exercise specific actions to continue and return to reduce the epidemic risk in Campeche and return to the green traffic light”He declared.

About back to school, Delfina Gomez Alvarez, the next head of the Ministry of Public Education, met on January 14 with the then secretary Esteban Moctezuma Barragan. During the meeting, the teacher announced a tour of Chiapas and Veracruz, states that had a green traffic light in force, to plan the return to class strategy. 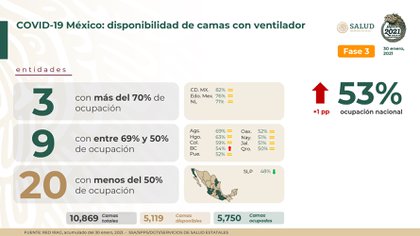 Campeche is not among the states with more than half of the intensive care beds occupied (Photo: SSa)

However, in later days, both characters announced changes in planning and contemplated a mixed educational model, with eventual face-to-face classes and activities of the Learn at Home program, which could be implemented in states where the traffic light is yellow.

According to the report of the local health authorities, until January 28, Campeche had 49 active cases and only five patients in intensive care hospitalization. With that, accumulated 7,621 accumulated confirmed cases and 957 deaths. On the other hand, hospital occupancy is less than 50%.

About vaccination, the entity has already applied more than 95% of the doses received in the last shipment and has not reported patients with reactions after having undergone the biological.

MORE ABOUT THE SUBJECT

Coronavirus in Mexico: 15,337 new infections and 1,495 deaths were registered in the last 24 hours

SEP: Delfina Gómez prepares to return to classrooms in Chiapas and Campeche