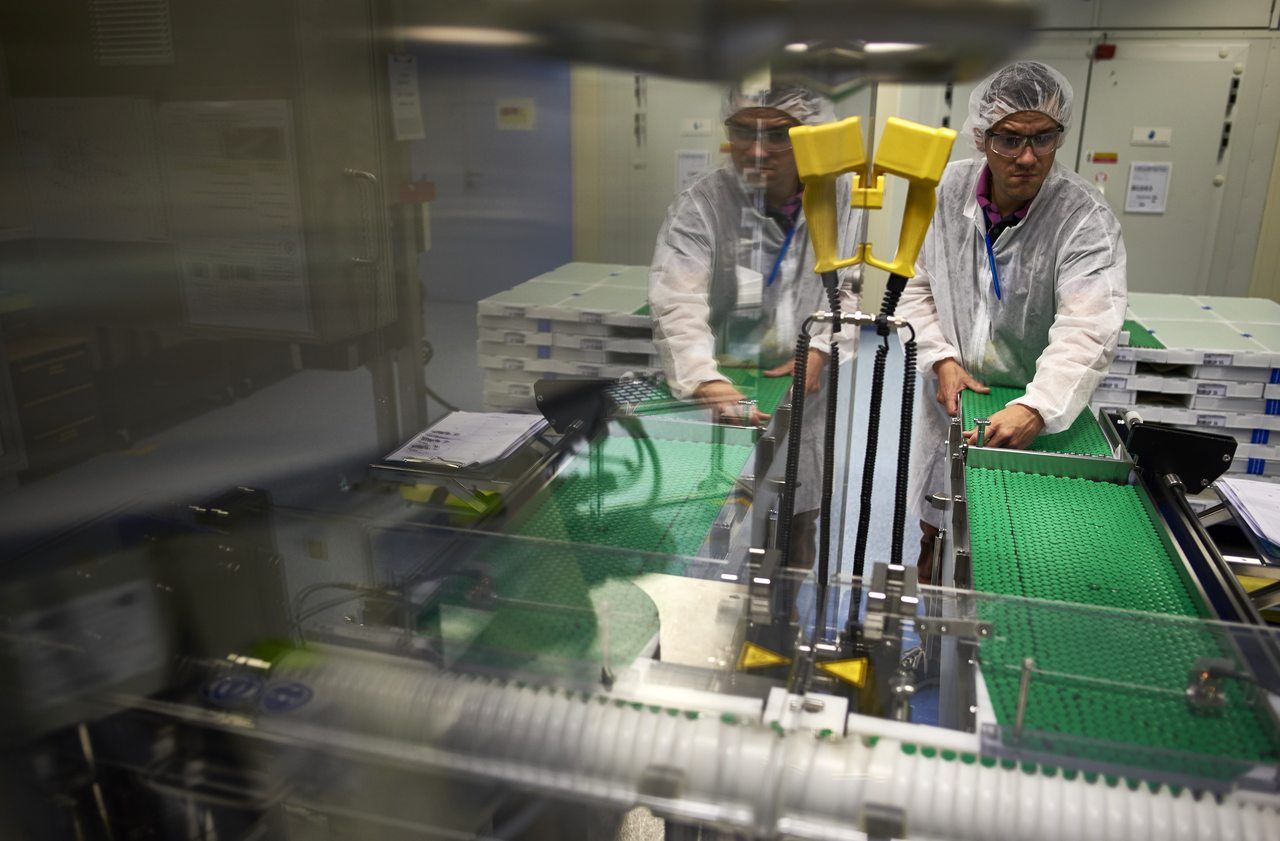 With the imminent arrival of vaccines against Covid-19, priority populations have been targeted: the elderly, caregivers or people suffering from other pathologies. But it is still necessary to be able to send all the doses safely. This is the challenge of the logistics sector.

Who is piloting? One month before the possible arrival of the first doses, very clever who can answer this question. The French genius of administrative complexity seems to be having a great time on this crucial subject. At the Ministry of Industry, we are told that “the border stops at the exit of the factory or on the tarmac of the airport”, the question of transport falling under the Ministry of Health. That of the Interior, which steers the prefects, is also in the loop. It is the Interministerial Crisis Center (CIC), under the aegis of Matignon, which is responsible for coordinating the proposals of the various ministries and administrations and for writing “the battle plans” presented to the defense council.

The CIC relies on the Health Crisis Center which, for its part, monitors all indicators and has worked on the issue of masks and tests. “For the moment, we have more questions than answers”, regrets the National Federation of Road Transport (FNTR). The subject was not discussed during the meetings with the General Directorate of Infrastructure, which depends on the Ministry of Transport.

Where will the vaccines be made? In its contracts, the European Commission provides for a 76% manufacturing commitment on European soil. For France, the Minister of Industry says she has “negotiated for three of the six vaccines to be manufactured in France”. In fact, one of the three is the French Sanofi Pasteur, which has the largest vaccine plant in Europe, in Marcy-l’Etoile, near Lyon (Rhône). The active principle could be produced in Vitry-sur-Seine (Val-de-Marne). But its clinical study is just entering phase 3 and production is not expected to start until the second half of 2021.

The two most advanced projects are those of Pfizer-BioNTech and Moderna, which communicated a few days later on an efficiency of 95% and 94.5% respectively. Pfizer, one of the world’s pharmacy giants, has numerous production sites around the world. At the end of November, a total of 20 million doses were produced, to which an additional 30 million will be added in December. The doses are stored in freezers – where their shelf life is six months – at two sites, in the United States and in Belgium.

In Europe, the Puurs plant, north of Brussels (Belgium), is in the driver’s seat: this is where the famous messenger RNA and its components will be assembled. Its partner, the German biotech BioNTech has signed a subcontracting contract with the French Delpharm: from April 2021, the Saint-Rémy-sur-Avre site (Eure-et-Loir) will be responsible for filling millions of doses. Specifically, this vaccine must be stored at -70 ° C.

Moderna, the American biotech led by the French Stéphane Bancel, has secured its French production at Monts, a site of the Swedish Récifarm, located near Tours (Indre-et-Loire). The first technical tests are due to start in mid-December for production to go into production in January. “This is our first vaccine,” explains Mikael Ericson, the plant manager, who has just received two first freezers to keep the pockets of raw material at -70 ° C. The vaccine will be stored at -20 ° C.

How will they be transported? “Transporters have extensive experience with classic vaccines, with storage conditions between -20 ° C and + 8 ° C. On the other hand, the Pfizer vaccine, at -70 ° C, requires extremely specialized transporters, ”continues the FNTR. At Fraikin, a company specializing in short and long-term truck rental, the innovation department has been working on the subject since July. “There are two technologies with nitrogen or carbon dioxide, the whole issue is the volume capacity”, explains Olivier Dutrech, director of innovation.

“Several of our customers have subsidiaries dedicated to the transport of medicines and we have just signed a contract for 100 vehicles with a capacity of 8 m3 exclusively dedicated to transporting vaccines at -30 ° C”, explains Sylvain Devienne, market manager food under controlled temperature. But for -70 ° C, an extremely small market so far, the question arises “of moving to massification without knowing what will be the future of this sector in the medium and long term”, asks Olivier Dutrech.

Anticipating these pitfalls that could compromise the marketing of its vaccine, Pfizer tells us that it has designed “its own container, which can store between 1,000 and 5,000 doses for two weeks at -70 ° C”. In the European Union, the American giant uses the services of FedEx and DHL to deliver the doses as quickly as possible.

How will they be preserved? Here again, if in communication and manufacturing, Pfizer has taken a head start, the obligation to store its vaccine at -70 ° C raises thorny questions. “Very low temperature refrigerated cabinets cost 15,000 euros each (Editor’s note: it’s 2,000 to 3,000 euros at -20 ° C) ”, Specifies François Lerouge, commercial director of Médifroid, specialist in medical refrigeration based in La Plaine-Saint-Denis (Seine-Saint-Denis). For the moment, they equip research centers, large hospitals and analysis laboratories. “The cold chain at -70 ° C does not exist in France”, affirms François Lerouge who thinks that “the Pfizer vaccine will be reserved for a minority of people at risk in specialized centers”.

See Also:  The economy has been growing for ages. Stop worrying about it.

At the Ministry of Health, where we confirm the order for 50 super freezers – their destination is not yet decided -, the question is asked: “Two weeks apart, are we launching -70 ° C if we know that the vaccine from Moderna or AstraZeneca will arrive? Pfizer specifies that provided it is recharged with carbon dioxide snow, the container used for transport can keep the doses for two weeks. Finally, the laboratory assures that the doses could remain five days in an ordinary refrigerator of 2 to 8 ° C, “on the basis of new data of stability”, a point which is thus not completely validated.

How soon ? The European Medicines Agency (EMA) could give the first authorizations “mid-December”, estimates the Ministry of Health. The authorization, standardized, applies to all European countries. The question of where the first vaccinations will take place – dedicated centers, nursing homes, general practitioners… – has not yet been decided. Once the calls for tenders have been issued, the most suitable carriers will be selected. For Alexis Degouy, General Delegate of Union TLF (Transport Logistic France), “more than the volume and weight, which should not exceed 1,500 tonnes with 68 million doses at 20 grams per dose, as well as compliance of the cold chain, it is good coordination with the public authorities that will be the determining point ”.