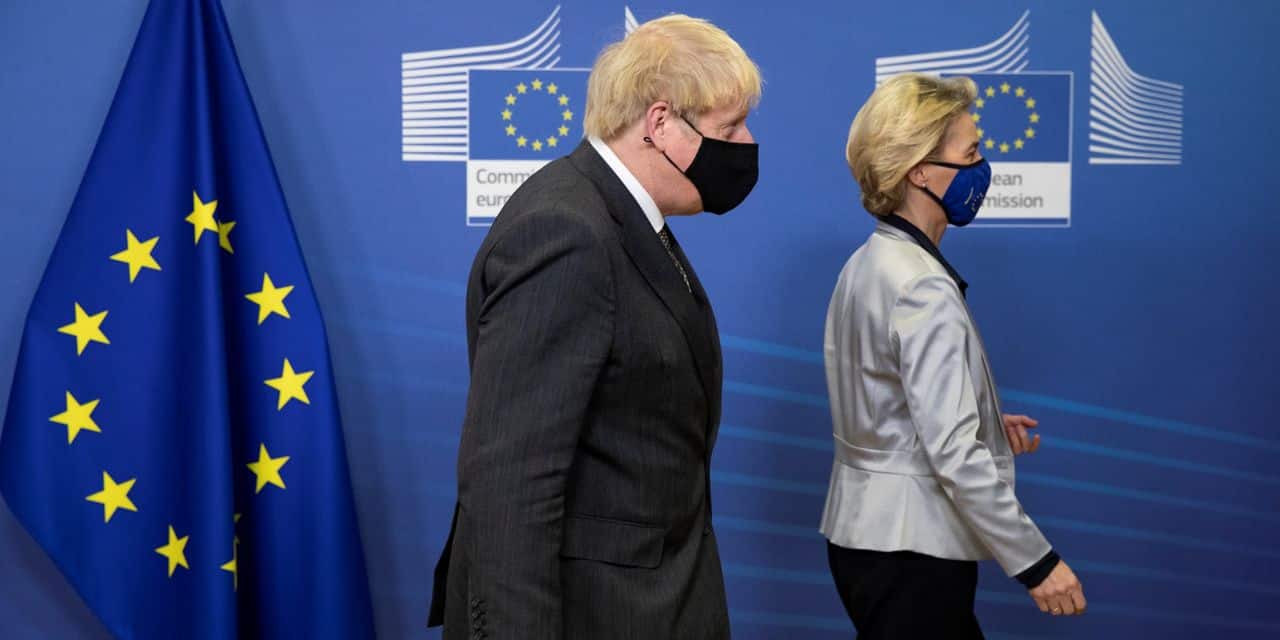 In an interview with Ursula von der Leyen, Boris Johnson “expressed serious concerns about the repercussions of EU measures on vaccine exports,” his spokesperson said.

Faced with delays in deliveries of the vaccine from the AstraZeneca laboratory, the EU has set up a mechanism to control shipments outside the EU of the Covid vaccines produced there and to ban non-“legitimate” exports.

A text adopted Friday by the Europeans provides for considering Northern Ireland as an export territory for vaccines.

This goes against the Northern Irish protocol concluded within the framework of Brexit, intended to avoid the return of a border and customs controls between Ireland, a member of the EU, and this British province.

But the EU invokes an article which allows it to take certain exceptional measures if the application of this protocol “causes serious economic, societal or environmental difficulties”.

This text angered both the authorities of Northern Ireland, including Prime Minister Arlene Foster called “an incredible hostile act”, and the government of the Republic of Ireland, member of the EU.

“The UK has legally binding agreements with vaccine suppliers and it does not expect the EU, as a friend and ally, to do anything to disrupt the implementation of these contracts.” , said a spokesperson for Boris Johnson.

UK imports Pfizer and BioNTech’s anti-Covid vaccines from a factory in Belgium.

The EU has also asked the AstraZeneca laboratory to use the production of factories located in the United Kingdom to provide the doses promised to the Twenty-Seven.

This could affect the vaccination program of the British authorities who have authorized this vaccine for several weeks, approved Friday by the European regulator.