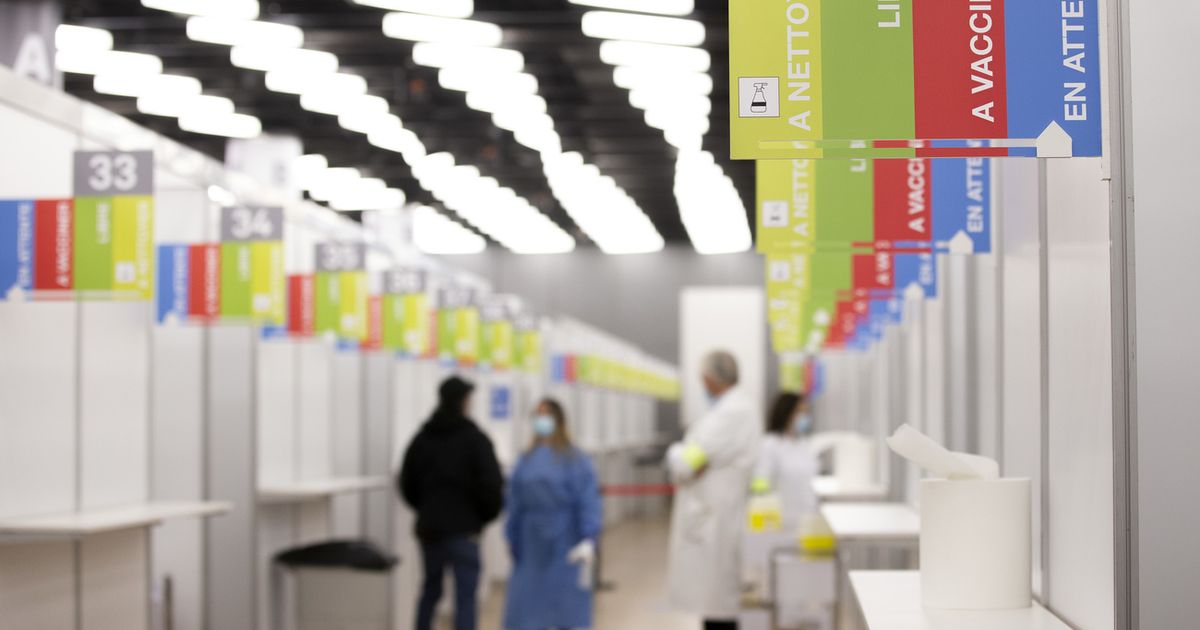 The giant vaccination center of Palexpo, in Geneva, will have to partially close for two days due to the delay in delivery of a contingent of vaccines from Moderna, the Geneva State Councilor in charge of Health told RTS on Thursday. Mauro Poggia.

“We were to receive today at the latest, at the level of the whole of Switzerland, more than 500,000 vaccines from Moderna, including 30,500 intended for Geneva. But we did not have confirmation this morning of the delivery, and we had to make the painful decision to close the Palexpo center next Monday and Tuesday [ndlr: 3 et 4 mai]”, explained Mauro Poggia in the 12:30 pm, specifying that the canton had given up sending vaccination appointments for these two days, whereas he planned to do it between today and tomorrow.

For the time being, however, no meeting already scheduled has had to be canceled. This “since we take the precaution of not setting appointments except in relation to the certainties that we have,” insisted on clarifying the Councilor of State.

Two weeks ago, several cantons, including that of Bern, were just annoyed by an unexpected delivery delay announced at the last moment by the Confederation. The day before, however, the FOPH had just urged the cantons to speed up the pace and no longer keep a second dose of vaccine in reserve for people who had already received the first.

>> Read about it: New delay in the delivery of vaccines, the cantons angry

New meetings hoped for on Wednesday

“We hope to resume the invitations on Wednesday if the delivery still arrives at the end of the week or at the beginning of next week”, added Mauro Poggia, who specifies that it is “not excluded” that appointments are canceled at the future if delivery delays persist, which would be “catastrophic for the entire image of vaccination in Switzerland”.

If the delays persist, it is not excluded that we are obliged to cancel appointments, which would be catastrophic for the image of vaccination in Switzerland.

Palexpo has only been open for vaccinations for 10 days. The result of a public-private partnership, the infrastructure makes it possible to vaccinate 4,000 people per day, as long as the planned doses of vaccine are delivered on time.

This announcement comes as the cantons of Vaud and Jura have let them know that they are extending vaccination to younger populations, namely those aged 18 and over and 16 and over, respectively, which Geneva does not envisage do for now (read framed).

>> Read also: The vaccine available from 16 years in the canton of Jura from May 6