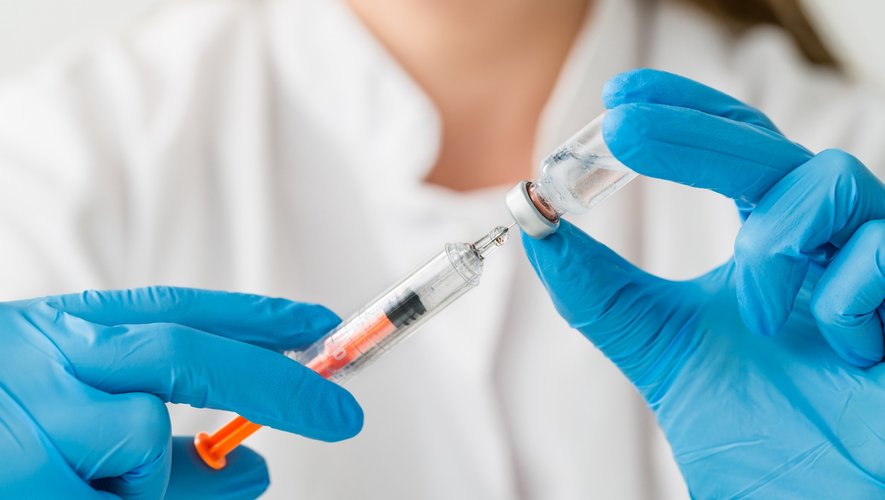 the essential
Castigated by the “antivax”, the messenger RNA is accused of “modifying our DNA”, or even of “integrating into our genome”. Claims denied by Lionel Case, molecular microbiologist, who assures us that this compound was already present in our body long before Covid-19.

Does Messenger RNA Vaccine Modify Our DNA? This is what the geneticist and former research director at the National Institute of Health and Medical Research said. Alexandra Henrion-Caude, on May 22, during a demonstration against the anti-Covid vaccine in Paris. These “antivax” claim that the injections “damage fertility”, or that “the RNA of the vaccine integrates into our genome”. Information denied by Lionel Case *, doctor in molecular microbiology, interviewed by La Dépêche du Midi. “RNA was not born with Covid-19 vaccines” writes the scientist on Twitter, in a thread that he justifies “fighting against charlatans”. “And your body has been around foreign RNA all the time, since you were born, and without a hitch,” says the scientist.

ud83dudd0a THREAD ESTIVAL u26f1ufe0f
u2600 ufe0fA cushy life in a world of RNA u2600 ufe0f
RNA was not born with Covid vaccines. And your body has been around foreign RNA all the time, since you were born, and without a hitch.
But first it’s summer and we’re going to make a salad!
Follow me! ud83d ude43
1/ pic.twitter.com/VGLC2k5TH0

Indeed, this chemical compound, scientifically known as ribonucleic acid, is naturally present in our body. “The Messenger RNA (or MRNA) are like copies, molecules responsible for transmitting the information encoded in our genome, to allow the synthesis of proteins necessary for the functioning of our cells “informs National Institute of Health and Medical Research (Inserm). An explanation confirmed by molecular microbiologist Lionel Case: “There is about 100 ng (nanograms) of RNA per ml of human saliva on average. Human beings produce 1 liter of saliva per day. That is 100 ug (micrograms) d ‘RNA: the RNA dose of the Moderna vaccine. “

This natural system has actually been “adapted” by scientists to develop what are now called vaccines. “Conventionally, vaccination is based on the administration of an infectious agent attenuated or inactivated, or on that of some of its proteins “explains Inserm. “With messenger RNA vaccines, the idea is to let our cells make themselves the component against which our body will learn to defend itself.”

In addition to its large presence in the human genome, messenger RNA is also a molecule found in many foods and living things. “It is also found in mosquitoes, explains Lionel Case. In particular micro-RNAs. And not only during the infection of their salivary glands. Up to 14 million small RNAs detected in the saliva of Aedes aegyptii, or its cousin Aedes albopictus (the endemic tiger mosquito in our regions) “.

“30 µg (micrograms) is the amount of RNA contained in a single dose of Pfizer / NbioNTech vaccine,” continues the scientist. However, this is the equivalent of the quantity of messenger RNA present in 100 mg of wheat. “You are not going to turn into lettuce by eating salad. Nor into a mosquito by being bitten” quips Lionel Case.

“The problem is the meeting between a certain anti-vaccine activism and real science, deplores the scientist. RNA is a constituent of our cells, it has already been tested clinically for forms of vaccine, in particular against cancer. We have 15 years of experience on these innovations, the novelty lies only in the fact of using RNA for an antiviral vaccine in the context of a health crisis. “

For Lionel Case, there is therefore no objective reason to doubt RNA-messenger vaccines, whose clinical trials have been carried out “very conscientiously”. “The only difference with research for other vaccines is that the trials were not done sequentially. We are in a global health disaster, the issue of speed was paramount. The laboratories that designed the vaccines (Pfizer, Moderna or AstraZeneca) simply carried out all the clinical phases in parallel, explains the doctor. People must realize the revolutionary side of messenger RNA technology. There has not been any Of strictly artificial modification, scientists simply introduced natural modifications to the RNA to make it more stable. It was optimized but not created synthetically. “