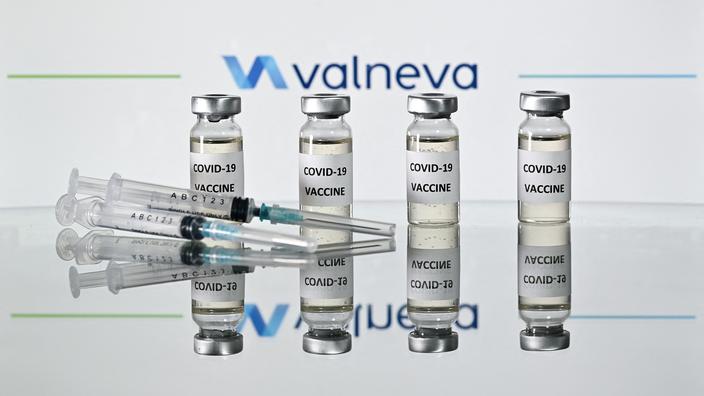 The price of the laboratory plunges nearly 40% this Monday morning, after the termination of the British contract.

The Franco-Austrian laboratory Valneva announced Monday, September 13 that it “received a notice of termination“From the British government regarding”supply agreementOf its candidate vaccine against Covid-19, in a press release.

«The contract includes a clause allowing the UK government to terminate it. He further claims that Valneva breached his obligations, which Valneva vigorously contests.», Indicates, without further details, the laboratory to which the United Kingdom had ordered 100 million doses for 2021-2022.

Valneva uses a vaccine with deactivated virus, a technology more traditional than the RNA, and which is used in particular for the vaccines against the flu each year. He had submitted his request for authorization to the British health authorities in August. The laboratory had indicated at the end of August that on the basis of the phase I and II trials, it hoped “have a vaccine that is more than 80% effective». «It will have to be demonstrated in the phase III trial“, Underlined its managing director Franck Grimaud.

SEE ALSO – «Europe has been less innovative than the United States on vaccines», Recognizes Clément Beaune

«Valneva worked tirelessly, and invested to the maximum of his abilities“In its collaboration with the British government,”in particular by committing significant resources and showing very strong involvement in order to respond to [ses] requests for vaccines suitable for variants“, Highlights the laboratory on Monday. He indicates that he “continues to be fully engaged in the development“Of its vaccine candidate, VLA2001, and that it”will increase its efforts with other potential customers to ensure that its inactivated vaccine can be used in the fight against the pandemic».

Valneva recalls that the results of phase III trials – intended to prove the real effectiveness of a treatment before a possible marketing – “are expected at the start of the fourth quarter“. These results “will be part of the progressive submission of the VLA2001 conditional authorization application dossier to the UK health agency. Subject to Phase III results and UK Health Agency approval“. Valneva believes that an initial marketing authorization for VLA2001 could be obtained by the end of 2021.

At the end of August, Franck Grimaud affirmed that discussions with the European Union were also “ongoing“. During the first half of 2021, biotech tripled its net loss to 86 million euros. It was explained by highlighting a decline in sales of its commercial vaccines during the pandemic and major investment efforts in a series of vaccine candidates, against Covid-19 but also against chikungunya and Lyme disease.

On the other hand, the group’s cash flow had swelled by more than half on June 30 to reach 329.8 million euros, an influx of money in particular linked to the partnership with the British government on the vaccine against Covid-19 and its IPO in New York last May.