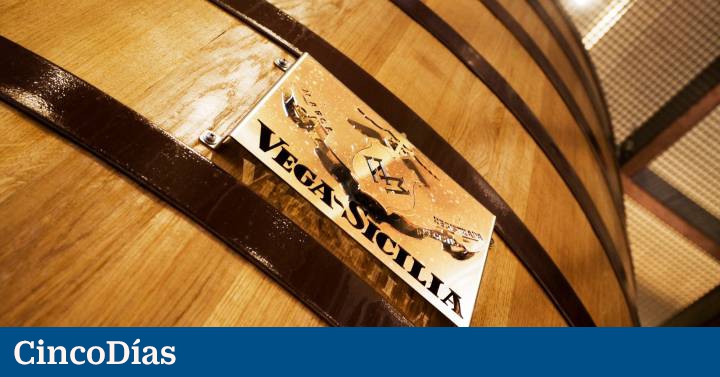 Bodegas Vega Sicilia consolidates its international positioning. The group, controlled by the brothers Marta, Elvira, Juan Carlos, Emilio and Pablo Álvarez Mezquiriz, children of the late founder of Eulen David Álvarez, already generates more income in the international market than in the Spanish, as shown by the 2019 annual accounts that It has just been deposited in the Mercantile Registry, and they give details about the good performance that the foreign business generates for the winery group.

Its income in that year was 36.6 million, about 1% less than in the previous year, which was a record for the company. Despite this, and as published by CIncoDias on December 24, its net profit grew to 26 million, the highest figure in this variable in society, thanks to an increase in its subsidiary Bodegas Alion, which exceeded 11 million. However, in the subsequent events section, Vega Sicilia indicates that the distribution of eight million will not apply from that dividend as a result of the impact of Covid-19, “in application of the principle of prudence that should govern good administration.” As detailed in its management report, ebitda was 22.8 million, 23% lower.

Back to the turnover, of the 36.6 million entered, almost 19 million were generated outside of Spain, 51.2% of the total. They are four points more than in the previous year, a percentage that has grown over the years. In 2012 the mix was 64% of sales in Spain and 36% outside. Of those almost 19 million invoiced abroad in 2019, 8.6 were sold in the European Union and 10.1 in the rest of the world.

See Also:  Giant meeting for Carles Puigdemont at the gates of Spain

Already in its management report, the winery group details that it exported 157,233 bottles, 50.1% of the total, at an average price for each of them of 110.8 euros, 10 euros more than in the previous year. In total, Vega Sicilia sold 313,673 bottles at an average price of 104.96 euros, which makes clear the added value of the international business.

Looking to the future, says the company, the strategy is to “consolidate markets and, in the main world markets, grow in the presence of all Tempos Vega Sicilia wines, so that consumers from those countries can find, on an annual basis, the new harvests and thus build loyalty in regular annual consumption to our customers around the world ”.

In the same management report, the company defines the year as “brilliant” which enabled it to reinforce “our privileged situation in the sector”.

“This supposes a proud position that we recognize with great responsibility towards all ours: clients, shareholders, employees and society”, says the document, which continues adding that “we must and can improve the current quality (internationally renowned) of our wines and We will not stop in this challenge, ”says the company, which this time does not make assessments of the social, political and economic environment, something that it did reflect in previous years with very particular considerations of its managers.

Balance. In its financial report, Vega Sicilia explains the factors that define the results of each year: the main one is the number of bottles of the harvests that are offered in each campaign, and the average margin marketed. “This information is crucial to correctly interpret financial information and its variability,” explains the company. Based on this, it analyzes that although the annual revenue was similar (36.6 million in 2019, 37.5 in 2018), “the reality is that the amount for 2019 is with several tens of thousands of bottles”, due to “The lowest global offer registered in 2019”. Specifically, there were 50,000 bottles sold less: 313,673.