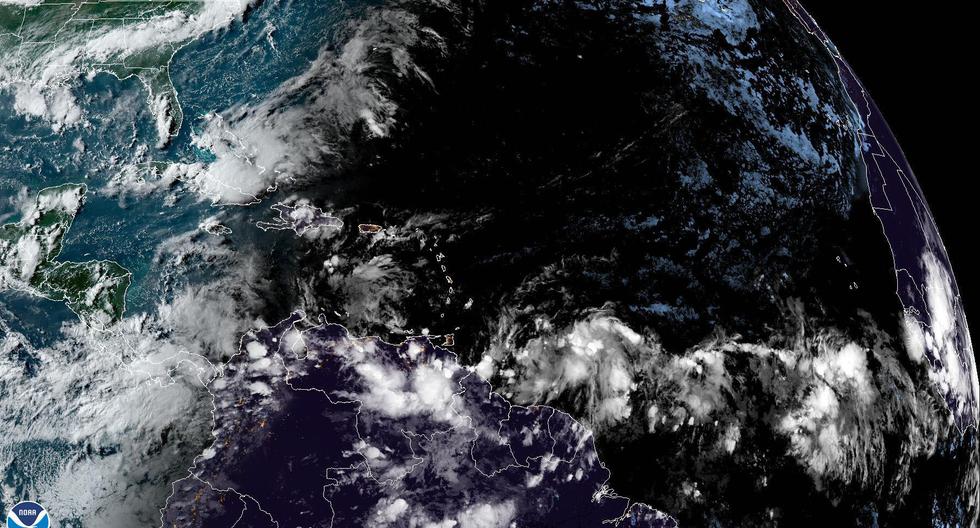 The government of Venezuela announced this Tuesday that it will restrict some flights and land routes, as well as sailings, in view of the imminent arrival of a tropical cyclone in the country that, starting Wednesday morning, will generate “a lot of rain,” said the executive vice president, Delcy Rodríguez. In addition, at night the president Nicolás Maduro reported that classes are suspended on Wednesday and Thursday.

LOOK HERE THE PATH OF THE TROPICAL CYCLONE:

“A tropical cyclone that will be arriving in our country in the next few hours (…) from two in the morning on Wednesday”the official announced in a televised statement, along with several authorities who called on the population not to leave their homes unless strictly necessary.

# 28May VIDEO Before the passage of the tropical cyclone along the coast of the country, Minister Remigio Ceballos recommended that the population stay at home, secure loose objects, protect windows, unplug electrical equipment, have a first aid kit and radios. #Venezuela pic.twitter.com/GxJWNN0Ya5

Mira: Gustavo Petro contacts the Government of Venezuela to talk about opening the border

The cyclone, he explained, It will enter the country from the east and move west, impacting “directly” the states of Sucre, Anzoátegui, Nueva Esparta, Miranda, La Guaira, Aragua, Carabobo, Falcón, Zulia and the Capital District.

“We are going to have a lot of rain, prolonged rains are expected, sustained high-speed winds”he remarked.

The authorities did not give further details about the provisional closure of some roads and the temporary suspension of some flights, so it is unknown which areas and routes will be affected.

#28Jun #TropicalCyclone @InacVzla: The Venezuelan Aeronautical Authority informs the measures taken for operational safety, after the announcement of the National Executive on the possible Potential impact of Tropical Cyclone DOS in 9 states of the country in the next few hours. pic.twitter.com/RBLjHgf2ah

The Government, continued the vice president, is taking precautions to mitigate the impact of the cyclone, such as the ban on boats setting sail from this Tuesday.

Likewise, He called on the population to protect themselves “as far as possible” and take measures such as securing doors and windows, organizing first aid kits and disconnecting electrical equipment.

According to forecasts, a tropical depression is likely to form over the next few days, before the system reaches the Windward Islands on Tuesday night or possibly as it moves west across the southern Caribbean Sea. from Wednesday to Friday.

Some 16,000 security personnel are deployed in Venezuela as a preventive measure after activating “the alert system,” said the Minister of the Interior, Admiral Remigio Ceballos.

“We are going to have heavy rains and prolonged rains that are going to generate, in some cases, floods,” alerted Ceballoswho added that the government has available reserves of food, water and equipment for the care of the population that is affected.

IT MAY END IN A HURRICANE

The so-called “potential tropical cyclone two” may make landfall as a hurricane in Central America next weekendafter passing through several Caribbean islands and the northern coast of Venezuela y Colombiaaccording to the trajectory graphs of the National Hurricane Center (NHC, for its acronym in English) of the USA.

The Miami-based agency expanded its graphics to cover until next Sunday and now the trajectory cone covers a wide area of ​​Nicaragua, parts of Honduras and Costa Rica since Saturday marked with the “hache” of a hurricane that day.

A westward or west-northwestward motion is expected through Thursday.

On the predicted path, The system will pass near or over portions of the southern Windward Islands on Tuesday night and will move over the southern Caribbean Sea or near the northern coast of Venezuela on Wednesday and Thursday.

Some strengthening is forecast during the next few days if the disturbance remains over water and is likely to become a tropical storm near the South Windward Islands or as it moves west across the southern Caribbean Sea.

The probability of cyclone formation in 48 hours is 70% and increases to 90% in the 5-day forecast.

If it is declared a storm, it will receive the name of Bonnie, the second on the list made by the International Meteorological Organization for the year 2022.

A tropical storm warning (passage in 36 hours) is already in effect for Trinidad and Tobago, Grenada and its dependencies, the islands of Margarita, Coche and Cubagua (Venezuela), Bonaire, Curaçao and Aruba.

Also The NHC has issued a tropical storm watch (passage in 48 hours) for the coast of Venezuela from Pedernales to Cumaná.

The NHC recommended to interests in other parts of the islands of Windwardthe north coast of VenezuelaCuraçao, Aruba and the northeast coast of Colombia to follow the progress of this system.

From tonight and until Wednesday rains are expected across the Islands of south windward and the northeast coast of Venezuela and wind with tropical storm conditions in the area under warning.

So far in the current hurricane season in the Atlantic, which began on June 1 and, according to the meteorological services, is going to be more active than normal, there has only been one named storm, Alex, which formed on June 5 near the Yucatan Peninsula with the remnants of Hurricane Agatha, the first formed this year in the Pacific area.

UN calls on Sudan and Ethiopia to show restraint