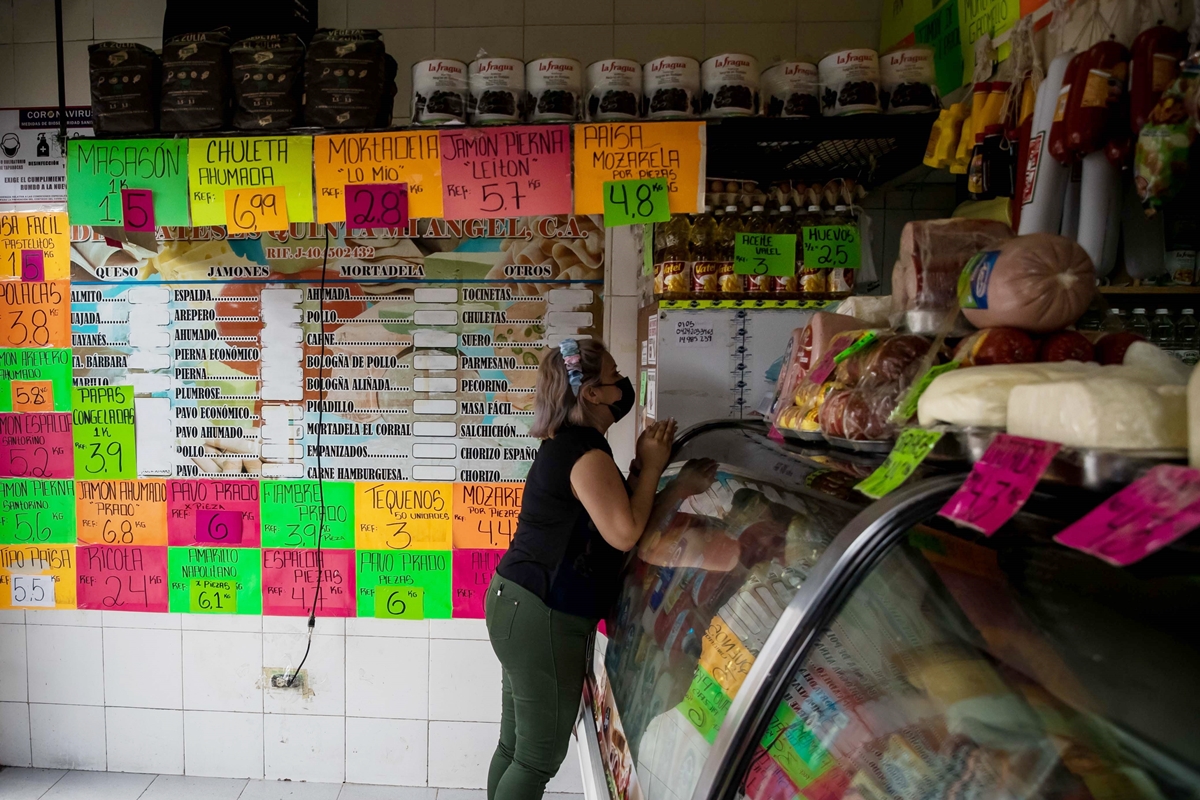 If the economy of Venezuela grew at an average rate of 5% per year in the coming years, as projected by the Economic Commission for Latin America and the Caribbean for this year, it would be necessary to wait, at least, until 2052 to return to see the production levels that the neighboring country brought in 2013a year in which its gross domestic product advanced only 1.3%, just before the collapse of recent years.

Indeed, the Venezuelan economy contracted for 8 consecutive years (2014-2021), a period in which value was destroyed as a result of the restrictive policies implemented by the regimes of Hugo Chávez and Nicolás Maduro.

In 2021, only produced 22% of what it generated in 2013. It means that, in the last 8 years, 78% of the size of the entire economy of that country was lost. Undoubtedly, the 5% growth forecast by ECLAC for Venezuela this year means a minimum amount of ground recovered, still well below what is being grown in other countries in the region, such as Colombia.

An expansion of 443% will be missing

Although that of Venezuela will be the third largest economic growth among twenty Latin American countries, it would still be 77% below its production of 9 years ago, that is, at the 2022 production level, an expansion of 433% would be needed to return to the activity of 2013.

The recent measures adopted by Nicolás Maduro, to try to correct the debacle caused by more than a decade of wrong actions that led this economy to fall by 30% in 2020, as well as the Russian invasion of Ukraine, which promises to reactivate the diminished oil industry, would give a new impetus to Venezuela.

For example, Credit Suisse estimates that Venezuela could grow 20% driven, mainly, by changes in the world oil supply and the high costs of this raw material due to the Russia-Ukraine conflict, but also by higher tax collections, among other reasons derived from the internal adjustments made.

The investment bank estimates that tax revenue in dollar terms could grow more than 40% this year. As is known, the use of the dollar has become a common fact in the country, while the government has made a millionaire effort to maintain stability between the two currencies.

The International Monetary Fundfor its part, made an adjustment in the projections for Venezuela and, from a fall expected at the beginning, now it foresees that it will have a slight rebound of 1.5% this year.

Other entities see that the Venezuelan GDP could reach this 2022 a rebound of 9%as pointed out by Focus Economics or 8%, which is the estimate of the Ecoanalítica firm, which coincides with the projection of the Andrés Bello Catholic University and the Venezuelan Finance Observatory.

The improvement of economic conditions in Venezuela would also contribute relief on some sanctions imposed by the United States. As Joe Biden made it known when announcing that he would grant a limited license to the Chevron oil company, which will allow the company to extract and sell Venezuelan oil.

From Colombia, some analysts are optimistic about the possibilities that the Venezuelan economy can get out of the negative terrain in which it has remained in recent years.

Andrés Langebaek Rueda, Executive Director of Grupo Bolívar Economic Studies, points out that the Venezuelan economy is beginning to have major signs of reactivationthe main improvement being the fact that the central bank of that country stopped financing the Government, which was the main cause of the hyperinflation observed there.

It adds that, because its fiscal deficit is practically zero, because it does not have how to finance excess expenses over income because nobody lends them, has led to substantial changes in the economysuch as adjustments in gasoline prices and removal of subsidies.

“Today is an economy that works with much lower inflation, public finances that are not a danger to the extent that the deficit is almost zero. There has also been some opening in terms of opening prices and measures to attract investors,” says the economist.

Precisely, since last year Maduro has insisted on investors to return to Venezuela with their capital, guaranteeing them all the conditions to do so.

That is a fundamental step for the recovery of the economy, the analysts agree, because, as the Grupo Bolívar economist mentioned, at this time he does not have anyone to lend him.

“The (Venezuelan) economy needs a strong investment component to get ahead, that’s why it’s the government’s call. As long as that doesn’t happen, that economy will remain stagnant,” says Munir Jalil, director of Economic Research for the Andean Region of BTG Pactual.

For this reason, warns the expert, the step taken by the Venezuelan government makes sense, because after many years of seeing its economy implode as a result of the lack of investment in all productive sectors, it is necessary to attract that investment again to revitalize an economy that today depends more than ever on its oil income.

The week before, in a speech, Maduro said that as of Monday, May 16, inbetween 5 and 10% of the shares of public companies would be offered on the Caracas Stock Exchange “in order to stimulate national and international investment”.

And he also said: “We need capital for the development of public companies”highlighting that he was open to “new proposals and visions for Venezuela to recover.”

Avianca and other airlines that have operated there in the past have said that their return depends on the guarantees provided by the Chavista government.

No legal stability or clear rules

The analysts consulted agree in pointing out that the lack of legal stability, the clear rules of the game, the weakness of the institutions and the lack of credibility These are the main issues that investors must deal with, who clearly must consider these new bets as high risk.

“From the point of view of risks, it is important and it is necessary to see under what conditions is this call made to Colombian businessmen, to know what the rules are, the institutional framework and the legal security that is being offered to prevent them from repeating the problems of the past that led them to incur millionaire losses,” said Anwar Rodríguez, vice president of the center of economic studies Anif.

“The big problem that I think exists in Venezuela and is still valid is that regulations and institutions are very weak and just as there is a desire to attract new capital, this could change very quickly in the future because there is no established division of powers, there is no confidence in the judicial system. Thus, in the event that disputes arise between investors and the government, there are also no resources from the state to generate compensation for lost profits or for loss of profits generated if the expropriation had not taken place… it is a step, but many limitations must be considered. ”, says Langaebaek Rueda for his partof Grupo Bolivar.

Grupo de Diarios América (GDA), to which El Nacional belongs, is a leading media network founded in 1991 that promotes democratic values, an independent press and freedom of expression in Latin America through quality journalism for our hearings.

Syphilis, gonorrhea and Co. – The comeback of venereal diseases

Gentil Duarte, the most powerful leader of the FARC dissidents, would have died in Zulia