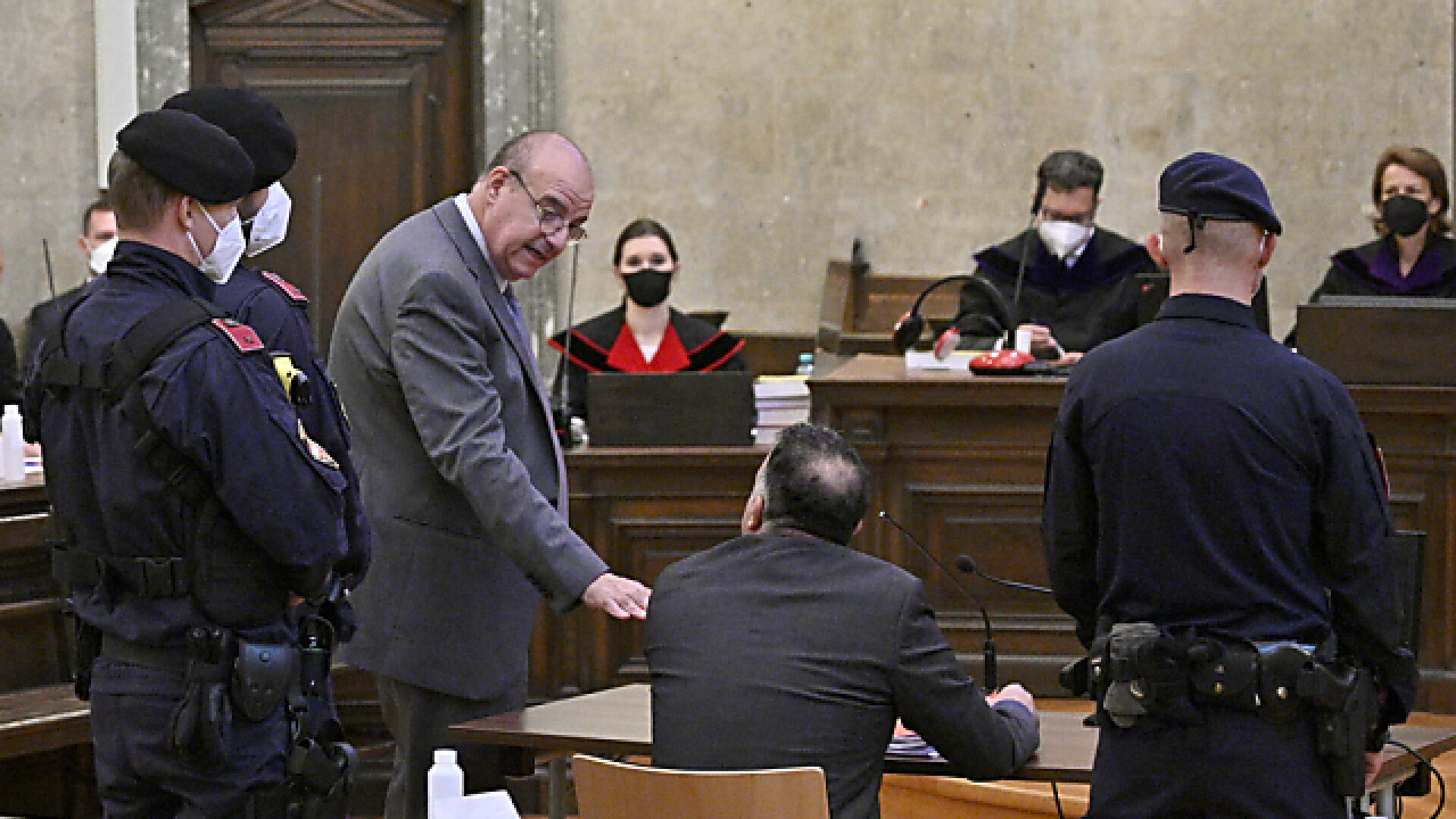 His ex-lawyer “forced” him to make a false confession after his arrest, the defendant alleged. He “definitely did not want to kill” the woman who was twelve years his junior. During the four-year relationship, he had “never in his life” exercised violence against the 35-year-old. His girlfriend, on the other hand, “scared him the whole time”, insulted and insulted him and presumably cheated on him with several men: “She trampled our relationship with her foot.” That’s why he went to her tobacconist’s shop with a gas bottle and wanted to scare her: “I wanted to confront her.”

After entering the tobacco shop, the native Egyptian locked the door behind him and lowered the scroll bars. The 35-year-old, who was afraid of her boyfriend and even hired a private detective to protect her, immediately pressed the alarm button – but the alarm system was not intact.

He subsequently hit the woman – “with the flat of his hand against the face, nothing more,” said the defendant. She “slipped on her side”. He then poured gasoline on paper to burn the business – emblematic of the state of his relationship. “A few drops” would have fallen on the woman lying on the floor. Before he set fire to the paper, he had “briefly strangled the woman with a cable” – “just to the horror,” as the 47-year-old assured.

When the fire broke out, he believed “that she was afraid and got up”. Before he left the shop – he locked the door behind him again and threw away the key – he noticed “how she was still moving her feet and hands”. As a result, he assumed “that she can still get up”.

“She was the only woman I loved,” claimed the 47-year-old. At the time of the crime he was “not myself”. At the beginning of the relationship, his girlfriend was “nice, nice, great”, but then became “very funny”: she was not an easy woman. That’s why he installed listening devices in the tobacco shop and in his apartment. He couldn’t trust her. While he did “everything” for her, she talked to her customers about their sex life, had fun and talked badly about him. That made him “very angry,” admitted the defendant.

In the event of a guilty verdict – the verdict is due to fall on Friday – the man faces ten to 20 years or life imprisonment. The prosecution has also requested that he be placed in an institution for mentally abnormal lawbreakers. The decisive factor was an opinion by the psychiatric expert Peter Hofmann, who classified the 47-year-old as sane but as highly dangerous due to a serious combined personality disorder with sadistic, narcissistic and obsessive-compulsive traits.

“He set them on fire because it wasn’t enough for him to kill or strangle them,” said public prosecutor Susanne Schneider in her opening lecture. The defendant wanted to “wipe out” the woman with whom he had an on-off relationship. In the direction of the jury, the prosecutor emphasized that the act was “exceptional”. The course of the crime was fully documented on video: “You will not forget the gruesome pictures anytime soon.” Regarding the defendant’s approach, the prosecutor commented: “My words fail to describe the brutality and vehemence of the attack.”

“He is a helpful man who has done everything to support his girlfriend,” countered defense attorney Michael Schnarch. His client is “not a monster”. The relationship with the 35-year-old had “emotionally destroyed” the defendant. This had wanted to save the relationship, he had not succeeded. The accused “did not plan and did not want the act”. “You will not hear a monster, but a soft person,” announced Schnarch.

According to the indictment, the relationship between the native Egyptian and those who were later killed was shaped by his jealousy and the need to control. He had installed a bugging device in the tobacco shop so that they could monitor their conversations at work. The convicted man – he had beaten and threatened his ex-wife and was on trial for assault and coercion in November 2018 – is also said to have searched her cell phone. According to the prosecution, the tobacconist was often afraid to go home because she was afraid of her violent partner. The caretaker is said to have warned the 35-year-old about her partner almost two months before the act and told her via WhatsApp that she was “in danger”.

When he found the number of a former work colleague on his partner’s cell phone, the accused felt “taken advantage of”, said the prosecutor. Due to the eavesdropping device installed, the 47-year-old finally found out that his girlfriend had hired a detective. According to the prosecution, he told her two days before the crime that she was making him “foolish until I burn you in your business”. At this point he had already bought four liters of gasoline and filled it into small bottles at home.

On March 5, the 35-year-old met the detective in her shop. The defendant overheard how the woman opposite this the “final separation” from her partner in the room. In this context, the detective recommended installing a tracking device on the 47-year-old’s car because the woman was afraid of the Egyptian’s reaction. Then the 47-year-old got “a huge rage” and drove straight to the tobacconist’s with petrol, the public prosecutor described the further events.

The 35-year-old was therefore knocked to the ground. A cable was wrapped around her neck and she was throttled – for almost two minutes, according to the prosecution. Then gasoline was poured on her body and set on fire.

Two passers-by heard the flames inside the locked shop and smashed the glass door with a shopping cart. To the alarmed rescue workers, the 35-year-old was still able to briefly describe what she had experienced and to spell the name of the person who had fled from the crime scene.

The critically injured person was treated for intensive care in a hospital. For weeks, the woman and the doctors fought for the life of the 35-year-old, an arm and a leg had to be amputated. On April 3, the woman died of multiple organ failure as a result of the burn wounds she had suffered. “She lost the fight after 30 days of pain and suffering,” said the prosecutor.

He did not want that, stated the defendant: “I prayed every day that she would at least stay alive.” Her heart problems and the fact that she often had bruised feet may have contributed to her demise. After all, she had been in the hospital for a month.

First aiders in the case were a paramedic and a civil servant who happened to pass the tobacco shop – they brought a dialysis patient home from the AKH. The 35-year-old was sitting on the floor in front of the tobacco shop, the civil servant described as a witness to the jury: “She was completely burned.” The woman “screamed in pain” and explained to him: “My friend set me on fire.” Because the tobacco shop was starting to burn more and more, he got a stretcher from the ambulance, reported the 19-year-old: “We got you out of the danger zone. Then the emergency doctor was already there.”

“It was a miracle for me that she was still conscious and responsive,” added the paramedic. The woman was even able to spell the name of the alleged perpetrator to the police and give his date of birth. “She then said she was dying,” the 23-year-old let the jury know.

The detective whom the 35-year-old had engaged was also questioned. “I got the impression that she wants to get out of the relationship,” he announced. The woman told him about her boyfriend’s “pathological jealousy”. “I’m looking for quick help before something happens,” said the email the woman had sent to the detective. And further: “My friend is making my life hell.”

The trial will continue on Friday. A coroner and the psychiatric expert will then present their reports. The verdict is expected on Friday afternoon.