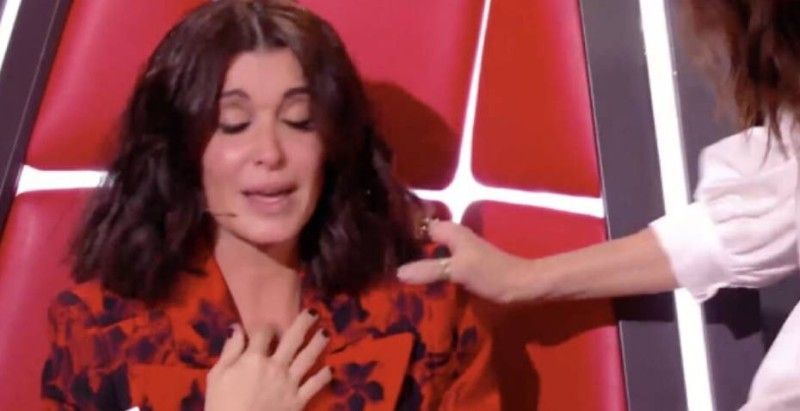 The All Stars season of “The Voice” will experience many twists and turns. After blind auditions marked by emotion, in particular thanks to the touching reunion of certain talents with their former coaches, the candidates will now participate in the cross-battles! And as revealed by “Télé Loisirs”, the first evening of the cross-battles “will be the theater of unsuspected twists”. Some talents will already leave the show presented by Nikos Aliagas. A situation that will upset the coaches.

“It’s awful. I’m starting to faint when I’m not singing, I’m not doing anything,” Zazie said. For Jenifer, cross-battles are a very difficult step to take. The singer will even threaten the production of “The Voice All Stars” to quit the show and give up filming along the way. “I’m shocked. I’m leaving the show. I’m not continuing,” she told Mika in the early evening. Faced with these confidences, Nikos Aliagas will give the floor to Jenifer who will explain: “Frankly, I am a little confused. I admit … I should absolutely not react like that. But I am in the most total misunderstanding. I am a little confused. am extremely disappointed “. Obviously, Jenifer will be able to count on the support of Florent Pagny who will not hesitate to bounce back: “It is a battle that should not be done …”.

What talents are they talking about? What really happened? Did Jenifer leave the filming of “The Voice All Stars” in a hurry? The answers to all these questions that you certainly ask yourself as much as we do, it’s Saturday night on TF1!

As a reminder, the cross-battles were launched for the first time last season. Nikos Aliagas gives his hand to a coach who will have to choose one of his talents to challenge a candidate from another team. The two selected participants sing, in turn, the song of their choice. At the end of the two performances, the 101 people present in the room vote, using an electronic box, for their preferred candidate. Whoever wins the most votes qualifies for the live semi-final, the other is eliminated from the competition.

To see also: “I do not like, I suffer”, the singer Jenifer very hard with her parents, this unexpected declaration!