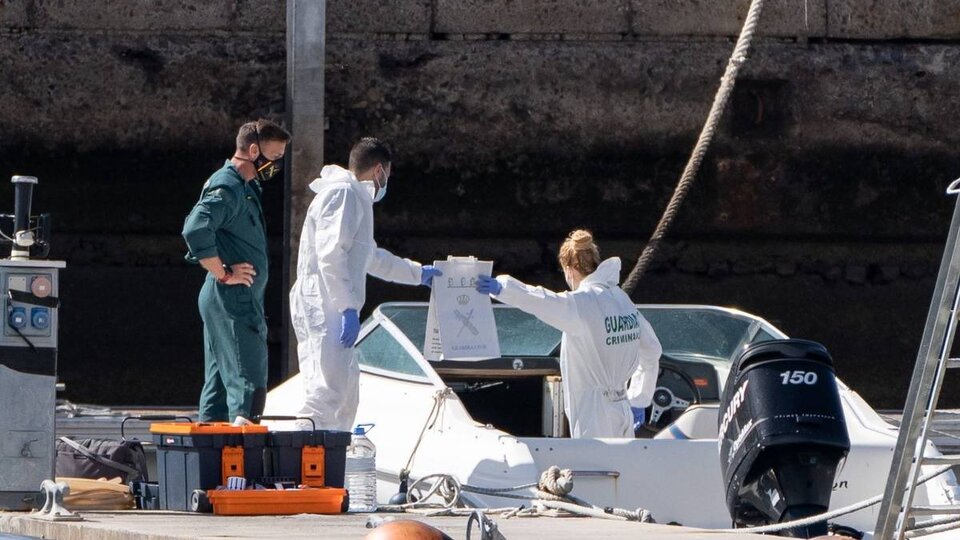 Spain is shocked by the appearance in the sea of ​​the corpse of one of the two little sisters who disappeared in Tenerife a month and a half ago. It is about Olivia Gimeno Zimmermann, six years old. The body of the little girl was at the bottom of the sea, in a bag that in turn was tied to the anchor of her father’s boat, Thomas Gimeno.

Olivia and her one-year-old sister Anna disappeared on April 27. The next day the 37-year-old Gimeno’s boat was found: it was adrift and without anchor. That April 27, Gimeno was seen while loading six bags in the port of Santa Cruz de Tenerife. Olivia’s body could be found thanks to a search ship’s robot, a thousand meters deep, and three miles off the coast of Tenerife.

The investigation points to the kidnapping of the minors by their father. In recent weeks, the seabed began to be investigated as it did not have results on land. Hence the help of the ship Ángeles Alvariño, whose robot found the body of the oldest of the little sisters. The work was based on an area delimited by the geopositioning of Gimeno’s cell phone in the hours of the girls’ disappearance.

The case could be one of the most perverse forms of sexist violence: vicarious violence, by which harm is caused to the mother through the suffering of children. Since 2013 there have been 39 such cases in Spain, four of them in Tenerife. Except in one case, all the crimes were committed by the biological parents.

The drama began when, at five in the afternoon on April 27, GImeno picked Anna up at the house of her ex-partner, Beatriz Zimmermann, 35. Then he went to look for Olivia at a school camp and with both of them he went home. From there, around 7:30 p.m., he headed towards the Tenerife marina. No one, not guards or security cameras, could detect if he entered with the girls.

The fact is that Gimeno embarked alone. From his car he carried suitcases and bags, and for that he had to make three trips between the vehicle and the boat. He sailed twice. Upon returning from his first outing, the Civil Guard intercepted him and fined him for skipping the curfew that governs the coronavirus pandemic. He went out to sea after midnight and was never seen again. The next day the empty boat was found, without anchor, off Puertito de Güímar, on the east coast of Tenerife. Later a baby chair, the kind used for car trips, appeared in the water. Three days ago, the investigation of Ángeles Alvariño He found a duvet cover and an oxygen bottle floating in the water. Both were from Gimeno.

Meanwhile, Beatriz Zimmerman has lived through an ordeal, convinced that the girls were alive. A day before the tragic discovery, he considered that the material located by the search boat was “quite a theater” to simulate the escape of Gimeno with his daughters.

Spain followed the case with vilo and no one has been oblivious to this tragedy. Not even the authorities. “I cannot imagine the pain of the mother of little Anna and Olivia, who disappeared in Tenerife, in the face of the terrible news that we have just heard. My embrace, my love and that of my whole family, who today show their solidarity with Beatriz and her loved ones ”, wrote on Twitter the president of the Spanish government, Pedro Sánchez.

In the social network, the president of the Canarian government, Ángel Torres, also showed his solidarity. “Weeks yearning for hopeful news and yet today the worst possible news comes to us, the one that chills our soul, about the girls from Tenerife, Anna and Olivia. All our regret, encouragement and strength to his mother, Beatriz, to his family and friends. Canaries destroyed ”.

Another voice that was raised was that of Irene Montero, Minister of Equality, who condemned “this violence that is used against women mothers to hit where it hurts the most is a matter of State.” He also wrote: “There are no words to accompany Beatriz in these moments of terrible pain. We are here for whatever is necessary. No more #ViolenciaVicaria”.