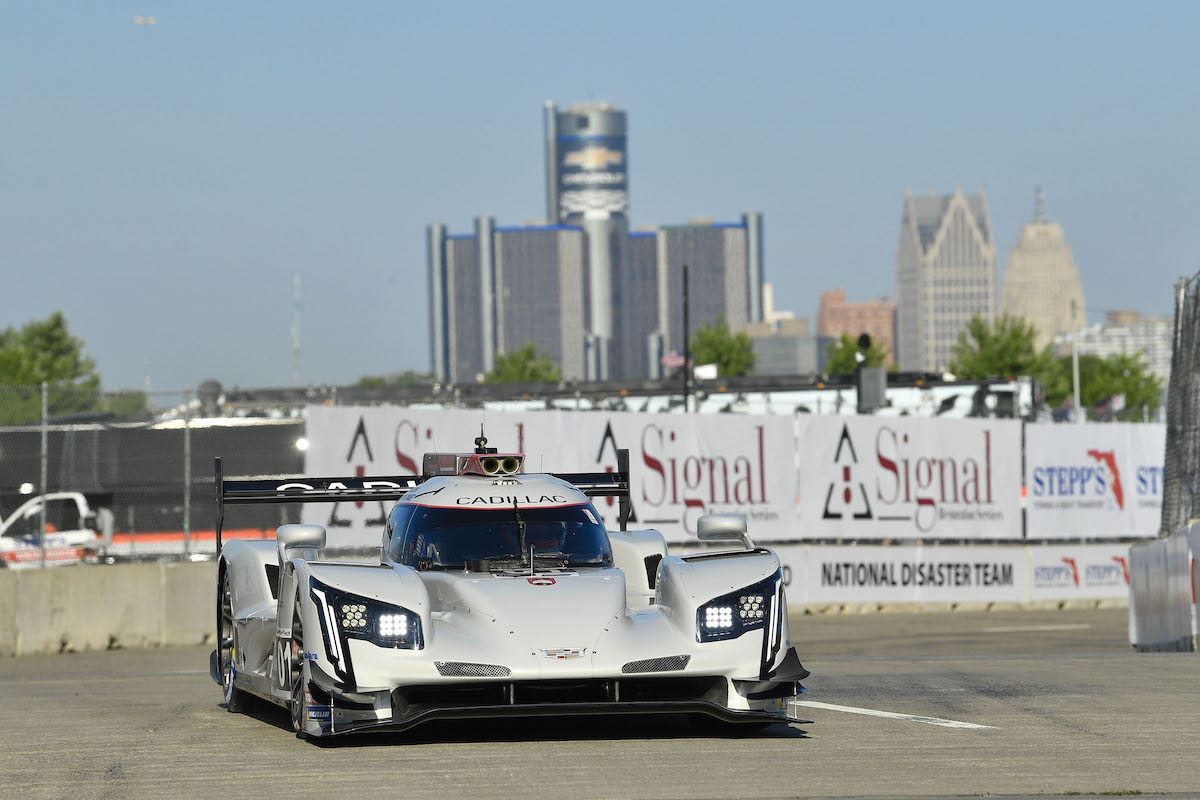 What other place would not have served better the return to the top step of the podium of the Chip Ganassi Racing in IMSA? Near the headquarters of GM, parent company of Cadillac, in “Motor City”, the formation of Chip Ganassi returned to success in the American series last night, with his duo Renger van der Zande – Kevin Magnussen et la Cadillac DPi-VR n ° 01.

From start to finish, the Dutchman and the Dane led the charge on the Belle Isle track, van der Zande resisting Felipe Nasr in the last moments and the # 31 Cadillac DPi-VR – Action Express Racing.

A duel came to conclude a neutralized race in the final ten minutes following the stop of the BMW M6 GT3 n ° 96 – Turner Motorsport. The final sprint will eventually see Ganassi retain the advantage, which is also Magnussen’s first success since joining the championship.

The Audi R8 LMS GT3 Evo n ° 39 – Carbahn with Peregrine Racing of the duo Heistand – Westphal had nevertheless won under the checkered flag but a refueling time too short compared to that established by the BoP, rejected the car to the rings at the bottom of the classification.

Discover the report of the Belle Isle event in IMSA, in AUTO n ° 2316weekly, available tomorrow evening in digital version and from this Wednesday on newsstands.