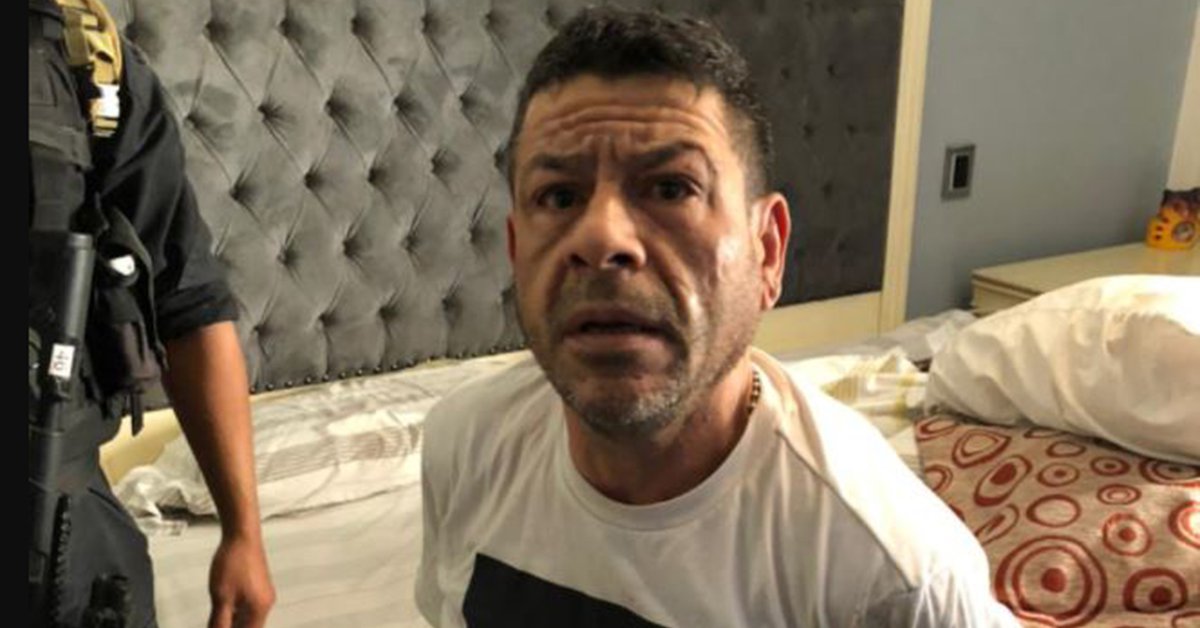 There are names that never go away. Javier Alejandro Pacheco, “El Rengo”, carried out a bloody conflict 20 years ago with his brothers in Villa 9 de Julio in San Martín against a family of rival transas and a series of murders along the way. His story was repeated in those corridors over the years, linked to fierce attacks. He had an old accomplice and superior in rank, Gerardo Goncebat, who did his business without going to war against his greatest competitor, the famous “Mameluco” Villalba, prisoner and convicted, implicated in the crime of Candela Sol Rodríguez, synonymous with cocaine in San Martín.

Over time, “El Rengo” took on its own speed. The July 9, investigators say, was his, with “Mameluco” imprisoned and worn out. .

Pacheco in his chair, his hands handcuffed with seals.

This week, The Departmental Delegation of Investigations of Illicit Drug Trafficking and Organized Crime Ezeiza of the Buenos Aires Police arrested him along with seven members of his gang, in an operation of 21 raids by the Federal Court No. 2 of Morón in charge of Jorge Rodríguez. The researchers followed him for weeks, They caught him eating on a grill in San Martín, recorded by security cameras, they followed him to his house on Gaucho Güemes street: it turned out to be a mansion

There, they arrested him along with the UTOI troops, accused of being the head of an organization that included zone bosses, dealers, distributors and two women who acted as front men. They found a kilo of cocaine divided into three thousand bags, marijuana, 32 cell phones that can be appraised, seven digital scales, heat sealers, banknote counting machines and cash.

Villa 9 de Julio was also raided, after the movements of his men were filmed with a drone, captured with a bolt-action operative.

But the most interesting thing was what was in his house, that the police from the Ezeiza Delegation registered while “El Rengo” Pacheco lay down on an armchair, handcuffed, looking sad. Two UVT Honda and Kawasaki vehicles were waiting in the garage, next to a gold BMW. The poker table in the living room, ten feet long, was eye-catching too, the same the pool. Pacheco did not even have Gaucho Güemes’ house registered as his fiscal domicile. He didn’t have a business in his name, not even recent credit card debt.

Plowing: the two UTVs in your garage.

Pacheco’s obscene style surpasses that of other bosses from the suburbs such as Claudio Pérez, alias “El Cabezón”, Head of the Pantano village, who fell into his mansion in Monte Grande, with a pool, security cameras and kennels with bulldogs. He locked himself there, after assailants entered his garden, surrounded by cell phones, sending orders from a telephone.

It fell in 2016. Police sources point out that Pérez would have had his line of provision of base pasta in the Zavaleta village, at a wholesale price of 60 thousand pesos per kilo: their presumed dealers rotated in long-hour shifts in El Pantano to have total control of the corners of the area. A 0.3 gram dose of paco could cost an addict up to 50 pesos. They found high-end cars in a second home; had eleven vehicles in total, including a pristine collectible Chevy.

Front: the entrance of the mansion.

The Financial Information Unit investigated the route of the money from “Cabezón. His tasks revealed a very curious alleged modus operandi: Pérez and his wife would have passed at least 3.7 million pesos in the last two years for various gambling halls. Judicial sources point out that “El Cabezón” had the habit of buying a large number of chips, playing a small part, and then returning the rest. Thus, he would convert black money into white money.

Trial of the drug clan of Maradona’s Ferrari: the video of the financier who betrayed them and was killed by hitmen
The incredible life and fortune of “Cabezón del Pantano”, the alleged drug dealer accused of laundering millions in casinos