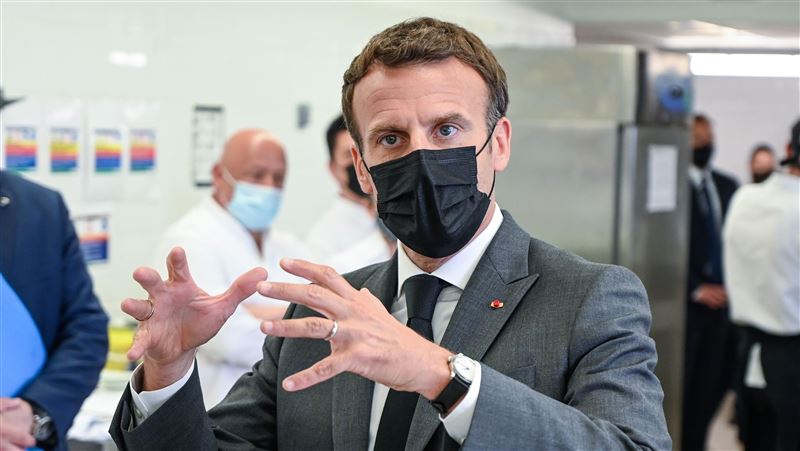 French President Macron was shocked to hear that he was slapped in the face by a man on Tuesday local time. At the moment of the incident, Macron’s followers immediately suppressed the man to the ground. The identity and motives of the man are still unknown.

Reuters reported that Macron went to a catering school in Drôme on the 8th, French time, and talked with local bosses and students to discuss how to return to a normal life after the epidemic. According to the video circulated on Twitter, Macron was wearing a white shirt and tie, walking outdoors, and approaching the supporters outside the fence intimately, shaking hands one by one, but unexpectedly there was a man wearing a dark green shirt. See When Macron approached, he shouted “Down with Macron” and gave him a slap in the face. At the moment of the incident, the people exclaimed again and again, and the Suihu beside Macron also rushed forward to suppress the man.

The French Presidential Palace also confirmed that Macron was attacked, but did not comment much, but French Prime Minister Jean Castex said that the move was an insult to democracy. The report did not explain why the man wanted to attack Macron, but the man can be heard chanting “Montjoie Saint Denis” in the film, and this slogan is actually the slogan that the army often chanted during the period of France or the monarchy . Reuters also quoted local media reports that two people were arrested.