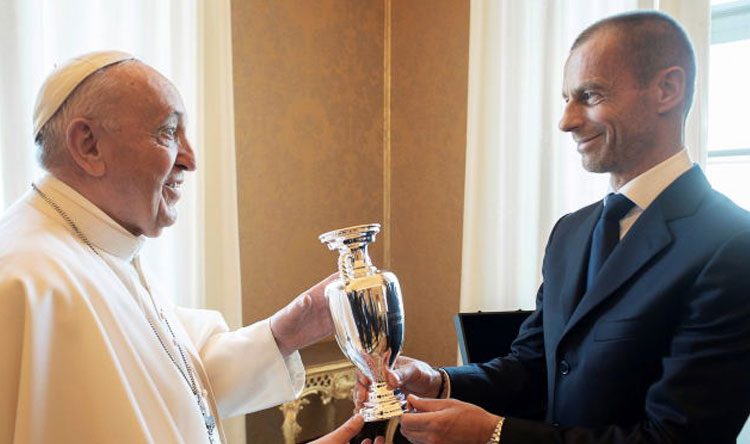 According to the “Rom Reports” website, European Football Association President Alexander Schiffrin presented Pope Francis with a replica of the Euro 2020 Cup. On the other hand, the website stated that Pope Francis gave the attendees during the meeting a book entitled “Sport, according to Pope Francis.”