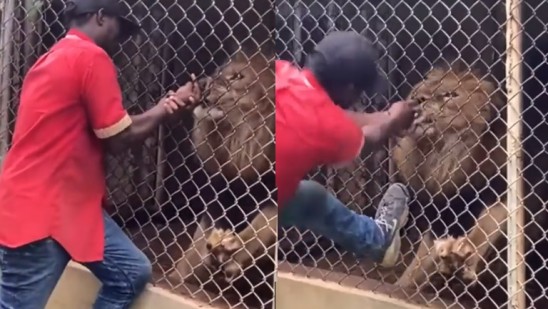 Kingston> Man loses fingers while playing with lion at zoo A contract worker at a zoo in Jamaica has lost his fingers.

The fun was in putting the fingers in the lion’s mouth in the cage. But the lion bit his finger and it was in his mouth. It has also been reported on social media that two people were filming the accident on video without being involved in the rescue operation during the incident. The lion pulled his hand back but refused to let go of the bite from his finger.

The rehearsal performance was in front of about 15 spectators. The accident was caused by provoking the lion. ‘It was an unfortunate event. It should never have happened. Full support will be given to the injured person, ‘said zoo officials.

Never seen such stupidity before in my life. pic.twitter.com/g95iFFgHkP

Learn about the stages of the spread of monkeypox in the body.. 6 photos reveal skin changes