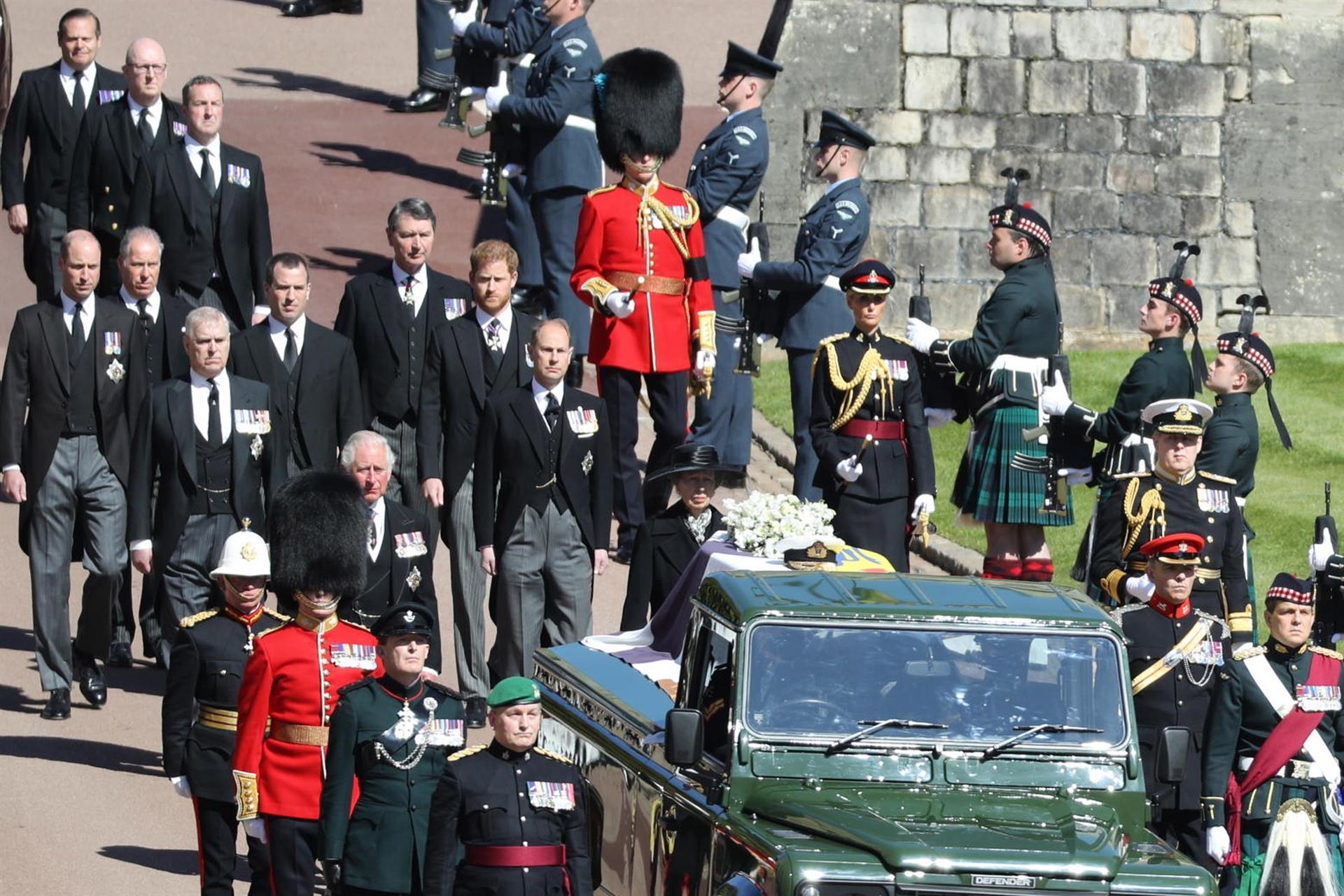 The funeral for him duke of edinburgh, consort of Queen Elizabeth II, started this Saturday at 10:00 am, Venezuelan time, in the Chapel of San Jorge, adjacent to Windsor Castle, after a minute of silence in memory of Prince Felipe.

The hearse, a hybrid vehicle customized by the Duke himself, arrived at the temple flanked by representatives of different military regiments and followed by his four sons in the front line, after a 15-minute procession from the castle, before the ceremony began, with only 30 guests

The British sovereign traveled in her own car, a Bentley, together with a lady in waiting, to the Gothic-style temple, where only 30 guests were present due to the pandemic, although the event was broadcast live on television.

At the doors of the chapel where the funeral of Prince Philip takes place, the Dean of Windsor and the Archbishop of Canterbury received the coffin, which was installed on the catafalque while the assistants, all covered with masks, went to their assigned places to maintain social distance.

“We have been inspired by your unwavering loyalty to our Queen, your service to the nation and the Commonwealth, your courage, strength and faith. Our lives have been enriched through the challenges he presented us, the courage he gave us, his kindness, humor and humanity ”, said the dean in his welcoming remarks.

The route of the funeral procession was delimited by personnel of the Naval Force, the Royal Marines, the Highlanders, the Fourth Battalion of the Royal Scottish Regiment, and the Air Force (RAF) and cannon salutes were heard by the Mounted Artillery on horseback of the King’s Troops and the sound of the bell.

See Also:  Lady Gaga thought about suicide every day and 'hated being famous'

Upon the arrival of the procession to the Chapel of St. George, the funeral vehicle was received by a guard of honor and a military band from the so-called Rifle Regiment, who interpreted the national anthem.

Members of the Horse-Mounted Guard lined the steps of the temple, as the coffin – covered with the Duke’s banner, his naval cap, a sword and a floral crown – was moved into the chapel while a nautical theme played, known as The still.

Before the service began, a minute’s silence was observed in memory of the Duke and a shot fired by the horse-mounted Artillery of the Royal Troop of the King marked the beginning of the ceremony.