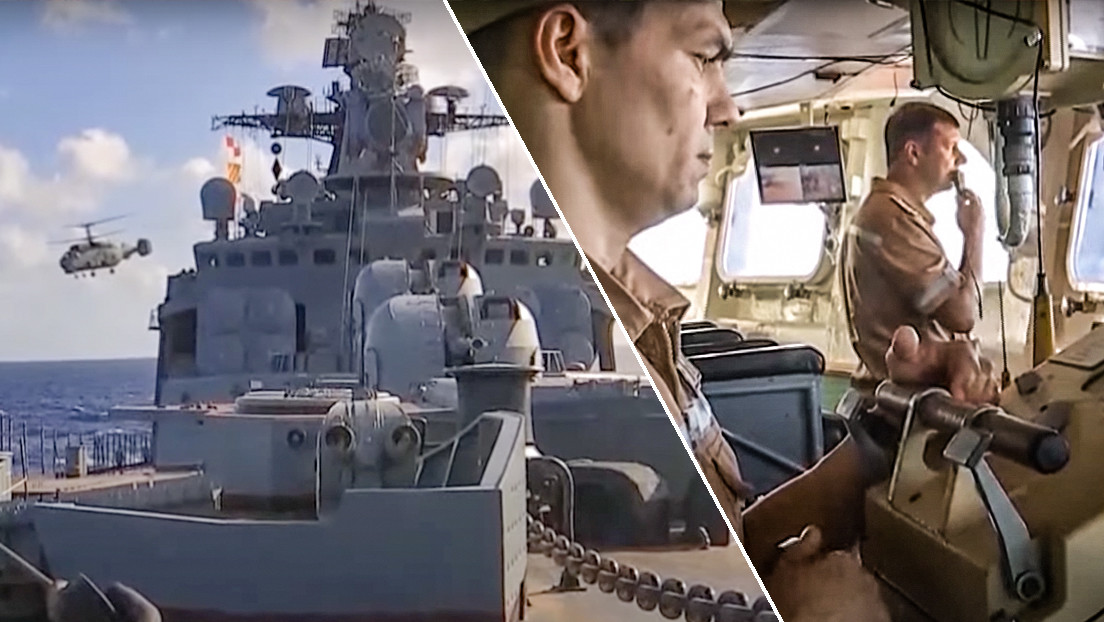 The exercises of the Russian Pacific Fleet focus on the joint performance of its different branches in the search and hunt of submarines some 4,000 kilometers from their bases.

The training of the Russian Pacific Fleet that are unprecedented in scale since Soviet times continue in the central Pacific, according to a release of the Ministry of Defense.

According to the training plan, the Russian naval group, interacting with the Navy aviation, has been practicing anti-submarine missions some 4,000 kilometers from its bases since June 10.

In particular, task force forces conduct search and tracking of a potential adversary’s submarines using sonars installed under the keel of surface ships, as well as sonobuoys and helicopter hydroacoustic stations.

The embarked Ka-27 antisubmarine helicopters operate from the large antisubmarine ship Admiral Panteleyev, as well as from the Marshal Sháposhnikov frigates and the Gromki and Aldar Tsidenzhápov corvettes.

In the course of practical operations, the surface vessels interact with Tu-142MZ long-range anti-submarine aircraft that took off from their base in Kamchatka, 5,000 kilometers from the area of ​​operations.

These aircraft are escorted by MiG-31BM high altitude fighters.

The command of the drills is carried out from the Marshal Krylov telemetry and control ship.