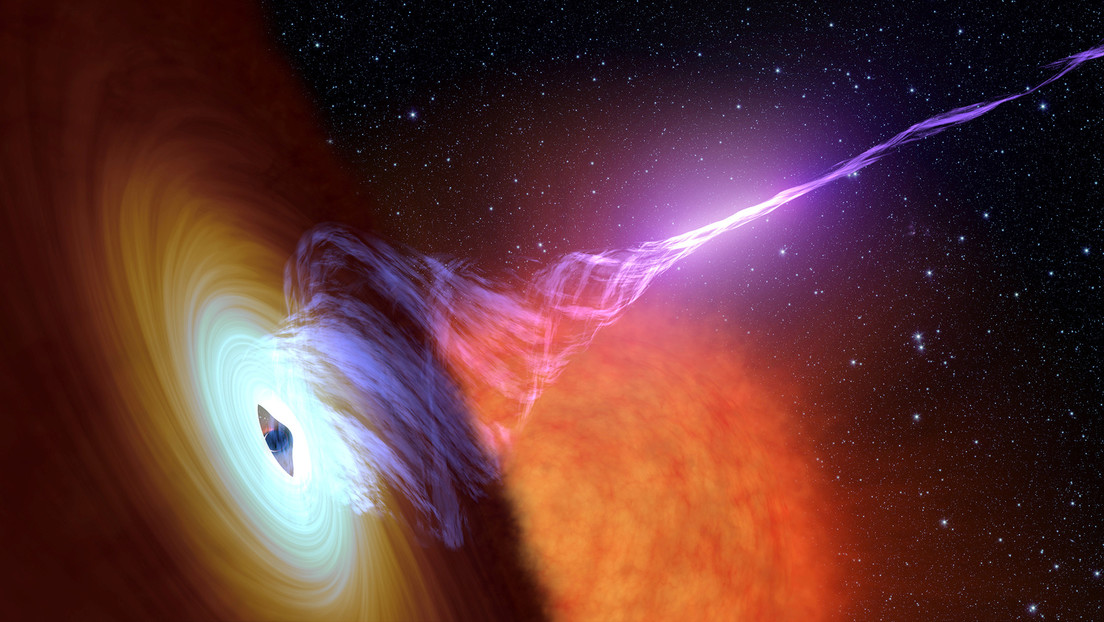 With a mass that exceeds that of the Sun eight times, the black hole and its companion star are located about 10,000 light years from Earth.

NASA’s Chandra X-ray space observatory caught the blast from a black hole that emitted incandescent material into space, yet its strong gravity dragged even its companion star onto a disk that emitted X-rays around it.

In the recordings obtained, part of the hot gas from the disc crosses the ‘event horizon’, the point of no return, and is consumed by the black hole, while another part of the gas is expelled from its interior and in opposite directions. , along the lines of the magnetic field.

The black hole and its companion star form a system called MAXI J1820 + 070, which is located about 10,000 light years from the earth. The hole’s mass is about eight times that of the Sun, while that of the star that orbits it has almost half the mass of the Sun.

Unlike supermassive black holes, which are millions or billions of times the mass of the Sun, it is considered stellar for having formed after the destruction of a massive star. The recent images of its behavior are based on four observations obtained by the Chandra satellite in November 2018 and in February, May and June 2019.