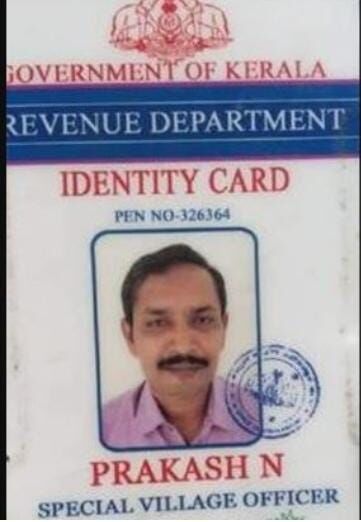 Manimala: Special village officer of Changanassery taluk N. who went missing in Manimalayam. Prakash’s body was found. The incident took place around 10 a.m. on Monday. An out-of-state worker jumped in to save him but could not save his life. He was a Special Village Officer in Changanassery Taluk Office. He was recently promoted to Village Officer. On Tuesday, the second day, five units of the fire brigade searched but could not find him.

He left home to go to his office in Changanassery. Then, he reached the Manimala bridge, put his bag here and jumped into the river. Yanus, an out-of-state worker from Bengal who saw him jump into the river, jumped into the river to save him. But Prakashan was drowning in the river before he could get his hands on it. The search, which began Tuesday morning, was halted at 7 p.m. The body was found near the check dam below the Manimala police station on Wednesday.

The search was led by a group of Nanma friends from Erattupetta, a private rescue team and another team from Alappuzha. The search was delayed due to high water levels in the river.