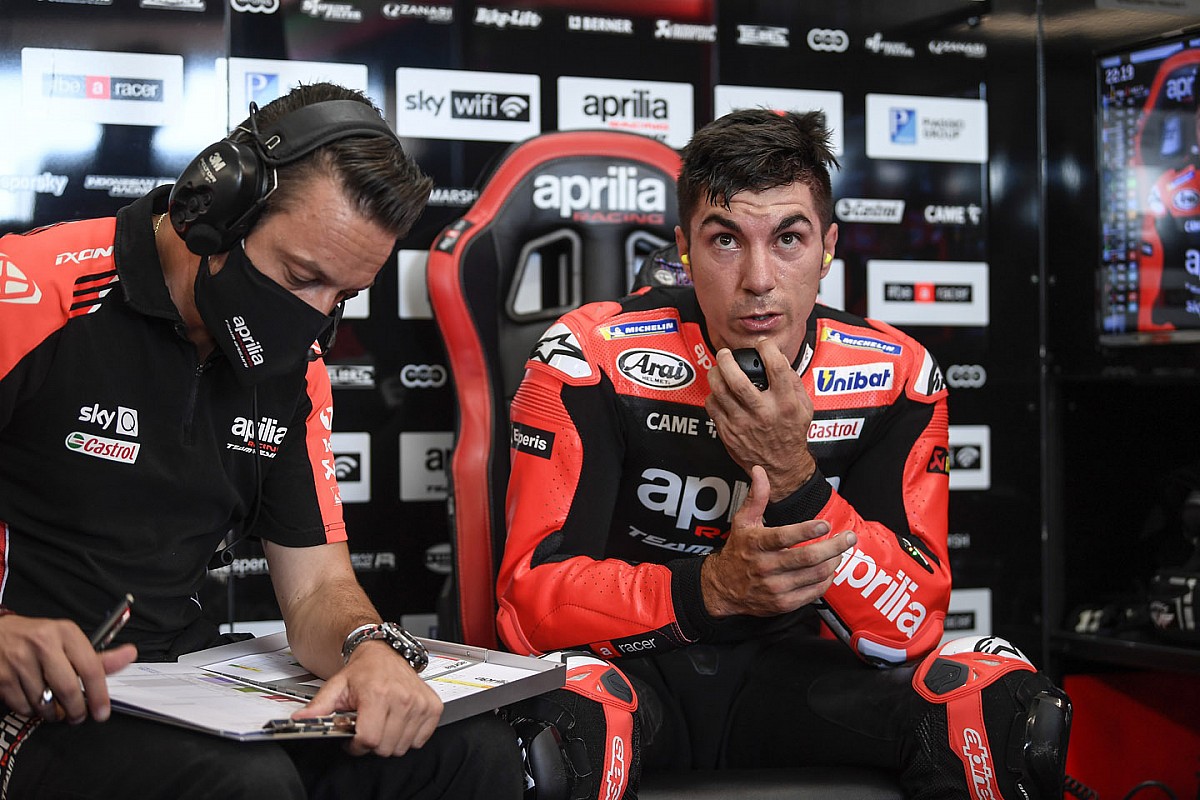 Barely five days after the Aragón Grand Prix, the drivers were already back on track this Friday in Misano, in relatively cool temperatures: 25 ° C in the air and only 1 ° C more on the track. These conditions prompted most of the riders to opt for a soft tire at the front and a medium at the rear.

Michele Pirro, one of the two drivers fielded in wild card this weekend with Stefan Bradl, was in the lead after the first series of quick laps. Takaaki Nakagami seized power in his second round. Pirro briefly regained first place before being beaten by Suzuki riders, Joan Mir then Álex Rins, then Aprilia’s two representatives, Maverick Viñales and Aleix Espargaró, on the track one behind the other.

The Italian manufacturer’s double did not last long as Marc Marquez took the lead for 0.002. The one who won three times in Misano in MotoGP was beaten by Viñales, winner of one of the two organized races. on this track last year. Naturally behind for his first weekend of racing on the Aprilia handlebars in Alcañiz, the # 12 is on somewhat more familiar terrain in Misano, where he tested his new machine during two days two weeks ago.

Pecco Bagnaia took first place at the end of his first stint, while Jack Miller moved up to second. The members of the official Ducati team were then ahead of three Spanish riders: Maverick Viñales, Marc Márquez and Aleix Espargaró. Johann Zarco was in sixth place ahead of Álex Rins and Fabio Quartararo, who were 0.398 behind the leader.

Joan Mir had slipped to 12th place but took the lead at the start of his second stint. Viñales confirmed his good form by passing again with a time of 1’32 “666 which placed him 0” 080 in front of his compatriot. The sky was getting more and more threatening and a little more than ten minutes from the checkered flag the marshals waved the white flag with a red cross, indicating to the pilots the arrival of raindrops. The downpour quickly redoubled and it was under a real deluge and in slow motion that Aleix Espargaró had to return to his box.

On a now wet circuit, the Suzuki and Honda riders were the only ones to take to the track, naturally very far from the best times achieved earlier in the morning. Viñales therefore kept the lead and had his first session since joining Aprilia, ahead of Mir, Bagnaia and Miller. Rins set the fifth fastest time ahead of Pol Espargaró, who climbed up the rankings just before the start of the downpour, and Fabio Quartararo. Stefan Bradl, Marc Marquez and Aleix Espargaró completed the top 10. Johann Zarco took 11th place.

For his return to competition after his knee surgery and his arrival in the official Yamaha team, Franco Morbidelli achieved the 16th fastest time. Andrea Dovizioso was logically more behind for his discovery of the M1 version 2019 of the Petronas team, with the 24th and last place of the session. The weather conditions should be better in the afternoon, opening the door to improvements in lap times for the entire field.