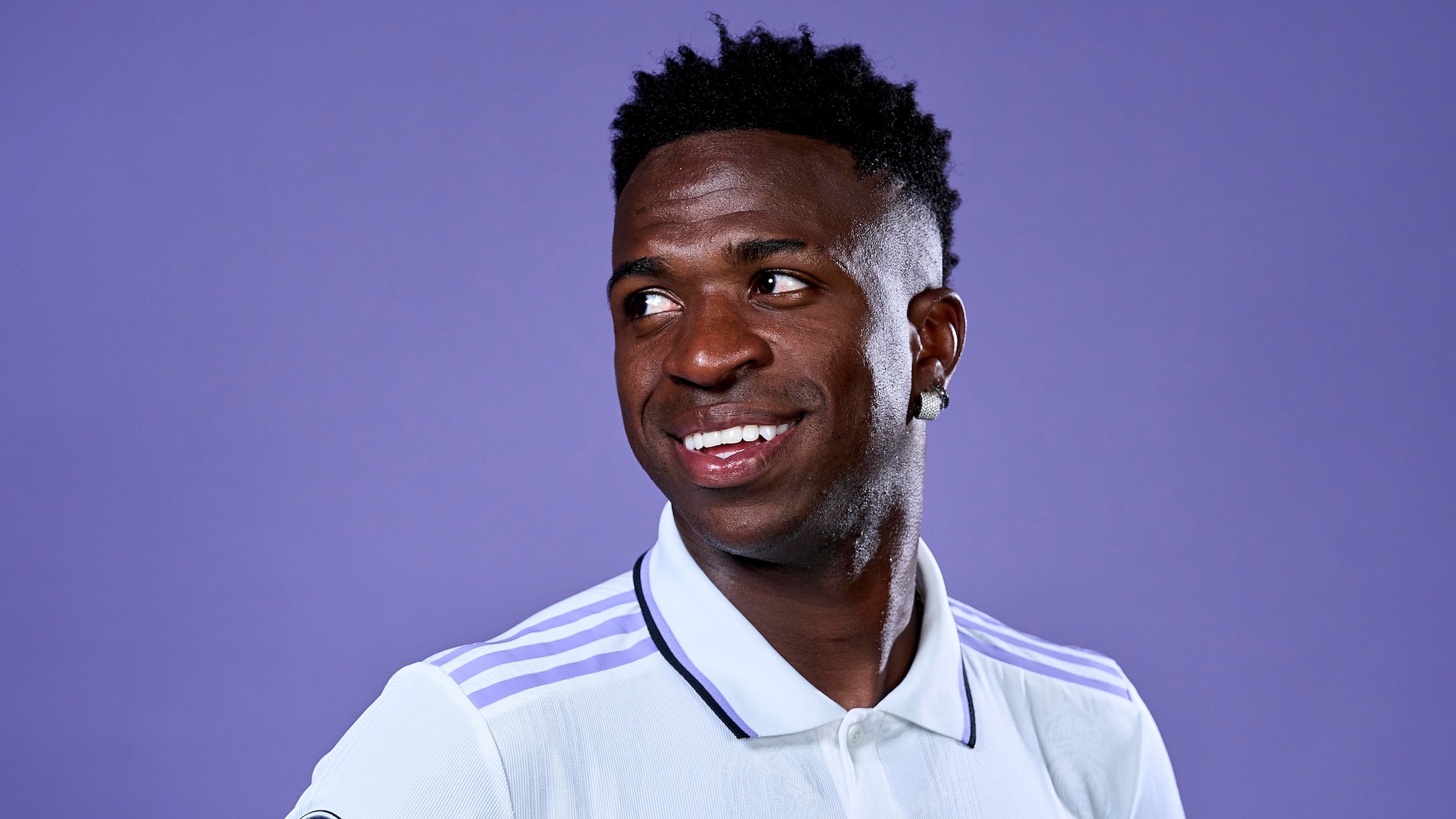 A Real Madrid player he joined from Flamengo in Rio de Janeiro, Vinícius Júnior took a giant step last season, establishing himself in the first team under the management of Carlo Ancelotti and scoring the winning goal against Liverpool in the UEFA Champions League final.

The 22-year-old returns to the continental scene as his team faces Eintracht Frankfurt in the UEFA Super Cup in Helsinki, and the Brazilian is aiming for many more trophies, as he tells UEFA.com.

It is very important to try to win as many matches as possible, especially if you want to win such important competitions as the UEFA Super Cup. We will do everything in our power to win the first trophy of the season.

Vinicius Junior on the mentality of Real Madrid

It’s in the DNA of this club and this shirt, always being present in important matches, players who know how to approach matches in this competition, so I think it was a bit of everything. Some of the matches were real emotional lifts and everything seemed to be going our way.

My favorite moment ? The game against [Manchester] City here at the Bernabéu. Within two minutes Rodrygo came on and scored two goals that took us to the final. The most important moment of the competition, I believe, was the game against City.

I think he was able to bring the best out of us, not just me, but the whole team. He is very warm and treats everyone as if they were his son. Of course, he has work to do regarding the preparation off the pitch but, coming here, he has brought us a lot of calm and confidence.

Vinícius Júnior on his success at a young age

I take inspiration from the players who have achieved a lot of things at this club, who have achieved these things at the biggest club in the world. Of course I want to keep winning here and play for a long time to win as much as them – win five or six (Champions Leagues) and try to be as influential as some of the greatest players to have worn the Real Madrid shirt. .

I’ve been a Flamengo fan since I was little. I went to the Maracanã recently and when the fans saw I was there they started chanting my name. It was very important for me because my heart belongs to this club and it was (the club) that encouraged me to come here to Real Madrid.

I love the NBA and I always see how the players show up at the playoffs. I am also a Lewis Hamilton fan. David (Alaba) and (Eduardo) Camavinga (share my passion). Camavinga took to the catwalk at Balenciaga’s latest fashion show.

Meetings and free predictions for PMU races on Friday August 5, 2022