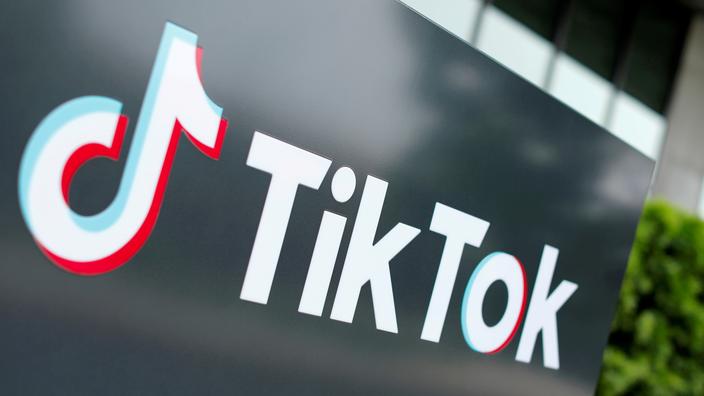 Divided into two parts, the video has been removed, assures the platform, which apologizes to users.

Many Internet users were indignant this weekend at an infamous video circulating via the TikTok application. On Twitter, users warned their fellows, telling them not to watch the scene, macabre and traumatic. “A video of a 14 year old girl being beheaded is spinning all over the networks so if you see the beginning of a tikTok of a kid wearing white shorts and especially black top DO NOT WATCH !!!One of them warned, for example.

What exactly did this scene show? Let’s start by advising you not to watch it, the images are shocking. The video, deleted since Sunday but still visible on several sites, is divided into two parts. In the first, a person with long dark hair, dressed in white shorts and a black top, dances, looking at the camera, against a musical background. It appears to be an Asian-type young woman. A username – mayengg03 – appears at the top left of the video. This first part takes up the classic codes observable in countless videos shared on TikTok.

Then, a few seconds later, the scene changes radically: we then see a person curled up in the corner of a tiled room, wearing a black t-shirt, with a white pattern, and shorts or dots. ‘purple underpants, has his throat slit. Two individuals, gloved hands, are at the maneuver. Unbearable, the scene lasts several tens of seconds.

The unresponsive victim appears either unconscious or already dead. The two individuals can also be heard speaking in Spanish, probably to the victimized person: in particular, we can distinguish the words “mother whore“And”fucking», With obvious translation. While the victim also has black hair, she does not appear to be the same person as the young woman dancing in the first part of the video.

TikTok apologizes to members of its community

Contacted by Le Figaro, TikTok tells us that this second part of the video, “with inconceivable content“, Comes from another site: it was”integrated into a video then uploaded to TikTok», Specifies a spokesperson. “The original video was quickly deleted“, Adds the group, whose systems”proactively detect and block any further attempt to download the clip – preventing malicious behavior – before it can even be seen“. TikTok also thanks its users for their vigilance and their reports and apologizes “to members of our community, including our moderator teams, who may have viewed this content».

Thanks to a reverse image search from the violent scene, our colleagues from Liberation have spotted that the second part of the video seems to date from a few years ago, at the beginning of 2019. It would be linked to the murder of a young man south of Mexico City, Mexico, in Morelos. The language heard on the video seems to confirm this origin.

TikTok clearly prohibits, in its terms and conditions, the content “violent and visually explicit“, Including those”gratuitously shocking, sadistic or macabreOr that encourage violence. The network ensures that these rules are applied proactively, “before any content is even reported to us, using both technology and human moderation“. For example, in the second half of 2020, “nearly 90 million videos have been deleted globally for violation“Of TikTok’s rules, says the network in its transparency report, of which 83.3% were before they were seen once. Of those millions of videos, 8.1% were deleted because of violent and visually explicit content.

The fact remains that these rules were clearly transgressed, in the present case, and that the control allowed a particularly violent example to pass. Without the many reports of users, some of whom say “traumatized“, The video could have continued to circulate. Reactions diverge, ranging from shock to nonchalance: “I’m still traumatized“Writes one user on Twitter, when others say”it’s a little yucky», «it’s a little shocking but it’s ok” or “in real life there is worse“. An astonishing phlegm, in front of the violence of the images.