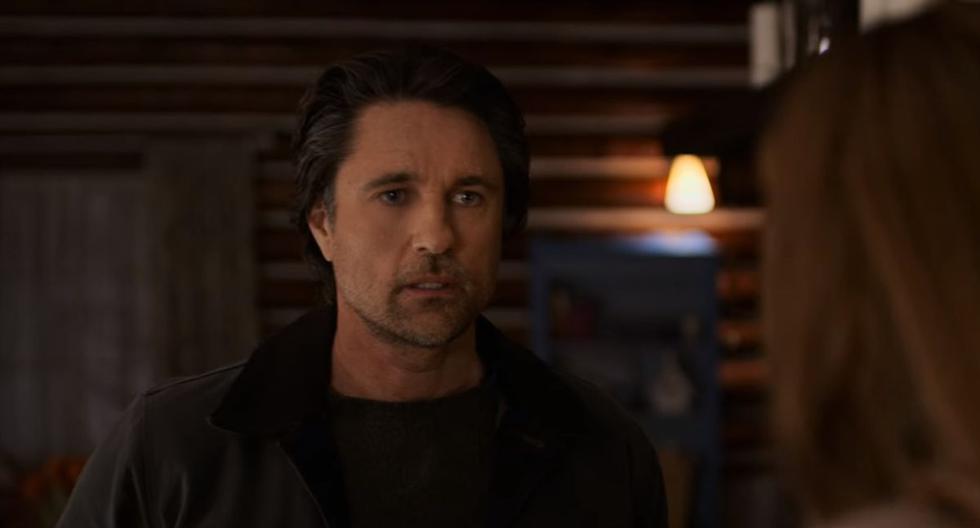 CAUTION, SPOILER ALERT. “Virgin River”Addresses the daunting task of exploring what happens to Los Angeles nurse and midwife Melinda ‘Mel’ Monroe (Alexandra Breckenridge) when she decides to change of scene and move to the small town of Los Angeles after the death of her husband and son . Over time, she develops a relationship with Jack (Martin Henderson), but at the end of season 2, her life is in great danger.

As you may recall, last season of “Virgin River”Ends with the accident of Jack, who is seriously injured, but manages to survive. However, the aftermath of this event is discovered in the season 3, as well as the many personal and professional difficulties of the townspeople. Drama is a main element in this new installment of the Netflix series. What happened in the end? Next, we tell you all the details.

WHAT HAPPENED IN SEASON 3 OF “VIRGIN RIVER”

Jack can’t remember the events that led to his shooting, but luckily, he recovers. His relationship with Mel is an important point throughout the season. In fact, they talk about moving in together and the possibility of having children. Meanwhile, Doc has suffered a brain hemorrhage that could blind him. Hope, meanwhile, is out of town helping her sick aunt. And Lilly is diagnosed with stage 4 cancer.

Brie and Brady go on an affair, but just as things start to get serious, he is accused of being the one who shot Jack, though he denies doing so. Christopher and Preacher also begin a father-son relationship after Paige’s absence. In the season finale, Hope, while trying to return for Lilly’s funeral, suffers an accident and her diagnosis is critical. Brie reveals that she was sexually assaulted by her ex-boyfriend and her miscarriage is from that night. Charmaine and Todd get married and the threat of a custody battle hangs in the air.

EXPLANATION OF THE END OF SEASON 3 OF “VIRGIN RIVER”

One of the biggest plot points in season three is the mystery of who shot Jack. While everyone points to Brady as the perpetrator of the attack, the protagonist remembers seeing his partner Marino at the bar that night. However, it is not confirmed if he was the one who actually shot her. The only certainty is that they were both in the same place that night.

However, in the end, Brady is arrested after police find in his car the gun that was probably used to shoot Jack. Meanwhile, the man proclaims his innocence, and points out that the gun was placed.

SO, DID BRADY SHOOT JACK?

With a character as morally dubious as Brady, it is compelling to believe that he is the perpetrator. After all, he was working a shady deal with a drug dealer, and generally nothing really saves his character. Even Brie has a hard time believing that a person like him can change. But season 3 also works hard to show that the Marino is trying to change his life.

However, there is one particular conversation between Mike and Brady that makes it appear that the latter is actually innocent. Mike tells him that his motive for shooting Jack was to make Calvin like him again, but since Brady has somehow been able to fix his life, this theory becomes worthless in season three. In fact, throughout the season he tries to point out that the cop is actually dirtier than he appears, which is why he is also one of the suspects.

As the third season progresses, Mike becomes the prime suspect of having placed the gun in Brady’s car and is consequently the person who shot Jack. But why would he do that? Although the series does not provide more details about it, it is likely that the policeman is on Calvin’s payroll and that drug trafficking and Jack’s opposition led him that night to try to end the life of the protagonist.

PREACHER FALLS INTO THE TRAP

At one point in the story, Preacher meets Sally for a private chat. She explains that Paige wants to give herself up, but wants to see Christopher first, so the man tells her that this can’t happen, as the little one will end up in foster care. They then go to the cabin where Paige is, but suddenly Preacher gets dizzy and falls to the ground. Apparently, Paige’s friend drugged him to help Wes take Christopher away.

Plus, with Paige wanting to turn herself in to the authorities, it becomes even more imminent to take Preacher out of the equation. So when we see Wes in the house as Christopher and Connie walk in, it becomes clear that Paige’s friend has stabbed the mother in the back. The Preacher will most likely have an uphill battle from now on to get the little one back.

WHO IS DOC’S GRANDSON

On the other hand, in the last episode, we see a new face in the small town: that of Doc’s grandson. The reason this surprises Jo Ellen is probably because Doc and Hope, having been married for so long, They never had children, at least that’s what I knew until now. Although, since they were separated for a moment by Doc’s infidelity, their life is about to get even more complicated.

MORE INFORMATION: Explanation of the ending of “The Forever Purge”

Hope has always been against the idea of ​​having children, and it seems highly unlikely that she managed to be pregnant for so many months while married to Doc. On the other hand, it could be the case that her husband’s affair with the mother de Charmaine led to this result.

Doc and Hope are still together despite this. And it is likely that Charmaine’s mother never revealed her pregnancy and kept it a secret all this time. There would have been no way for the doctor to find out that he has children, so suffice it to say that the entrance of the grandson is going to alter, at least initially, the status quo of these characters. We will have to wait for the next season to fully unravel this mystery.

THE CLOSING OF THE SEASON

In episode 10 of “Virgin River,” when Connie and Christopher return home with pizza, Vince lurks in the darkness of the living room. Meanwhile, Jack and Mel enjoy a picturesque place together. He reminds her of the time he fell in love with her. Then he goes to propose, but Mel tells him that she is pregnant, good news that he happily accepts. However, the protagonist tells him that they are not so good because she is not sure that he is the father.

MORE INFORMATION: “Atypical”, explanation of the end of season 4

HOW TO WATCH SEASON 3 OF “VIRGIN RIVER”

Season 3 of “Virgin River” has 10 episodes of between 40 and 48 minutes each. In order to enjoy each of the chapters you can enter Netflix, since its premiere was on July 9, 2021.

If you don’t have Netflix yet, it is worth mentioning that the platform offers several plans for you to choose the most appropriate one. The plan you choose will determine the number of devices on which you can watch series and movies at the same time.