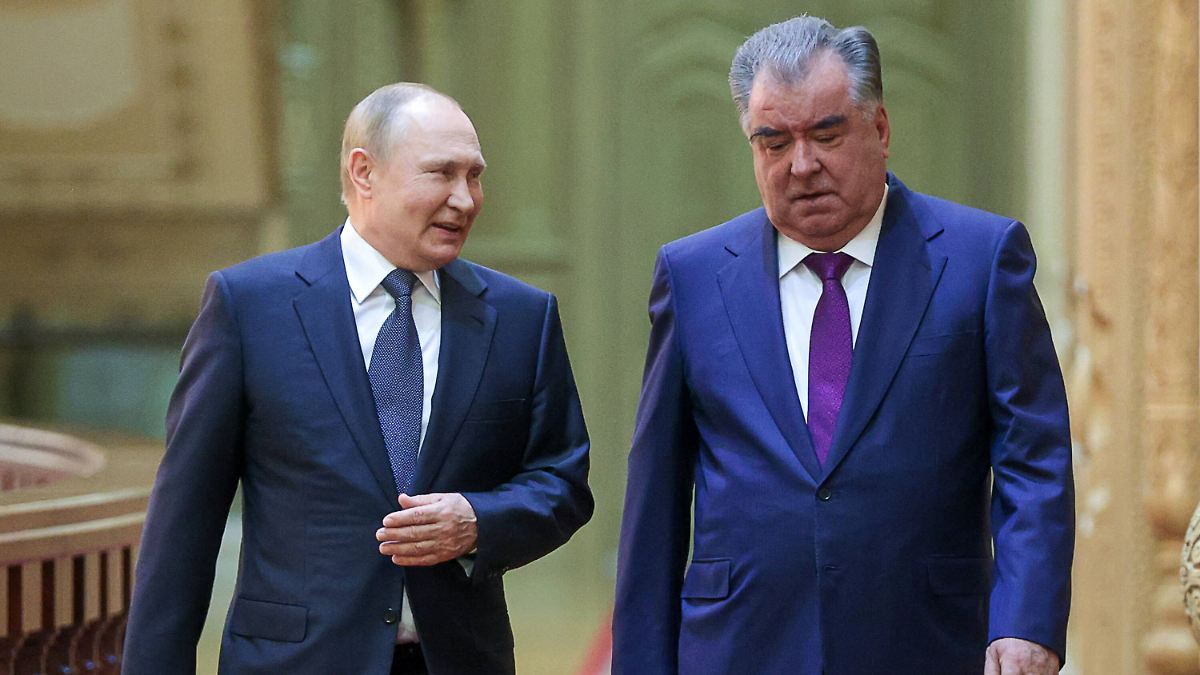 Visit to Tajikistan
Putin wants to build relationship with Taliban

Russian President Putin is traveling abroad for the first time since invading Ukraine. In Tajikistan he announced that he wanted to stabilize the situation in neighboring Afghanistan. The Kremlin chief advocates good relations with the radical Islamist Taliban.

Against the background of Russia’s catastrophic relations with the West, the Kremlin has emphasized its interest in improving relations with the militant Islamist Taliban in Afghanistan. “We are doing everything we can to normalize the situation in the country and are trying to build relationships with the political forces that control the situation,” said Russian President Vladimir Putin during a visit to the ex-Soviet republic of Tajikistan, which borders Afghanistan Interfax news agency.

The Taliban have ruled Afghanistan since summer 2021. The Islamists’ takeover of power had fueled fears of destabilizing other countries in the region. Tajikistan is the poorest of the former Soviet republics and shares a 1200 km border with Afghanistan. For months there have been repeated clashes between Tajikistani forces and Afghan drug smugglers.

The regime in Kabul is not recognized internationally – the Taliban are also officially considered an Islamist terrorist organization in Russia. However, a Taliban delegation was already present at the International Economic Forum in St. Petersburg.

Tajikistan is economically heavily dependent on Russia. Moscow also maintains a significant military base in the country. Putin said to Tajik President Emomali Rahmon: “You know best (…) what needs to be done to ensure that the situation in the region, in this area in which we have a shared responsibility, is stable and does not threaten anyone.”

In Tajikistan, Putin is on his first trip abroad since Russia launched a war of aggression against Ukraine at the end of February. During his visit, Putin said he wanted to get an idea of ​​the situation in Central Asia. On Wednesday, Putin wants to travel to the Central Asian country and the former Soviet Republic of Turkmenistan.