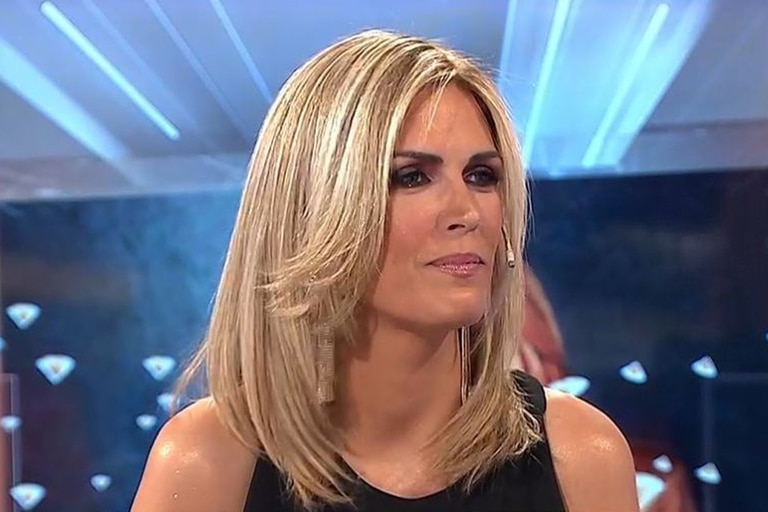 Viviana Canosa last night related details about how your relationship with President Alberto Fernández continued, after a confusing episode where they exchanged messages and where, according to the journalist, the president intimidated her, just as he recounted during his show in July of last year.

“About a month ago he called me to see me and to have lunch in Olivos. He asked me for forgiveness. And I also… I took the opportunity to continue my game, because I felt absolutely disappointed. The same would have said of Macri. And look, I’ve said things about Macri. Nobody ever called me that … I got scared, “he said this Friday on the Intratables program, for America.

Canosa gave details of the background of that conversation he had with the President and clarified how the conflict originated. “I have been helping soup kitchens in La Matanza for years, but I don’t count it. In the middle of the quarantine, the people of La Matanza tell me that their food is not coming, so I send a message to the President. I cleared it up at lunch. I started to say it. I gathered two sticks from business friends and sent them two sticks of food. It was then that this woman called me, I’m not going to give her name, and she says: ‘I have a huge problem: the pointers won’t let me get my food, they’re going to rush me’ ”.

According to Canosa, after reporting what was happening in La Matanza, Fernández replied: “Do what you have to do and don’t get involved in what you don’t know.” And Canosa reflected: “In that tone, Alberto Fernández, president. Me, humble journalist. There I warmed up ”. And then, as he related, the president sent him another message and said: “It’s going to turn everything against you.”

Doman asked him if he had experienced it as a threat. “I didn’t feel it… It was strong. But everything is settled. Although at that moment I began to tremble, I was terrified. I did not tell my daughter’s father [Alejandro Borensztein] nor my family. I kept it quiet for a week. What I do? I censor myself. But that’s it, settled and finished. That does not mean that he does not appear on Monday and make the criticisms that I make of the Government, ”said Canosa.

The journalist was invited to speak about his new program, which starts on Monday at 18, in A24, and about this he said that he asked the channel’s management if there were “black lists”. “I do not operate,” he said.

The driver Fabián Doman, who conducted the interview, asked him about an alleged romance with Alberto Fernández. “You think it was easy for me to enter the channel after they say: ‘She goes out with the president.’ Because I am not that. I made myself alone, ”Canosa recalled.

“I have such great guests on my shows because I call them. And then I smoke when they make up romances for me. I chase them, I drive them crazy, I call them later. I am a producer of soul, ”said Canosa, who strongly denied any type of romance with the president.

Along these lines, the journalist maintained that, due to her insistence, they have invented several romances throughout her career. And he added: “I found out on TV that I had a sudden romance with Berni. And I took that one with more humor. The previous one I did not take with humor … I am not to have romances with anyone, I have to fall in love ”. And, he justified: “It is that when I want something I do not stop until I get it.”