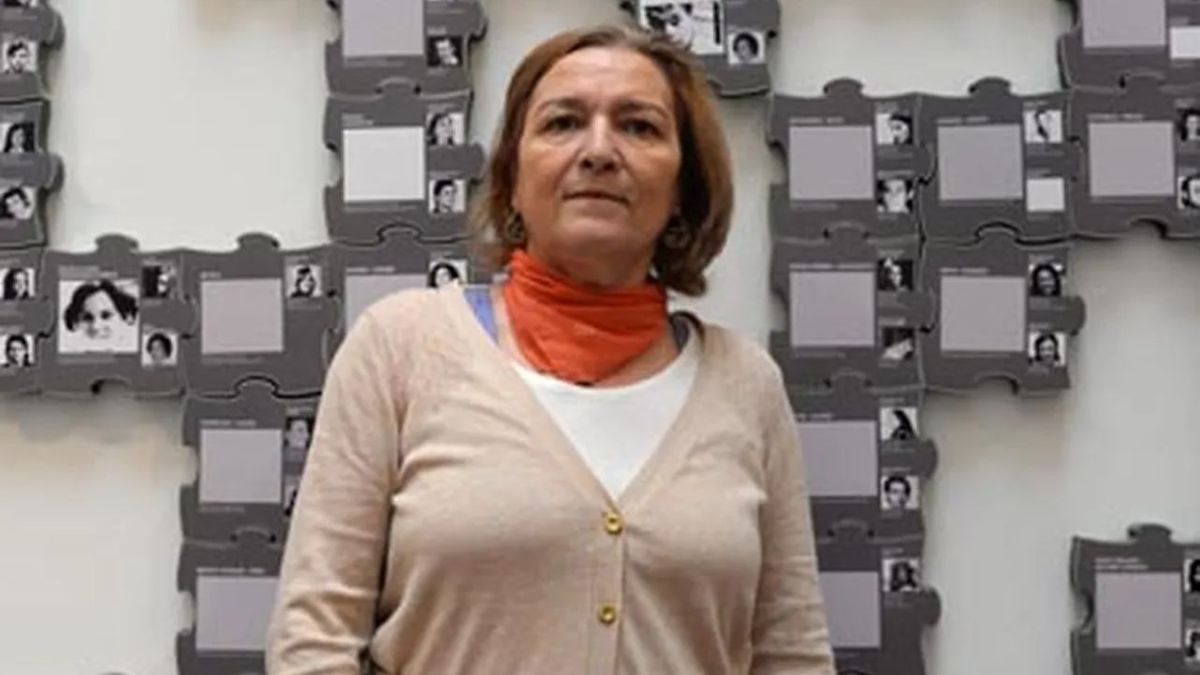 Surprise, regret and anguish are some of the sensations that invade those who knew Viviana Nardonithe former director of the Museum of the Memory of Rosariowho died this Wednesday afternoon in the same museum, located in Córdoba and Moreno.

Viviana, who was 69 years old and retired, died this Wednesday afternoon in the museum’s auditorium while participating in a meeting with the jury of the contest to define the new director of this institution.

At that time, around 3:30 p.m., she lost control, and despite the fact that the doctors arrived quickly and made efforts to revive her for almost half an hour, she died at the scene.

Viviana, in addition to serving as former deputy director and director of the Museum of Memory between 2015 and 2020, was a journalist and communicator, and was a university and political activist. Those who know her also defined her as a “manager of cultural policies” and “a wonderful curmudgeon”.

Nardoni was born in Bigand and came to Rosario to study at the university. In July 1977 she was kidnapped in the city of Rosario and she was detained-disappeared in the La Calamita clandestine detention center and in the Information Service of the provincial police, until September of the same year. From October 1977 until the end of 1978, she was detained in the Devoto Prison.

After the civic-military dictatorship and after years of democracy, in September 2013, Viviana Nardoni, and her husband Luis Megías, gave testimony before the Federal Oral Court 1 of Rosario, which carried out the oral trial for the Guerrieri II case.

Nardoni gave an account on that occasion of the suffering that had caused her since she was kidnapped on July 3, 1977 at dusk, when she was returning from the cinema with her husband Luis Megías and her mother Adela Paolini. With the typical modus operandi of task groups, the three were beaten, threatened with weapons, forced into cars, blindfolded, and transferred to a clandestine center that the witness identified as La Calamita. There, Ella Nardoni was physically and psychologically tortured, with beatings and electricity, all in inhuman conditions of both food and hygiene.

She recounted that days later she and her husband were taken from La Calamita and released in a rural area, although strictly speaking they were handed over to another of the arms of the repressive apparatus in the region: they passed from the clutches of the Intelligence Detachment 121 of the Army, to the of the police chief Agustín Feced’s mob. “When we took off our bandages, a car from the provincial police approached and they took us to the Headquarters and at the Information Service they bandaged us again, we were still in another clandestine center,” explained Nardoni, noting that days later she was taken along other prisoners on a plane to the Devoto prison.

Around Christmas 1978, the woman, along with other prisoners, was brought back to Rosario, and in the courtyard of the then Command of the II Army Corps, where the Museum of Memory currently operates, General Luciano Jáuregui told them that “the Army had decided to bring us back to life, but that we would always be under surveillance.” Nardoni expressed that “it’s like continuing to be a prisoner because every three days I had to go to the police station to see those guys, plus one is a hostage because my husband was in the Coronda prison.”

Biggest rate hike in the US in 30 years