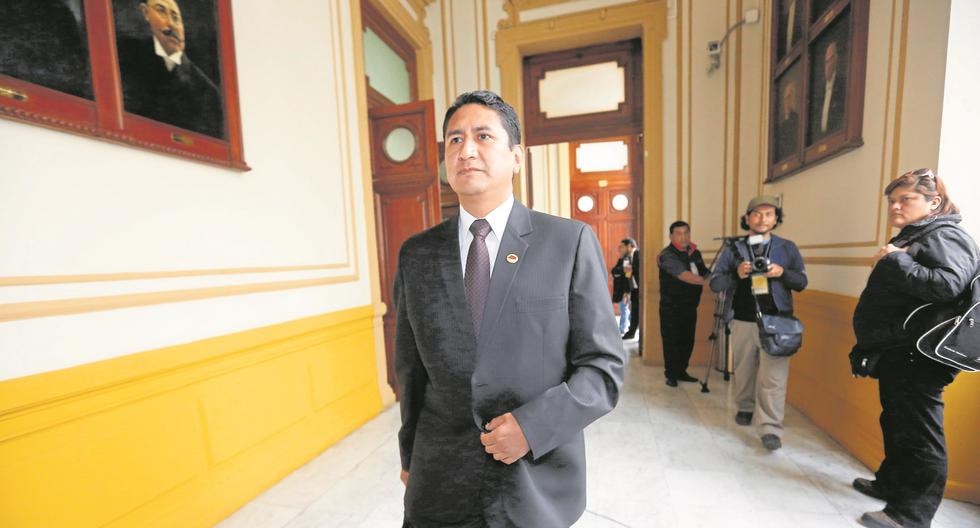 The founder of Free Peru (PL), Vladimir Cerrón, he resorted to Constitutional Court (TC) -through a writ of habeas corpus- in order to annul the conviction for corruption that was imposed and that was ratified at the revoke a resolution that favored him.

According to the document you accessed Trade and that he was admitted to the TC last Tuesday, Cerrón Rojas insists that said body annul the suspended four-year sentence that was imposed on him when he was found responsible for the crime of incompatible negotiation to the detriment of the Peruvian State-Junín Regional Government.

Cerrón Rojas also weighs a measure of disqualification for one year from assuming public office, which has been prosecuted by the former regional president, who recently appealed the decision of the Fifth Anti-Corruption Court of Junín, which rejected his request to consider said accessory penalty fulfilled. This is due to the fact that the entities involved would not have been notified with the measure and therefore, it would not have had any effect.

In addition, he must pay a civil compensation of S / 850 thousand that was imposed as part of his sentence in 2019. With the help of his co-religionists, so far, Cerrón Rojas has paid S / 650 thousand in less than two years.

If the Constitutional Court accepts Cerrón’s request, he would be exempt from criminal responsibility and with it the sanctions imposed against him would disappear, including being disqualified from holding public office.

“That the Constitutional Court, in accordance with the last paragraph of article 20 of the Constitutional Adjective Code, REVOKE the hearing sentence contained in resolution No. 14 dated June 28, 2021, and proceeding to rule on the merits of the Habeas Corpus claim. declare FOUNDED in merit of the factual and legal grounds that will be set forth in subsequent lines”, He requested through his defense.

The lawsuit was filed against the magistrates of the Transitory Criminal Appeals Chamber of the Superior Court of Justice of Junín and others.

Judge José Luis Sardón was appointed as rapporteur for the case and the file was referred to Chamber 2 of the Constitutional Court, which was also made up of judges Ernesto Blume and Augusto Ferrero Costa.

What do you argue?

As it is recalled, on June 28, the Second Criminal Appeals Chamber of the Superior Court of Justice of Huancavelica annulled the resolution of the Preparatory Investigation Court of the Province of Acobamba-Huancavelica that declared a habeas corpus of Vladimir Cerrón Rojas that annulled his sentence.

According to the legal defense of the former regional president of Junín, the lawyer Luis Mayhua Quispe, the resolution “causes an evident injury in every sense, from moral to patrimonial” because it maintains that they deprive him of the possibility of exercising his right to defense within the process for corruption.

“In this way, violating my constitutional right to effective jurisdictional protection, the principle of interdiction of arbitrariness and due motivation, from which the resolution suffers, subject to challenge, all of which generates, as is clearer, a direct damage“, I note.

It indicates that the resolution that annuls the habeas corpus in favor of Cerrón in the Judicial Power would have been in contradiction when maintaining that the trial followed for corruption would not have concluded because a case is pending in the Supreme Court.

In addition, he defended the decision of Judge Alain Salas Cornejo of the Preparatory Investigation Court of the Acobamba-Huancavelica Province, which annulled his conviction, alleging that he did not enter to assess the facts for which he was convicted; but only expressed the lack of motivation about them.

On the other hand, the First Superior Criminal Prosecutor’s Office of Huancavelica -in charge of the superior prosecutor Manfredo Armando Córdova Niño- opened an investigation to judge Alain Salas Cornejo for having issued a resolution in favor of Vladimir Cerrón annulling his sentence.

The decision was adopted after the Second Criminal Appeals Chamber of the Superior Court of Justice of Huancavelica decided to annul the decision of Salas Cornejo.

For this reason, the prosecutor Córdova Niño asked the court to send a certified copy of the file.

“Official Letter No. 076-2021-MP-lra.FSP-HVCA of Manfredo Armando Córdova Niño, Superior Prosecutor of the First Superior Criminal Prosecutor’s Office of Huancavelica, with which he reiterates that certified copies of everything that has been carried out in this process , for the investigation that is being followed against Alain Salas Cornejo, therefore: SEND to the Prosecutor’s Office referred to on the day and under responsibility, duly certified copies of the process for the requested purpose ”, required the prosecutor.