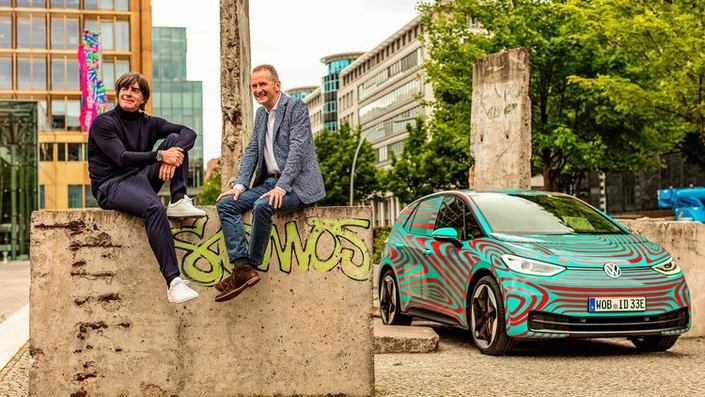 Last summer would have already been eventful within the group’s supervisory board Volkswagen, half controlled by the works council, itself headed by Bernd Osterloh. The latter is an important player in the governance of the German group, and has regularly opposed the decisions of former managers wishing to part with part of the business. This was particularly marked by the disagreement between Osterloh and Diess, who showed on his arrival his desire to separate from the subsidiaries Diesel & Turbo and Renk, which manufacture transmissions. Osterloh had once again succeeded in preventing the reduction of the Volkswagen portfolio, repeatedly mentioned in the press.

One represents the powerful unions and the other has come to transform a giant trembling in the face of the various threats of the new automotive world: digitization, electromobility, new services, Tesla…

Obviously, the understanding would not always be cordial. But Diess has, for him, the support of a whole section of the political class and many investors who believe that he is the actor of the renewal of Volkswagen. Bold, ambitious, innovative, Diess breaks the codes at Volkswagen, even if it means breaking eggs in the process. Even if we must not forget the part of Matthias Müller, who had taken up the difficult torch of Martin Winterkorn following the dieselgate, Diess is the digital man, the ecologist and the billions put on the table to ensure that the Volkswagen Group makes a rapid transition to the electric car.

Too fast, maybe? This is what the unions think, Osterloh in mind. “When I took office, I firmly decided to change the VW system. It means breaking down old, encrusted structures and making the business more agile and modern. The transformation will succeed. Despite Volkswagen’s strong corporate culture“, Diess announced to Handelsblatt.

Unfortunately, last June, Diess found himself somewhat disowned. It was at this moment that he lost the management of the Volkswagen brand, transferred to Ralf Brandstätter, against a background of internal conflicts and tensions. Diess is therefore the boss of the supervisory board, but does not run any brand: a situation that the Germans have called a “naked king”.

Pressure on the assembly lines for the Golf 8 and ID 3, strategic errors, Diess has been the subject of much criticism within his own group. The unions had in particular described in a letter all the problems encountered by the new ID electric cars, and by the deterioration of the brand image and the drops in quality.

However, Diess’s goal remains unchanged: to become the main player in affordable electric cars, to invest heavily in software development (with several thousand IT experts working in the VW.OS ecosystem), and to achieve 200 billion euros of market capitalization, against 80 billion at present. It’s five times less than Tesla. Moreover, Diess often talks about his Californian competitor: he even invited his boss, Elon Musk, to come and try the ID 3.

One thing is certain: if the capitalization does indeed reach this amount, it is not the Piëch / Porsche family (which owns 53% of the shares) that will complain. The latter had also called for “calm” during the summer and an appeasement of conflicts to move forward.