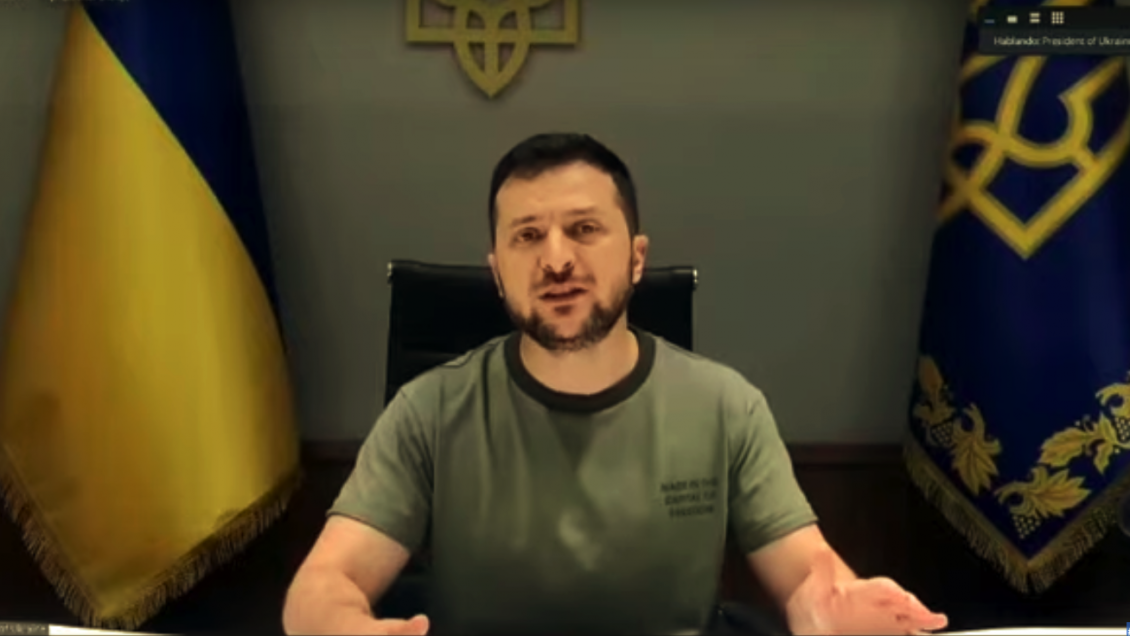 The President of Ukraine, Volodímir Zelenskiparticipated virtually in a forum at the Catholic University and sent, for the first time, a direct message to Chile and Latin America.

The conference is broadcast to more than 300 university communities throughout the continent.

[#AHORA] 🔵 The president of #UkraineVolodymyr Zelensky addresses #Latin America from the #UC to expose on the situation of the country for the first time to the continent. follow him #Live through our YouTube channel: https://t.co/MixWv2M7JF pic.twitter.com/df4zCbDbBL

“The instruments that exist to help us are civilized instruments, they have to be civilized and democratic. First of all, there have to be sanction policies, stop any trade with them so that they understand what war means; not let their tourists come to other countries,” Zelensky said.

“They stole our hearts, our souls, our lives… That’s why no forgiveness. But we will never seek revenge“, Added the president: “When we talk about Russia’s war against Ukraine we are talking about eight years. When we talk about the victims, we start this story not since February 2022starts from 2014 when they started killing ukrainians just for being ukrainians“.

Regarding the presumed mediators of the conflict, Zelenski replied that “for years we wanted negotiationsknowing that this large-scale invasion could happen at any minute and we we could not live knowing that we were under threat of a real war.

“Russia chose another path, the path of destruction of all life that exists in Ukraine; they did not want any measurer. They came to our land, they started this war to annihilate us, to eliminate us; what interests them is to completely dominate Ukraine… That we don’t exist,” he added.

new flagship of the brand – Autoreview