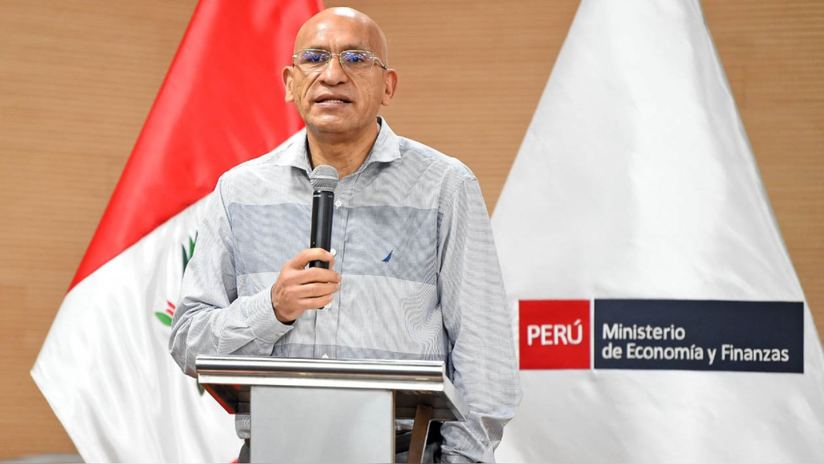 The former Minister of Economy and Finance, Waldo Mendozawarned this Sunday, in a column published in the newspaper Tradethat the long cycle of peruvian economic growth “has ended” due to factors such as political crisis that crosses the country and the paralysis of the private investment.

In his opinion column, the former head of the MEF blamed the government for Pedro Castillo y al Congress of having produced “the most intense and prolonged climate of uncertainty” since the end of the management of Alberto Fujimori.

“The long cycle of relatively high sustained economic growth that Peru had in the last three decades has ended. Am I exaggerating? There are three alarms that are already being observed today,” he said. Mendoza by listing the factors.

To argue his opinions, the former minister mentioned three “alarms”. In first place is the “expected decline in private investment this year and its growth close to zero the following.”

As a second factor – Mendoza warns – in the 2022, and for the first time in this century, with the exception of 2020, Peru will end up in “the bottom third among the countries of Latin America and the Caribbean (LAC). In 2001-2021, on average, we were in the top fifth. From upper fifth to lower third in growth: Castillo’s first legacy.

“Third, the confidence indicator to invest in Apoyo Consultoría, discounting the years 2008 and 2020-2021, of international crisis and pandemic, respectively, is at its lowest level since 2004,” he said.

Possibilities of “a resurrection of private investment” in Peru “are nil”

In that line, Mendoza He estimated that the outlook for the future is discouraging given the “null” chances of a resurrection of private investment, the most important determinant factor of economic growth.

The former member of government of Francisco Sagasti (2020-2021) pointed out that the uncertainty faced by businessmen to invest today is similar to that of the Peru of the late 1980s. Although hyperinflation used to “cloud the vision of businessmen”, today it is the political crisis which makes investment difficult.

“Entrepreneurs today and then have no idea what the next semester will be like. Those of today wonder: will they vacate the president? And if they don’t vacate it, will he continue to govern as up to now? ”, He specified.

Likewise, Mendoza He emphasized that it is not possible for an important private investment project to advance without the help of state human capital. Thus, he criticized the appointments of people who did not meet the appropriate profile to head important State institutions.

“We have the technology to create new growth engines. In practice, the state’s human capital to do so has been dismantled. Am I exaggerating? Two examples that are indications that this government is disputing García I for the worst government championship, ”he alleged.

Waldo Mendoza named the case of Petroperú and recalled that, in September 2021, Hugo Chávez was appointed as general manager of the state company and that on March 2 of this year, due to “lack of access to information”, PwC “refused to audit Petroperú’s financial statements.”

“Due to this fact, days later, S&P downgraded Petro-Peru’s long-term debt rating to “junk” grade. In September, Fitch did the same. As a result, Petro-Peru became a pariah in the credit markets, nor did local banks want to lend to it, until it ran out of liquidity to pay for imported fuels. The government had to organize a bailout. The grace of electing incompetent directors cost almost a point of GDP, ”he questioned.

As a second case, Mendoza mentioned the situation of the Ministry of Transport and Communications (MTC). According to the former minister, “in the January-October period of this year, compared to the same as the previous year, MTC investment has fallen by 29% in real terms, almost like in the pandemic!”

“What to do with the political uncertainty and the depreciated state public capital that is paralyzing private investment and sustained economic growth and, consequently, the economic progress of the country? Can you help me with the answer? ”, She finished.

The Blues qualified in quarters, towards a return of the mask, the morality police abolished in Iran … the 5 facts to remember from the weekend