Wall Street stocks were back in the red Thursday amid volatility in the bond market. and the concerns about further rate hikes central bank interest.

Thursday’s economic reports included data showing a drop in weekly US jobless claims. that point to a strong job market which will likely keep the Federal Reserve focused on its current policy of countering inflation.

US stocks, which have fallen for most of the past six weeks, enjoyed a rare bullish day on wednesday after a Bank of England intervention pressured bond yields in both the United States and Britain.

But yields were higher in both countries for 10-year bondssince the Prime Minister of the United Kingdom, Liz Trussdoubled down on the controversial tax cut policy that has rattled markets.

At half time, the industrial average Dow Jones went down a 1.2 percent. The S&P 500 broad-based dropped a 1.7 percentwhile the composite index Nasdaqrich in technology, fell a 2.5 percent. 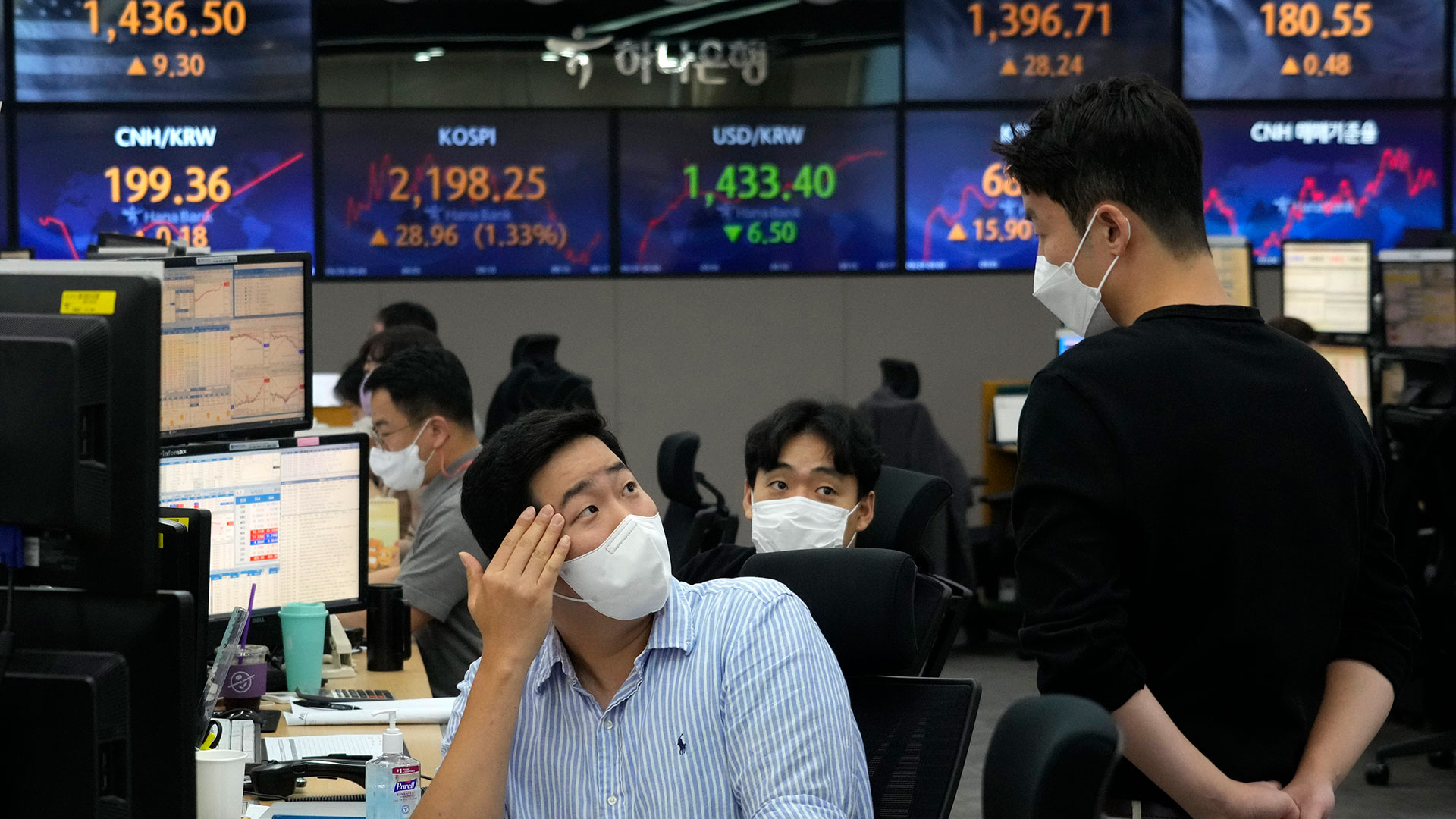 Markets pulled back after Liz Truss shrugged off criticism and a public call by the International Monetary Fund to scrap tax cut plans. (AP)

In Germany, the inflation data impacted, which accelerated sharply in Septemberofficial data showed on Thursday, in the latest sign that Europe’s largest economy is buckling under pressure from high energy prices.

The German Chancellor, Olaf Scholzannounced that the nation would invest €200 billion to protect homes and businesses from skyrocketing energy costs after the Russian invasion of Ukraine.

London shares fell 1.8 percent, as the pound recovered somewhat from earlier declines, a day after the Bank of England snapped up UK bonds to avert a risk to UK financial stability.

Markets fell back after Truss ignored the criticism and a public call from the International Monetary Fund to scrap plans to cut taxes on high incomes. Truss said she is willing to make “tough decisions” to grow the economy.

“The UK government must deliver a credible fiscal plan to complement the BoE’s financial stabilization in a way that supports long-term growth without raising inflation expectations”Invesco’s David Chao said in a report.

Despite Wednesday’s gain, the S&P 500 is down more than 20% from its January 3 highwhich puts you in what traders call a bear market.

The 10-year US Treasury yield, or the difference between its market price and the payout if held to maturity, briefly topped 4% on Wednesday, its highest level in a decade.

Investors are increasingly concerned that Aggressive interest rate hikes this year by the US Federal Reserve and central banks in Europe and Asia to cool inflation from multi-decade highs could tip the global economy into recession .

Investment giant Vanguard estimates the chance of a US recession at 25% this year and 65% next year if the Fed meets expectations that it will raise rates again and keep them elevated until next year.

(with information from AFP and AP)

GTA 5: He becomes a billionaire on GTA Online after 18,340 hours of play, all the details!